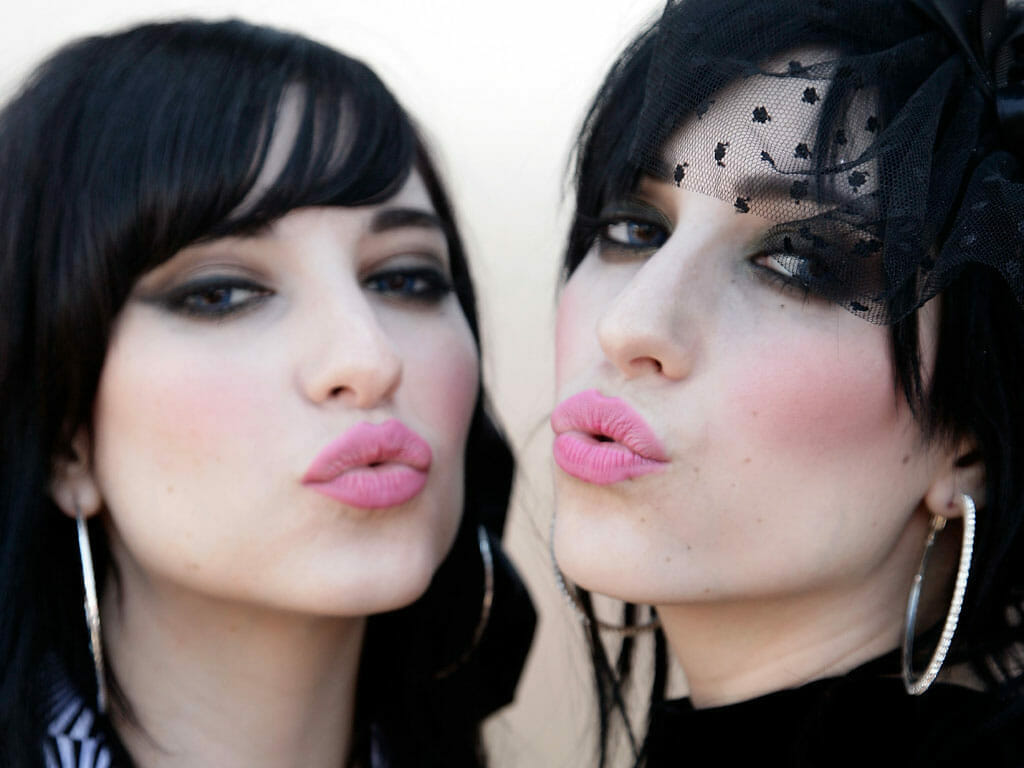 Research into twins is enabling scientists to identify the genes behind glaucoma, myopia and optic nerve hypoplasia. In the future, this ground breaking work will allow DNA testing to detect people at risk, and could lead to the treatment and eradication of these blinding diseases in Australia and throughout the world.

Glaucoma is the second most common cause of blindness in Australia yet half the people who have it do not realise until they have lost a large amount of their sight. However, blindness from glaucoma can usually be prevented through early identification and treatment. The objective of the Twins Study is to determine whether genes play a part in glaucoma as well as myopia and optic nerve hyoplasia – then to determine strategies for identification and treatment or cure.

The man at the centre of the study is Associate Professor David Mackey, an ophthalmologist, and the Managing Director of the Lions Eye Institute in Western Australia. Professor Mackey’s main field of work lies in understanding the genetics of hereditary eye diseases, particularly glaucoma, and he was part of a multinational collaboration with the University of Iowa that identified the first glaucoma gene Myocilin, a finding published in Science in 1997.

He began the much talked about Twins Study in 2000 and collected data for the study from 2001 to 2008. In 2005, Pfizer Australia provided Professor Mackey with an unrestricted AUD$1 million Research Fellowship grant to continue the study over five years.

We believe there will be many other genes that contribute to this disease as well, we just need time – and funding – to find them

Professor Mackey says the grant from Pfizer is unrestricted, “This is a donation from Pfizer for which they expect nothing in return except acknowledgement.”

Data collected from Professor Mackey’s study and studies around the world is now being analysed.

Professor Mackey chose to use twin siblings for the study because they provide an excellent natural experiment in which to investigate important genetic quantitative traits.

Twin studies highlight and disentangle the role of environmental and genetic causes on behaviour. Identical twins, or monozygotic (MZ) twins, are siblings whose genotypes are duplicates of each other. They are most likely the best indicator of whether biology affects traits in human beings. For example, if one twin has dark hair, then the other twin has dark hair as well.

Non identical, or dizygotic (DZ) twins, share exactly half their genes with each other and are similar in genetic make up to first-degree relatives. While they are not as optimal as identical twins for deciphering the degrees of genetic influence, because they share the exact age they are a very good basis for comparison against identical twins.

What all this means is that by studying identical and on identical twins, researchers can observe traits or specific measures and determine whether those traits or measures are caused through genetic inheritance or environmental affect.

If the environment has greater impact than biology in one physical or behavioural measure, you can expect both identical and non identical twins to express different phenotypes (external expression of genetics) that make them unique relative to each other.

Throughout recent history and around the world, many twin studies have been conducted to determine the impact of genes versus the environment on issues including baldness, dandruff and greying; reading ability; smoking and bone density; tooth emergence; borderline personality disorder and psychosis.

The first classic twin study examined the contribution of hereditary factors to refraction in human eyes in the early 1920s. While there have been several twin studies of glaucoma and related traits in literature, most have been small, had limited power and did not use modern statistical analysis methodologies. These have included investigation into the heritability of steroid responsiveness, physiological size of the optic cup, and glaucoma itself. Other concurrent eye studies in Australia have investigated Age-Related Macular Degeneration (AMD) and early phenotypes in individuals over the age of 50 years, and myopia and refractive error in individuals aged 18-50 years.

Collaborating with other research groups was essential in order to minimise the chance of a false-positive result (type I error), to which this type of study is particularly prone.

“A large cohort of well-characterised cases and controls is essential when studying genetic associations. We need to look at data from tens of thousands or even hundreds of thousands of twins,” Professor Mackey said.

A study of twins over age 50, from the Twins UK Eye Study from St Thomas’ Hospital in London, conducted by Dr. Christopher Hammond, was integral to the data collected, as was the Guangzhou Twin Eye project of 1,000 sets of twins aged from seven to 15 years.

In addition, Professor Mackey worked with a large group from the Netherlands and the Western Australian birth cohort, which links into the Avon longitudinal study of parents and children in Bristol in the United Kingdom.

“We also looked at 200 brothers and sisters of the twins studied in Australia,” he said.

This provided the cohort of singleton births to compare with the data from twins to investigate if there were any differences between singleton and twin participants in relation to ocular biometry. As there were no differences in most cases, the study could conclude that twins were representative of the Australian general population. The other major advantage this cohort gave was the possibility of investigating latitudinal variation in disease, much of which is due to differing levels of sunlight, particularly U.V. exposure. It is firmly established that U.V. exposure contributes to several diseases affecting the eye, for example, pterygium and cortical cataract.

Professor Mackey said that while most twins were happy to participate in the research, and understood its value, in some cases, parents of young children had to be encouraged to give consent and children had to be encouraged to undergo eye tests. In addition, it was often hard to coordinate twins for testing at the same time and under the same conditions.

Australia’s famous pop duo, The Veronicas was one of the first high profile sets of twins to sign up. Jess and Lisa Origliasso stated that they were right behind the project and that it was important research they were glad to be involved with.

Professor Mackey hoped the Twins Study would identify genes that influence measurements of parts of the eye. He then hoped to discover whether those genes could lead to eye diseases like glaucoma and myopia.

“The first step in the research was to measure and compare parts of the eye and visual acuity within identical twins to see how they correlate. Then we did the same with non identical twins,” said Professor Mackey.

All the data has now been collected and is being analysed but as with all discoveries in eye care, it will be many years before treatments can be developed and released.

The gene that influences corneal thickness was identified early in the study. Identical (MZ) twins had more similar corneal thickness than the non-identical (DZ) twins. Indeed with 95 per cent heritability, scientists were confident that they would find some genes affecting the thickness of the cornea, an important measure in glaucoma and for determining whether people are candidates for surgery for myopia.

The study used microsatellite data to analyse linkage for axial length of the eye, an important measure for the risk of becoming myopic. This study, which analysed 1,790 eyes found a peak in normal distribution. There was higher correlation for identical compared to non identical twins, giving additive genetic effect of 81 per cent with further 11 per cent individual and eight per cent eye-specific environmental effects.

By measuring the size of the optic nerves using a 3D computer to map out the edges, then comparing half a million DNA markers called SNPs, the study found one was frequently associated with a larger optic nerve size (Figure 1). This was near a gene called ATOH7, which researchers had identified as being related to the optic nerve development in a mouse. Glaucoma is the most common disease to affect the optic nerve and it is hoped that this gene will help researchers to understand more about glaucoma and other optic nerve diseases.

“We believe there will be many other genes that contribute to this disease as well, we just need time – and funding – to find them,” said Professor Mackey.

Professor Mackey’s study has also identified two genes in older people that are associated with myopia. The study is now focusing on younger adults and will hopefully have the same level of success.

“By understanding more about what these genes are involved with, we hope to find some strategies that will enable us to identify a predisposition to disease as well as prevention and treatment,” he said.

As well as looking at genetic influences on eye disease, the study has examined environmental factors that influence the eye. The Tasmanian Twins study identified that a mother who smokes in pregnancy has an increased risk of giving birth to twins with a turn in their eye (strabismus) and poor 3D vision. The study also revealed that smaller birth size was associated with narrower blood vessels in the eye.

Professor Mackey says that while the findings from research and analysis to date are exciting, there is much to be done.

“Major studies in ophthalmology don’t usually have timelines. Look at the concept for the intraocular lens, which was founded in the 1940s. It wasn’t until the 70s that we were giving intraocular lenses.”

Similarly, rubella was first described in 1740, but it wasn’t until 1940, when there was a widespread epidemic of rubella in Australia that ophthalmologist Norman McAllister Gregg found that from 78 cases of congenital cataracts in infants, 68 of them were born to mothers who had caught rubella in early pregnancy. He published that account in 1941.

Professor Mackey hopes to conduct a 10 year follow-up to the Twins Eye study in Tasmania and Brisbane, starting in 2013, which will yield more valuable information, and hopefully, contribute to the eradication of blinding diseases. In the meantime, analysis of current data continues. Watch this space. 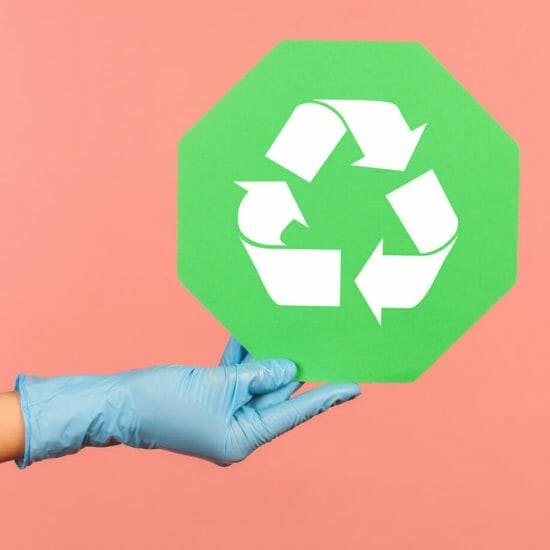 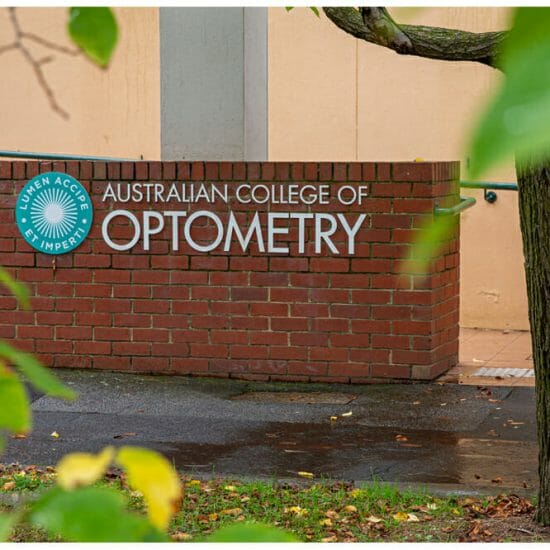