From time to time I receive calls from non-members (and a few members as well) asking about the contribution of Professional Indemnity (PI) insurance to their membership fees. Very often the caller is concerned at the cost of PI insurance for optometrists, especially given that rates recently increased. When I tell them that per member, the cost is about AUD$500-$600, I often get a response of ‘that’s outrageous – far too expensive!’.

I had a call like this the other day, so I decided to find out what some of our collegiate professions pay.

In 2006, non-procedural General Practitioners (GPs) with billings of AUD$100,000pa paid nearly AUD$4,000pa in PI insurance. Using the Consumer Price Index (CPI), that means that in 2011, their insurance premium would be about AUD$4,750pa.

Optometrists who are not Optometry Association of Australia (OAA) members reportedly pay about AUD$1,650pa just for insurance. And when you consider that for an extra AUD$100 or so a full-time member gets everything that the Association has to offer, insurance alone suddenly doesn’t look like such a good deal.

So it looks like PI costs for OAA members might not be that high after all – at the very worst we’d be regarded as being at the lower end of the scale. Another good reason to join your colleagues at the OAA.

A final reminder to all optometrists that the 40 point CPD requirement must be met by 30 November 2011. There are still a number of courses available for members who need points, so go to www.oaansw.com.au or www.optometrists.asn.au for more information.

The Victorian Division is running an end of year breakfast for Victorian optometrists followed by an optional one hour CPD program.

The breakfast will be held at Leopard Lodge at the Melbourne Zoo on Thursday 1 December. It will run from 8.00am-9.30am and is an opportunity for a social catch up with colleagues. We hope members will take the opportunity to arrange to meet their optometry friends who are practising in other parts of Melbourne or in country Victoria. The breakfast will be followed by an optional one hour CPD presentation for those who are keen to kick off their new year CPD calendar. This is a member only event and there is a charge. Be sure to book your place early for breakfast and/or the CPD session by calling (AUS) 03 9652 9100.

We have had more than 300 members attend our CPR sessions, and effectively complete the accredited course prior to registration renewal on 30 November. Remember, all optometrists need to have completed a course within three years of registration renewal.

We were really pleased with our members’ response, last month, to our first webinar – clearly members are keen to find a range of ways to meet their CPD requirements. We know that many members need to fill in just a few points here and there and, fortunately, new technologies are opening up that allow you to do this. Being able to log on at home for a CPD session is one great way, and given the response to this first session we will follow up with further webinar CPD sessions.

Don’t forget the Division’s Annual General Meeting from 6.30pm on Monday 17 October at our offices at 28 Drummond St, Carlton. We promise to keep the meeting quick and casual. The OAA Vic Board has proposed a small constitutional change that will be voted at the meeting, so please think about coming along. The meeting will also include an update from Professor Algis Vingrys, the new Head of Department of Optometry and Vision Sciences, at the University of Melbourne. The meeting lasts just one hour, then you are invited to stay on and share a drink and dinner with friends and colleagues.

Finally, please remember we are here to assist you so please don’t hesitate to call the office on (AUS) 03 9652 9100. We are always happy to chat to members.

Assessment is the buzzword across the optical nation and not surprisingly this Division is also addressing the issue. CPD delegates are keen to participate to achieve an additional 50 per cent in points.

At North Queensland Vision held in Cairns from 10 to 12 June, delegates were given the option to participate in an assessment system delivered by the Tasmanian-based Educational Programs and Services (EduPro). Director David Reid resisted the temptation to stay in the chilly south and made the trip to Cairns to inform delegates about the system, to oversee implementation and to answer questions.

Delegates could choose from using their laptops or mobile telephones to answer questions during the sessions or to participate in the assessment process within two weeks of returning home to their practices. The results were extremely pleasing.

The Division has received mixed feedback about the alternative hand-held remote system used in other states and it is fair to say that based on that feedback and comparing the Cairns experience, that it favours the EduPro approach. A further trial will be held during the 1 October “OAA New Directions” CPD series at the Hilton Brisbane however, it does seem a fait accompli that this system will be employed at the April 2012 Australian Vision Convention at the Gold Coast.

I record here our thanks to the presenters in Cairns who embraced the assessment concept and who delivered a range of assessment questions for delegates to contemplate. Eighty-two per cent of delegates said the questions were about right, 14 per cent said they were too difficult and five per cent said “too easy”.

The President of the Tasmanian Optometry Foundation (TOF), Mr. Chris Dobson announced the winners of the inaugural TOF Scholarships at the Coopervision Congress dinner held during Tasmania’s Lifestyle Congress VII in August.

The TOF was established in 2010 as a charitable organisation to advance the education of optometrists, optometry students and the practice of optometry in Tasmania.

Nominations for inaugural scholarship grants were called earlier this year, and three scholarships were awarded.

One award is to a young Tasmanian student, Marian Doherty, who is currently studying optometry at a mainland institution. The scholarship will enable her to undertake her fifth and final year of study.

The third award was presented to Tasmanian optometrist Daryl Guest. His grant will enable him to travel to America to learn ‘hands on’ technique around the assessment and removal of simple lid lesions and current methods of corneal screening and biopsy.

Each of the awardees will be required to prepare a report for the Foundation to be available to speak and instruct at Association conferences and workshops.

There were 115 delegates registered for the event, but for the first time ever registrations had to be closed four weeks prior to the Congress due to the limited number of seats in the hotel theaterette.

TAS OAA president Karen Garner said that as the 2010 Congress was close to capacity and the trade exhibition has had a waiting list for the past two years, the Association would be considering an alternative venue for the future congresses.

In his remarks during the final session of the Congress Optometry Board of Australia, Chairman Colin Waldron announced that the two-year rolling program for CPD points would be re-introduced.

The social highlight of the TLC VII was the cruise to Moorilla winery for the Congress dinner and a viewing of Tasmania’s latest attraction MONA (Museum of Old and New Art).

This year TLC had its first ever Gold sponsor, Abbotts Medical Optics.

Next year’s Congress will be held in Hobart from 24-26 August. The keynote speaker will be Dr. Robert B. Greer, Chief of Low Vision Services at the University of California School of Optometry. 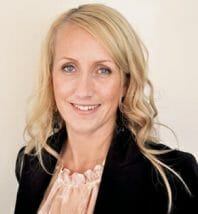 A new Chief Executive Officer has been appointed to the Optometry Association of Australia’s Queensland/Northern Territory Division. Cristy Ross took over the role formerly held by Greg Johnson on 12 September.

Having worked with the OAA Qld/NT Division in communications six years ago, Ms. Ross said she is thrilled about returning to the group.

“I know the team very well and I’m very excited about the opportunity. Over the past years, I’ve stayed in touch with the Division, I’ve attended their conferences and events and helped out whenever I could. The team is really proactive, and it’s always wonderful to work with a proactive group of people,” she told mivision.

Since working with the OAA Qld/NT, Ms. Ross has furthered her experience in marketing, communications, public relations and media relations. She says she will put the skills gained to good use in her new role.

“I want to look at the Division’s existing communications to review how we can improve them… how we can take advantage of new communication channels to deliver integrated information that is useful and manageable for busy optometrists… We will look at how we can make See Magazine more interactive, with links to information and different websites so that when optometrists open it up they can interact straight away.”

Ms. Ross said she will also look at increasing community awareness of optometry services. “Many of our optometrists are already out there providing volunteer community services. So what we now need to do is educate the community about what’s available to them… what they can access an optometrist for,” she said.

Ms. Ross was previously employed by Australian General Practice Accreditation Limited. Having worked to meet the marketing and communication objectives of both the 2007 and 2010 federal elections and the 2009 Queensland State election campaigns in previous roles, she has gained valuable experience in liaising with key decision makers and relevant industry stakeholders.