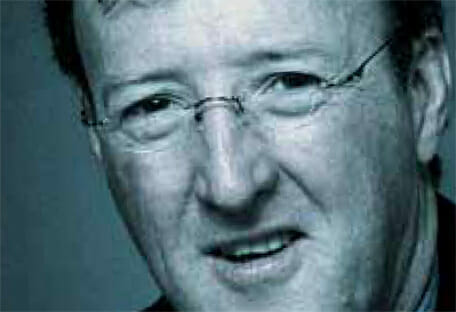 Travelling the world has given mivision’s roving columnist, social commentator and optometrist, Geoff Lawson cause to consider the importance of language and communication in building relationships… and reading maps.

Last month I wrote from Dhaka, the capital city of Bangladesh, where I was involved in coaching some of the nation’s young up-and-coming cricket talent. Dhaka, as the ninth largest city in the world and also one of the most densely populated, is one of the world’s ‘mega-cities’. It has neither the beaches of Sao Paulo; the cuisine of Tokyo; nor or the pungency of Calcutta (which is these days known as ‘Kolkata’). What it does have is the traffic of all three of these cities combined. Indeed, Dhaka is sometimes referred to as the ‘rickshaw capital of the world’.

Bangladesh was formed in 1971 when East Pakistan, already geographically separated from the rest of Pakistan, seceded during a brutal and bloody civil war.

So what does all this language confusion say to me? That language keeps humans apart from each other just as effectively as oceans

The first language of someone on the Indian sub-continent will depend on just where you happen to be… you may encounter Punjabi, Maharathi, Telugu, Malayalam, Tamil, Bengali, Gujarati and the attendant dialects.

English becomes the common thread in which many people in these areas communicate verbally and so it follows that many of the public notices are also in that imperial tongue. If you come from the Punjab and want to do business in Kerala or Bengal then you had better have decent grasp of English because the odds are that you won’t know more than a few phrases or words in another south Asian language.

In Dhaka itself, there are few signs in English, as the 150 million residents sharing the relatively small geographic area basically share one tongue. But travel to downtown Mumbai, the financial centre of India, and you will not find a sign written solely in the native Hindi – many would be in English only.

I speak and understand Hindi passably and know a few words and phrases of several other Asian languages, but as I travel, I am reminded anew of my fondness for my native tongue, and grateful it has been adopted by so many other nations as their first, second or third language.There are, of course, many nations that don’t cater to English speakers.

The French, for example, don’t bother with dual signage. If you don’t read or speak the local lingo, then you will suffer. I suspect this is just how they want it to be.

But I was surprised to find some of my most difficult communication issues arose during a trip this month to the United Kingdom (yes, I know what you are thinking: Dhaka last month, UK this month… someone has to do it).

You see, I have been driving the back roads and byways of Wales with my wife as navigator (fortunately the hire car had GPS as a backup). We stumbled (if you can stumble in a motor vehicle) upon Barry, the birthplace of the Australian Prime Minister Ms. Julia Gillard. The seaside town (not a village, nor metropolis nor a resort… ‘town’ seems to sum it up more than adequately) is in the middle of a 21st century refurbishment with dockside warehouses, long since abandoned by the fisheries and coal loaders, now being converted to red (Gillard red?) brick and white fibreboard apartments.

The road signs appear in two languages – much as you would find in Pakistan, India and Bangladesh. Despite its close political and social ties to the rest of Great Britain, Wales has retained a distinct cultural identity and language. The confounding property of Welsh roads signs and place names etc. is that they are generally so elongated that you only get to read slightly less than half of it, let alone see the much shorter English translation, before you have driven past! The polysyllabic risk issue rises dramatically when you are travelling at speed in traffic and you don’t have much of an idea where you are going!

So what does all this language confusion say to me? That language keeps humans apart from each other just as effectively as oceans. Speaking another language and communicating with those who own that language can be one of the most profound ways to bring people together.

Fortunately for my wife and I, street signs in Cardiff are written in both Welsh and English, or we may well still be circling roads with three ‘f’s in a row and six consecutive consonants. I never have that problem in Mumbai, Delhi, Dhaka or Lahore … they speak English.

Geoff Lawson OAM is a qualified optometrist and an ambassador for Optometry Giving Sight. He is a former Australian Cricketer and the former coach of the Pakistan cricket team. In 1990 he received an OAM for services to cricket and in 2002 was given the Australian Sports Medal.

* “Do you speak English?” (with apologies in advance to any Welsh readers for any errors in translation!).