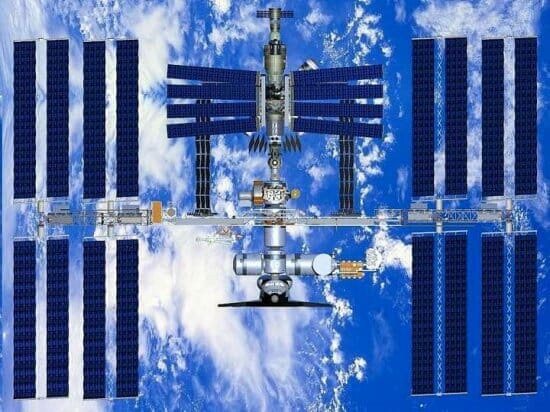 Twelve Sydney children who are blind or have low vision found out just what it is like in space, when they had the opportunity to chat with a NASA astronaut during a live radio hookup to the International SpaceStation (ISS).

NASA Astronaut Mike Fossum, who is orbiting Earth on the ISS, spent 10 minutes answering questions from the 12 children, who are clients of Vision Australia.

The International Space Station is the biggest object ever flown in space. It travels around the Earth at an average speed of 27,700 km/h, completing 16 orbits per day. At night it can easily be seen from Earth, as it flies 320 km above us.

The 12 children chosen for the event were aged between eight and 12 years, and began practising their questions, in braille and large print, two weeks before the radio hookup at the end of August.

Eleven year old Lilian wanted to know what stops the astronauts and their pillows floating away when they went to bed.