Connect with:
HomemitwocentsWhat’s In An Appearance
mitwocents
author: Geoff Lawson

What’s In An Appearance 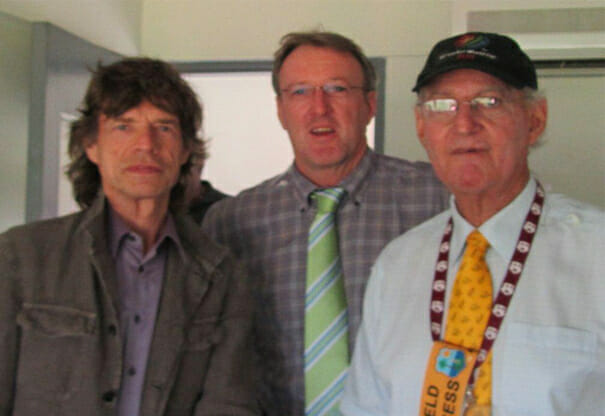 Glamour and glitz or rustic and functional… what does it matter, as long as the quality and care are all there, writes Geoff Lawson.[/vc_column_text][/vc_column]

It’s been a tough slog in the Caribbean with weeks of work, work, work and rum punches, flying fish salads and asking the locals why it rains so much in paradise.

Commentating on cricket can really take it out of you, mentally and physically.

There just aren’t enough recovery days on these jam-packed tours as the modern players constantly moan. They think it’s hard work out there on the lush outfields in the sunshine where tropical breezes evaporate their perspiration. Yet those players have no real concept of the hardship and toil behind the glass walls. When the air conditioning is stuck on high and the tyrannical director demands ‘more energy’ because the Test match is dragging: “We do have some viewers who actually LISTEN to you lot!!”

No shiny shop fronts here, it’s all wood, stone and plaster. Rustic and practical in appearance and function – yet the quality of eye care is still there…

Appearances on camera with no dedicated make-up artist are fraught with insecurity over the wind-blown coiffure, balding pate and sun spotty cheeks. Working in seated position most of the day is horrific for a former fast bowler’s knees and lumbago.

This is further exacerbated when you have to sit down in a restaurant all evening and the service is slow. Here the waiters run on ‘Caribbean time’ so nothing happens in a hurry, and maybe it doesn’t have to.

“Mate, we ordered that curried Saltfish an hour ago!”

Port of Spain is one of the larger cities in the Caribbean with a population of around 200,000, but buildings over three stories are few and constitute mostly government offices. Frederick Street, in the downtown area, is the equivalent of Harley Street in London or Macquarie Street in Sydney. Medical specialists reside side by side with shingles that present their qualifications, mainly from the US and Britain. Each day they see a local population with all sorts of maladies from piles to pimples.

Frederick Street also contains the optical houses – optometrists, ophthalmologists, optical dispensers crowd within a couple of blocks. The street is just wide enough to park a vehicle on either side and allow one-way traffic, so it is little bother to take a few paces up, down or across if you want a second opinion.

The ground floor optometry practices range from contemporary chrome and stainless steel shop fronts to a basic over painted wooden fascias with steel mesh security cages that send a very obvious message about the owners’ out of hours apprehensions.

I stuck my head into one of the plusher establishments to get a gist of the prices and service. The waiting room, at the rear of the premises, was as full as a CPD lecture in November and tucked behind display cabinets filled with up-market sunglasses (current trend in Trinidad, if not the entire West Indies, is for anything that local cricket hero Chris Gayle wears i.e. big, blingy and KOOOOL). I decided that it wasn’t quite politic to whip around for a quick straw poll to ask patients why they were there (‘can’t see very well doc’ being a common thread I would guess). The average age yelled ‘presbyopia’ but the most encouraging sight was that the room was SO full.

In Australia a consulting room in a medium sized practice space with about 20 people waiting might indicate ‘under servicing’. In rural Australia it might be a sign that it was Wednesday morning and the visiting optom was doing his/her rounds. Here, I just thought it was a good sign that the locals thought enough of their vision that they would sit patiently and wait their turn (for how long I’m not sure – the number of optometrists in the practice was not listed).

The beckoning advertising at the entrance enticed “Complete Glasses TTD$599” – or just under AUD$100. An eye exam was only TTD$90 – less than AUD$15. A block up the road towards the Queens Park Savannah, and straight across from “K Kong Watch Repairs” (no doubt specialising in the larger client with hairy wrists) was ‘Ben Boddington Optical’. This store lacked the bells, whistles, chrome, and glitzy display panels of the competition down the road, but still had customers waiting in the doorway. Different market, same suburb.

Trinidad is one of the larger and morepopulous islands in the Caribbean with about 1.5 million people. It has oil as a major resource and, much like Western Australia, these days enjoys an economic buoyancy from what comes out of the ground. Health services are, therefore, proportionally better than those of my current location, the island of Dominica, named so because Christopher Columbus discovered it on a Sunday in 1493. Not to be confused with The Dominican Republic, where baseball is the major sporting interest, which is situated further north in the Caribbean Sea and divided in two with Haiti – much as PNG is to Irian Jaya.

The Commonwealth of Dominica, sandwiched between two French territorial islands of Martinique and Guadalupe, has between 70 and 80,000 citizens, depending on which one of them you might be asking at the time. No-one really cares too much in any case, although they love to inform you that Dominica has one of the highest percentages of centenarians in the world – you are more likely to be killed by a falling coconut than stress in this version of paradise!

They live on a lush volcanic peak 24 miles long and 15 miles wide, which rises to almost 5,000 feet at the apex and immediately off the coast drops to 6,000 feet below sea level. In Roseau, where cruise liners tie up almost in the city centre and unload the tourists for their expedition of tea towel and fridge magnet purchases, I found just one optometrist who serves ‘over the counter medicines’ and one ‘eye specialist/surgeon and consultant ophthalmologist’ who is educated in Havana, Cuba. No shiny shop fronts here, it’s all wood, stone and plaster. Rustic and practical in appearance and function – yet the quality of eye care is still there.

In the end I guess that’s what the raison d’être of any practitioner should be. Make sure the patient’s welfare is the most important ingredient of your practice and your practise. Appearances are only shop front deep.