Connect with:
HomeminewsSuper Sunday Lives Up to its Name
minews
author: Mark Cushway and Melanie Kell 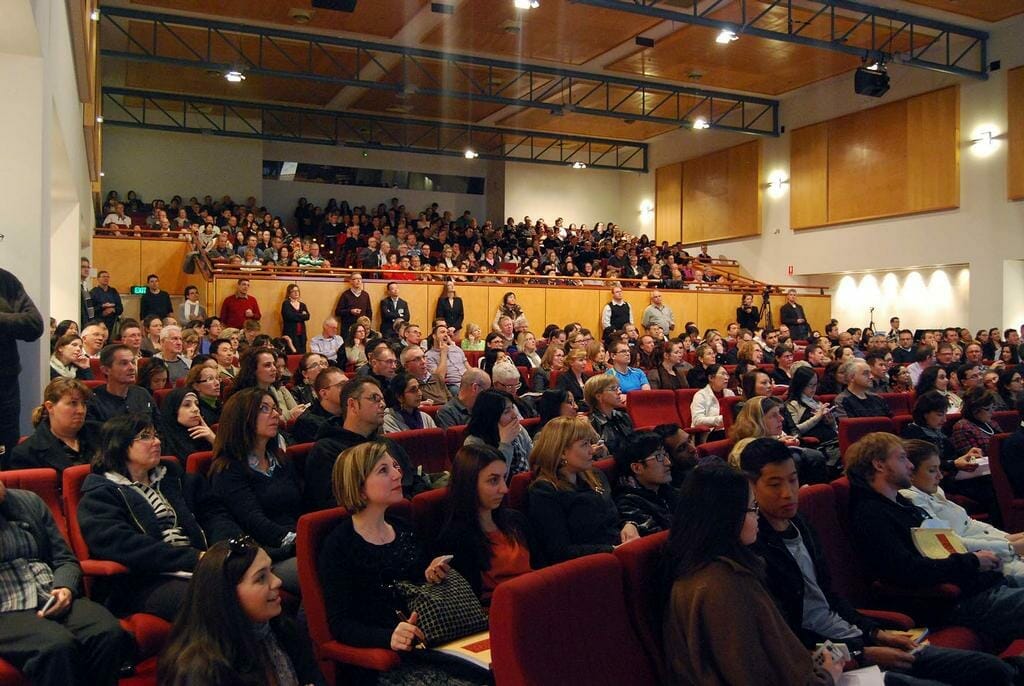 Super Sunday, held on Sunday 24 June, lived up to its name when more than 500 eye care professionals gathered at the Australian Technology Park, Sydney, for the first major eye care conference to be held for the Optometrists Association Australia NSW/ACT Division, since 2007.

“It was a very, very good day, with a different format and a different venue,” said Andrew McKinnon CEO OAA NSW/ACT. “Initial feedback was that everyone enjoyed it.”

In drawing together such a large number of optometrists to Super Sunday, it is very clear members from NSW want a local conference, but can’t attend a full weekend. In the past, as the NSW conference was held on Saturday and Sunday and optometrists couldn’t run out of their practice on Saturday – their busiest day – there would be less than 200 attendees.

The OAA NSW/ACT Division have a right to feel quietly proud about their achievement as it looks like they’ve finally struck on a formula that works for their members.

In drawing together such a large number of optometrists to Super Sunday, it is very clear members from NSW want a local conference, but can’t attend a full weekend…

The program for Super Sunday began at 8am and ran through until 5.45pm with concurrent 40-minute sessions running for most of that time. “There were no set breaks for morning tea, lunch or afternoon tea. Delegates could choose to take a break whenever it suited them. We had food continuously served – so no matter what time they came out, there was always something to eat,” said Mr. McKinnon.

He said the initiative worked well for both delegates and exhibitors. “At the end of every 40-minute session, the rooms emptied and delegates gathered in the central hall among the exhibitors before returning to the next session.”

Delegates were able to collect a total of 33 CPD points on the day by taking advantage of keypads for assessments. Additionally, 12 CPD points were achievable by attending workshops on 23 June, which were held in conjunction with the University of New South Wales School of Optometry and Vision Science and Centre for Eye Health.

“It worked very well – so at this stage we’ll do it again next year at the same venue – it’s a great place to host a conference – as an old railway yard, it has a very different feel to being in major hotel,” he said.

The Australian Technology Park at Eveleigh near Redfern sits on the site of what was once Australia’s largest industrial complex and a major railway yard. Although now home to some of the country’s most innovative technology companies, the buildings still retain the park’s rich cultural heritage.