The Impact of Lucentis 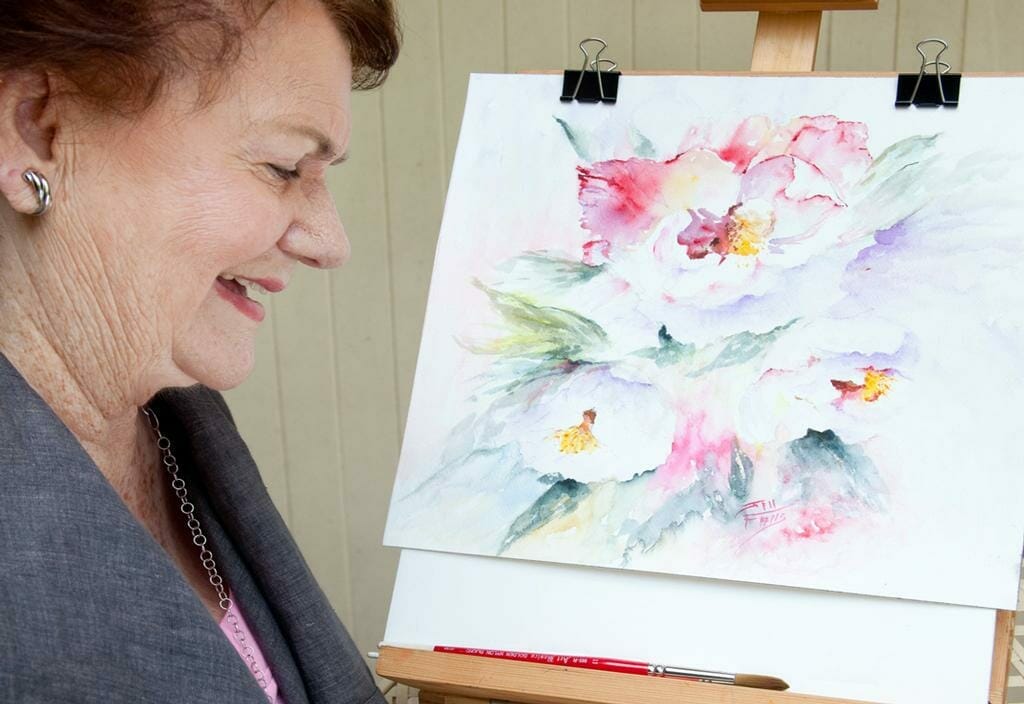 It was really only a handful of few years ago that patients with ‘wet’ Aged-related Macular Degeneration were offered little more than counselling and support for a condition that would almost certainly leave them blind. In 2007, all that changed, with the introduction of a new drug – ranibizumab – to the Australian market.

It is not overstating it to say that ranibizumab – marketed in Australia as Lucentis – revolutionised the treatment of ‘wet’ Age-related Macular Degeneration (‘wet’ AMD) since its introduction five years ago.

Lucentis was the first medication shown in clinical studies to significantly improve visual acuity compared with sham or photodynamic therapy in a considerable proportion of patients with ‘wet’ AMD1,2 and was made widely available to Australian patients when it was first listed on the Australian Pharmaceutical Benefits Scheme (PBS) on 1 August 2007.3

AMD is still the leading cause of visual impairment in people over the age of 50 in the Western world. Nearly half of Australians who are blind have lost their sight due to AMD.4

Never in their lifetime, did they believe that they would be able to actually save sight, and here was a treatment that offered exactly that

Sydney retinal specialist Dr. Paul Beaumont said “thousands of Australians with wet AMD who would otherwise be legally blind have been treated with Lucentis and, if caught early enough, have had their sight saved”.

The listing of Lucentis on the PBS has dramatically changed the management of ‘wet’ AMD patients. Prior to its development, other available therapies had only slowed the decline of vision with the disease – not improved it.1,2

Ms. Julie Heraghty, CEO of the Macular Degeneration Foundation, says that only six years ago there were few options for people diagnosed with macular degeneration.

“We were educating the general public on the importance of early detection and checking for symptoms, but with no effective treatment available at that time, the end result for so many people was loss of sight, a really devastating outcome.

Ms. Heraghty said it seemed like medicine had just not been able to find an effective treatment “and then along came Lucentis and changed the landscape of ophthalmology”.

“There were so many stories of older Australians who had been looking forward to retired life with their friends and family, but whose hopes and dreams were shattered after their AMD diagnosis. For many of these people, reading and driving were especially important for their independence and quality of life, but with photodynamic therapy being the only treatment option at that time, these things… were lost to them,” Ms. Heraghty said.

Dr. Beaumont said the hardest thing for ophthalmologists at that time was not being able to offer patients with ‘wet’ AMD any reassurance that things would get better.

“Managing patients with ‘wet’ AMD was exhausting… we could only prepare them for the worsening situation that was to come,” he said.

“For the previous decade of my professional career, patients with new onset ‘wet’ AMD invariably worsened and we could offer only counselling and support as they struggled to adapt to a life of low vision,” Dr. Harper said.

Ranibizumab is an anti-VEGF agent and it promised to provide a treatment solution for the management of ‘wet’ AMD because it was able to prevent the uncontrolled formation, growth and leakage of new blood vessels under the retina of the eye that lead to the development of the condition and subsequent vision loss.5

Ms. Heraghty said the introduction of anti-VEFG treatments was “amazing”.

“When Lucentis first appeared on the horizon, the medical community was amazed with the results that they were seeing. Never in their lifetime, did they believe that they would be able to actually save sight, and here was a treatment that offered exactly that.”

The treatment has been the subject of numerous clinical trials and today it is the standard of care of therapy for ‘wet’ AMD around the world.1,2,6

Two major trials – the MARINA and ANCHOR trials – were designed to evaluate the effectiveness and safety of treatment with ranibizumab.

Patients were randomised to receive intravitreal injections of ranibizumab (0.3 mg or 0.5 mg) plus sham verteporfin PDT monthly or intravitreal sham injections plus PDT every three months, for two years.

Patients receiving Lucentis also experienced significant improvements in vision-related quality of life compared with sham or photodynamic therapy.7,8,9 People with ‘wet’ AMD were better able to complete everyday tasks as a result of Lucentis compared with baseline, including activities requiring distance vision – for example, negotiating steps and curbs, reading street signs and shop names and going to the movies – and also near-vision activities – such as reading the newspaper, cooking and recognising faces.8,9

Lucentis was also shown to minimise vision specific dependency compared with sham or photodynamic therapy,8,9 helping to remove the need to stay at home or rely on others.

Dr. Harper said the “PBS listing of Lucentis in August 2007 headlined a monumental change for patients with ‘wet’ AMD in Australia”.

“We have observed some remarkable improvements in Lucentis clinical trial patients and these became a reality when we had subsidised access to the drug.”

Dr. Beaumont said it is still “heartwarming” to see a patient reading a newspaper, knowing they’ve been receiving Lucentis injections for the past five years.

“Not only can we now save sight, but we are also saving on the societal costs of falls, fractures and nursing home care,” he said.

Laser therapy is currently the primary treatment for DME and macular oedema following branch RVO (BRVO). However, laser for DME is predominately associated with vision stabilisation only.11,12,13 BRVO patients with severe vision loss and who have had symptoms for more than a year are also unlikely to benefit from laser therapy.15,16

The RESTORE (Phase lll) trial, which involved 345 patients with type 1 or type 2 diabetes, and visual impairment due to DME,14 demonstrated that patients treated with Lucentis alone or Lucentis plus laser gained an average of 6.8 letters and 6.4 letters respectively in visual acuity at 12 months compared to baseline, while laser-treated patients gained an average of 0.9 letters as measured on a standard ETDRS eye chart.14

Results of two pivotal trials17,18 show some BRVO and central RVO patients had significantly superior
vision acuity gains after six months of Lucentis treatment compared with sham therapy, and this benefit was sustained for 12 months.17,18

In 2010, approximately one million Australians had some evidence of AMD – four times as many as those who have dementia and more than half that of diabetes.4

Ms. Heraghty said despite the recent advances, there are “still unresolved issues at each stage of the disease management continuum”.

It is estimated that the number of people with late stage AMD and vision loss could double in the next 20 years in the absence of further advances in treatment and prevention measures.4

“The vast amount of research that has been conducted into Lucentis has paved the way for the development of future therapies,” said Dr. Beaumont.

“Different dosing regimens are now available to us, but these new treatments have no advantage in terms of vision.
The main thing is that for the past five years we have had access to anti-VEGF agents – that is what is stopping people from going blind.”