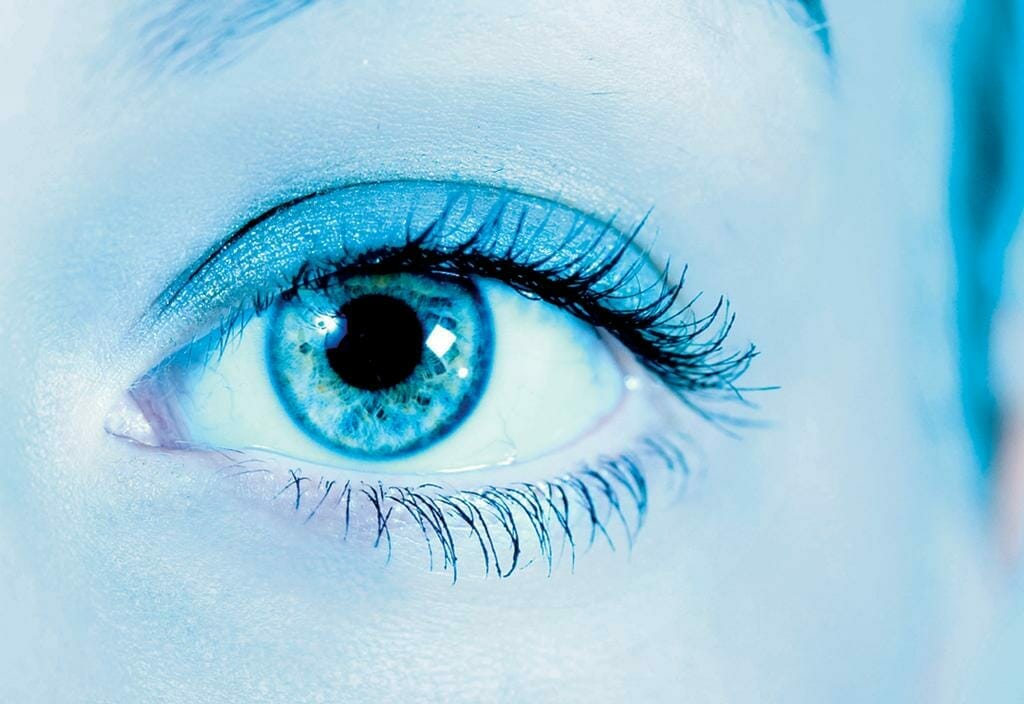 Optometrists and ophthalmologists may soon be able to detect whether a patient is developing Alzheimer’s Disease – 20 years before any symptoms become apparent.

In a world first, Australian researchers Professor Ralph Martins, and Aaron Hornlimann are developing an affordable camera that will detect Alzheimer’s Disease by photographing the retina to detect the build-up of beta Amyloid deposits which are characteristic features in the brain of people with Alzheimer’s disease. Currently at prototype stage, but soon to commence trials in New South Wales and Western Australia, the camera is expected to diagnose the disease up to 20 years before symptoms become apparent and will evaluate the disease as it progresses or preferably, slows with treatment.

Currently there are only two sites in Australia (one in Victoria, one in Western Australia) that can acquire the same level of information and these sites use expensive brain scanners. A third site will have this capability in New South Wales following the launch of the McCusker KARVIAH: Investigation in the role of Curcumin in preventing Alzheimer’s Disease study on 4 October.

Prior to the scanners being available, the presence of Alzheimer’s Disease could only be confirmed by analysing the brain following a patient’s death.

Professor Ralph Martins, Foundation Chair in Ageing and Alzheimer’s Disease from Edith Cowan University in Western Australia and Director of Research at the McCusker Alzheimer’s Research Foundation, has worked with a young Australian innovator, Aaron Hornlimann and co-director of Visage Diagnostics, www.visagediagnostics.com to develop the camera and examine its efficacy to detect the disease by photographing fluorescent Amyloid deposits in the retina as a result of binding to Curcumin.

Prof. Martins previous research has involved isolating and characterising beta-amyloid and its precursor, the amyloid precursor protein (APP) and demonstrating that the Alzheimer brain is under oxidative stress, now recognised as central to the pathogenesis of Alzheimer’s Disease. Beta Amyloid is now widely recognised as a key player in the pathology of Alzheimer’s Disease. It is the presence of beta Amyloid deposits that the new camera will detect.

“Until now, Alzheimer’s Disease has only been targeted for treatment once symptoms such as memory loss and speech problems become apparent which is a stage when the brain is severely damaged. What we’ve discovered using the brain scanner, together with Professor Chris Rowe and colleagues in Victoria, is that the build up of beta amyloid in the brain begins up to 20 years before any of these symptoms become apparent, and this is the time when treatment should occur.”

He said that while the brain scanner sets the gold standard for diagnosing and monitoring Alzheimer’s Disease, at AUD$3m to purchase, as well as AUD$3,000 per scan, its service cannot be made widely available. Furthermore due to the radioactivity employed for detection it cannot be used frequently to monitor treatment effects.

“However at under AUD$15,000 per unit, the retinal camera we will now be trialling will make it possible for patients to be tested by optometrists and ophthalmologists as well as GPs and neurological specialists in Australia as an initial early screening medical device. And furthermore, its affordability will enable it to be used to diagnose and monitor Alzheimer’s in developing countries as well,” said Professor Martins.

He explained that it is curcumin, an extract of turmeric, that enables the amyloids to be detected by the camera. Curcumin has also been found to slow the build up of amyloids in the brain as demonstrated in animal trials.

“Curcumin binds with beta amyloid that indicate Alzheimer’s and fluoresces so they become visible in the retina when photographed using the retinal beta amyloid camera,” he said.

Professor Martins, together with co-Principal Investigator and dementia care consultant from Anglican Retirement Villages (ARV), Kathryn Goozee, will validate the beta Amyloid retinal camera by comparing against the brain scanner to diagnose and monitor a group of residents from ARV who are participating in a clinical research project to measure the capacity of curcumin to slow or halt the onset of Alzheimer’s.

Approximately 100 people who show no sign of Alzheimer’s will have their brains scanned and level of amyloids recorded. Over twelve months, 50 will be given regular doses of curcumin and 50 will receive placebos. Blood tests and a further scan at the conclusion of the program will measure the effect of curcumin on the amyloids and therefore the progression of Alzheimer’s disease.

“Many clinical trials have investigated the ability of curcumin to slow the progression of Alzheimer’s disease but these trials have only ever studied people who already have symptoms of the disease. The retinal amyloid scanner enables us to work with people before the symptoms occur and to determine whether curcumin can slow or even halt the disease. With such a high incidence of Alzheimer’s in the community – and a very high cost both financially and socially – this is an incredibly exciting study to undertake given its implications for early diagnosis and the evaluation of potential treatments such as curcumin,” said Professor Martins.

In 2009, there were 245,000 people in Australia who have been diagnosed with Alzheimer’s. By 2050, it is predicted that without any ability to halt the disease’s progression, the numbers could exceed 1,130,000. By then, spending on dementia is estimated to reach AUD$83 billion and will outstrip that of any other health condition.