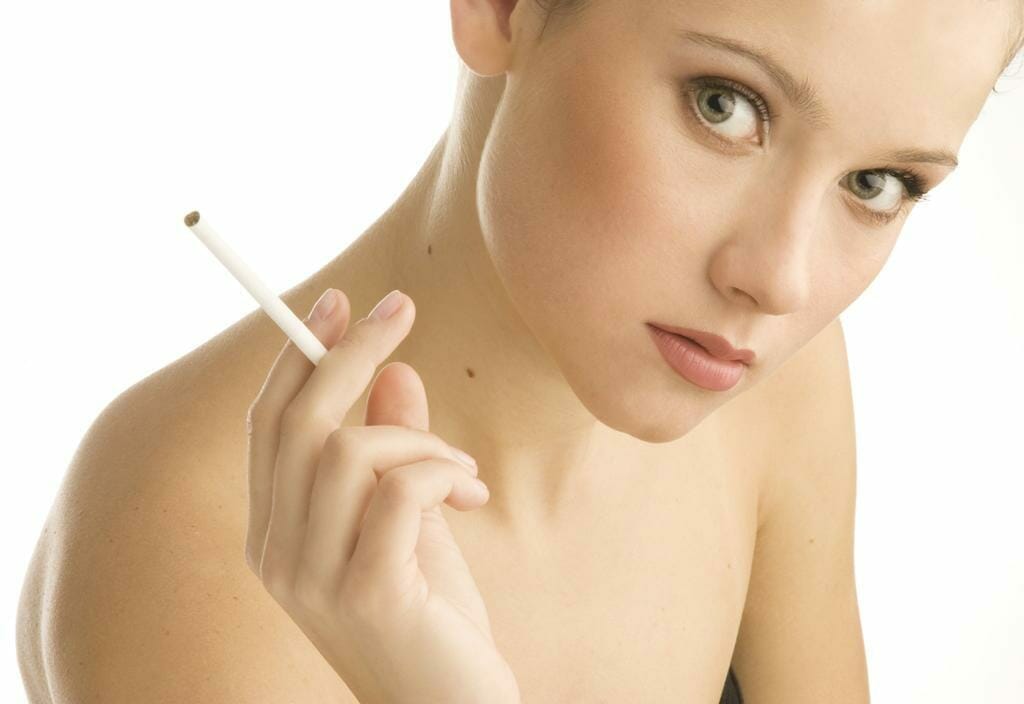 A new study provides another compelling argument for why smokers must quit.

Smoking just one cigarette significantly decreases choroidal thickness for over three hours, which reduces blood flow to the retina. In doing so, it puts smokers at greater risk of ocular disease such as age related macular degeneration.

There were 17 otherwise healthy smokers and 17 non-smokers enrolled in the study. The smokers underwent optical coherence tomography scanning (OCT) at baseline, and at one hour and three hours after smoking a cigarette. Non-smokers – the control group – also underwent OCT scanning at the same intervals. All participants were instructed not to smoke (or have caffeine) for eight hours prior to their baseline scans.

Smoking just one cigarette significantly decreases choroidal thickness for over three hours, which reduces blood flow to the retina.

Dr. Simon Chen from Vision Eye Institute said the study presents a powerful argument for why smokers should quit.

“This is a fascinating study which demonstrates that smoking a single cigarette reduces the blood flow to the retina for over three hours.

“This was shown by using optical coherence tomography scanning technology to measure the thickness of the choroid (which is the vascular layer of blood vessels underneath the retina) in multiple subjects,including both regular smokers and non-smokers, before and after smoking a cigarette,” said Dr. Chen.

According to the study, access to optical coherence tomography enabled accurate imaging and investigation of the choroids for the first time. The authors wrote: “To date there is no gold standard method in evaluating choroidal thickness. Since the introduction of Fourier spectral domain OCT, high scanning speeds and high resolution have enabled accurate imaging and investigation of the choroid. As a highly vascular ocular structure, the choroid is directly influenced by intraocular and perfusion pressure, therefore, real time high-definition images of the choroids are more likely to demonstrate the real time vascular status of this tissue in vivo.”

The study authors continued, “choroidal function and structure are known to play a role in the pathogenesis of several ocular diseases”.

“A thinner choroid indicates reduced blood flow available to support the function and health of the retina,” said Dr. Chen. He said that based on findings that the thickness of the choroid was significantly reduced for three hours after smoking a cigarette, “if you were to smoke only eight cigarettes per day, your choroidal blood could be impaired for the whole 24 hours. That’s a pretty scary thought.”

Dr. Chen said the study is of particular relevance to age related macular degeneration (AMD) “because numerous large population based studies have indicated a three to five fold risk of developing AMD associated with smoking”.

“I tell all my AMD patients about this and all of those that smoke to quit. But despite my best efforts, there a small proportion of patients with AMD that continue to smoke because they are in denial about the effects
of smoking on the retina,” said Dr. Chen.

“Since reading this study I have printed it out and shown it to numerous of my AMD patients who were hard-core smokers that would not quit.

“A couple of them have quit smoking immediately after seeing this evidence. I highly recommend that all optometrists read this paper as they play such a key role in primary eye care and are ideally positioned to educate patients regarding the harmful effects of smoking in the eye.”

These findings where in a study led by Dr. Selcuk Sizman from Baskent University in Turkey and published in The British Journal of Ophthalmology in April 2013.