ODMA in Brisbane Proves a Winner 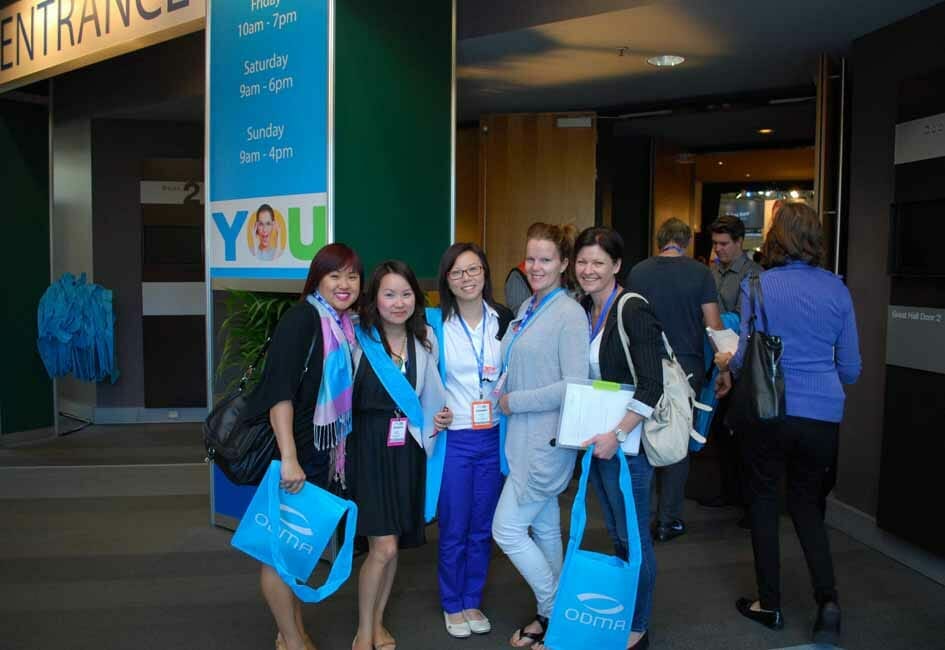 Hats off to the ODMA team who succeeded in hosting an all new exhibition, with conference attached, in Brisbane during July.

When Finola Carey, CEO of the Optical Distributors and Manufacturers Association (ODMA), and her board members decided to move the Association’s biannual exhibition from Sydney to Brisbane, she knew they were taking a risk.

The overall response to the exhibition has been fantastic…

“I knew it was a huge risk and we’d wear a bit of flack for it, but we’d surveyed our members and visitors from 2011 and the overwhelming consensus was they wanted to move (from Sydney). Then, when we found out Sydney’s Darling Harbour Exhibition Centre was closing, we knew the time had come. We looked at Melbourne and Brisbane as alternative sites and Brisbane was successful in the tender process.”

It was a risk that paid off.

“The overall response to the exhibition has been fantastic, said Ms. Carey on the final day of the exhibition. ODMA’s Chairman, Richard Grills agreed.

“I’ve spoken to the smaller exhibitors and have had a great response from 90 per cent of them,” he said.

Ms. Carey said the response from the major exhibitors was also extremely positive. “Sometimes it takes a while to shift people’s opinions, but we’ve had exhibitors come to us and thank us for moving to Brisbane because they were seeing people they’d never seen before.”

“The excitement vibe was there – people were saying, wow this is really different. They told me they’d seen people they haven’t seen before – people from remote Queensland and Western Australia, and a lot had said they’ve written more business here than at the last couple of ODMA events,” he said.

“A few exhibitors were a bit reluctant to come along but they’ve totally changed their views. We’ve got almost universal approval for what we’ve done,” said Mr. Grills.

By all accounts, exhibitors and visitors alike were happy. Although attendance from NSW was down, Victoria and, as you’d expect, Queensland were well represented. Many optometrists and optical dispensers from Queensland that mivision spoke with said they were at the exhibition for the first time and hadn’t been before because they couldn’t justify travelling to Sydney for the event.

“It’s fabulous to see ODMA in Brisbane – we brought the whole team,” said Janelle McDonald from Eyecare Plus in Toowoomba. “We’re here looking at all the ranges, comparing them and finding brands we don’t normally get to see. We’ve done some buying and we’re looking to see what we might do in the future,” she said.

George Nasser, Managing Director at Opticare said the response from his Queensland customers had been overwhelming. “We’ve seen a lot of local customers who’ve never been to ODMA before and some of them are very emotional about it. One account yesterday couldn’t thank us enough for being here. We’d come to ODMA in Brisbane again. The population is here – it’s not as big as Sydney or Victoria but it’s big enough and we’ve taken a lot of solid orders,” said Mr. Nasser.

“Getting people here to see the products – you can’t put a price on that – because we can’t get out to see everybody,” he said.

At Rodenstock, Collette Kinsella said ODMA 2013 was one of the best ODMAs in the company’s history. “Many customers commented on the quality and styling of our ranges. We also had an amazing response to our ImpressionIST 3 video centration device and to our new generations of lens products.”

Mark Altman from Device Technologies said while the exhibition itself was smaller than previous ODMAs, exhibiting at ODMA was “definitely worth our while… we’ve certainly had a strong response from Queenslanders, people have been placing orders.”

Jim Karrah from Matrix said it’s important for ODMA to be successful because it gives independent optical retailers a collective voice. He said although visitor numbers were down, the people who were at ODMA were the ones responsible for buying. “I’m getting the same sales results as last time. ODMA has to be supported – it can’t die – it’s something the independents belong to,” he said.

Several companies chose ODMA to launch themselves into the market, or to launch new products. ProVision was one. The buying group launched its new ‘My Local Marketing’ (MLM) resource and ProSupply – an online ordering system that enables its members to order most of its frames and lenses from one portal, regardless of the distributor. Over the three day exhibition, the company had signed up 96 of its 400 members to ProSupply, simply by personally demonstrating its capabilities. Additionally, the team was able to reinforce the benefits of participating in the online ordering portal with its frame distributors.

“We had a lot of confirmed appointments booked before the event so our booth was busy from day one,” he said.

With an absolutely fresh team of sales reps – some who’d started just a week ahead of ODMA – and lead locally by the woman who established the famed Pandora jewelry brand in Australia, this is a brand that’s serious about success.

“We’re here to find practices who want to take our brand on as a major brand… because we want to work at a very deep level with our customers to support them,” said Ms. Saust Estø.

“We’re not really looking to take orders here – we want to take the frames out to the shops so that we can tell the entire staff our story, so they can really engage with it.”

With such success under its belt, the question has to be asked – where to next time?