New Data from US AMD Clinical Use 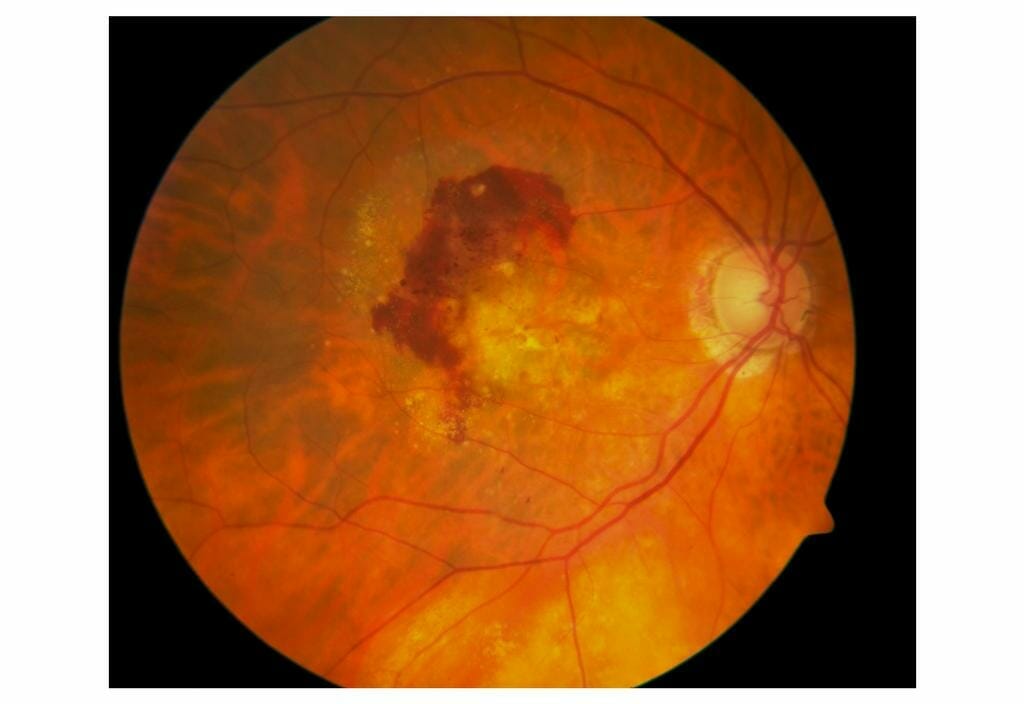 Australian retinal specialist Dr. Simon Chen says new US studies have revealed “exciting new data” on the performance in everyday clinical practice of the newest anti-VEGF drug, Eylea – particularly in patients who have responded poorly to other treatments for wet AMD.

Three anti-VEGF agents are available in Australia for treating wet AMD, the safety and efficacy of which have all been confirmed in large multicenter randomized clinical trials.1-3 Avastin (bevacizumab) is a full-length antibody against VEGF. Lucentis (ranibizumab) is an anti-VEGF antibody fragment. The newest agent is Eylea (aflibercept), a VEGF decoy receptor protein that was first listed on the Pharmaceutical Benefits Scheme (PBS) in December 2012.

The landmark VIEW 1 and 2 trials showed that Eylea injected every eight weeks is clinically equivalent to Lucentis injected every four weeks for maintaining visual acuity (VA) over one year in patients with wet AMD.3 The potential for Eylea to achieve similar efficacy and safety results with fewer intravitreal injections has led to its increasingly widespread use by retinal specialists throughout Australia.

I have personally been impressed with the results of using Eylea as my preferred first line treatment for new patients and also as a replacement therapy for many of my patients that were previously being treated with Lucentis.

Eylea has been commercially available in the United States (US) since its approval by the Food and Drugs Administration in November 2011, so American retinal specialists have had a year of additional clinical experience using it compared to their Australian counterparts. As a result, exciting new data is now rapidly emerging from the US describing the results of Eylea use in routine clinical practice.

Five recent papers published in high ranking journals have reported the results of using Eylea in wet AMD patients classified as poor responders to Lucentis or Avastin.4-8 Patients can be considered poor responders to Avastin or Lucentis if they have an incomplete anatomical response, evident as persistent or recurrent retinal fluid on optical coherence tomography (OCT) scans.

The five papers were each produced by different groups of clinicians and researchers based in both academic and private practices located in diverse parts of the US including Boston, Iowa city, New York and Atlanta.

Although they were unrelated, the studies were all similar in design and involved a retrospective review of patients with wet AMD, ranging from 28 to 94 patients in each study. All patients had received numerous Avastin or Lucentis injections, ranging from an average of 17 to 29 prior injections per patient, and had persistent or recurrent retinal fluid evident on OCT scans. All patients were switched from Lucentis or Avastin to Eylea and received a minimum of three Eylea injections with subsequent follow up ranging from three to six months.

The results observed after switching to Eylea were remarkably consistent between studies, with between 50 per cent to 91 per cent of patients experiencing an anatomical improvement demonstrated by partial or complete resolution of retinal fluid on OCT scanning. One study showed a significant improvement in VA at 6 months after initiating Eylea treatment whilst the other studies demonstrated no change in VA despite the anatomical improvements, although two of the studies had follow up of less than six months.

Only one study specifically looked at the change in treatment frequency, with the authors reporting that switching to Eylea enabled an increase in the interval between injections from 7.2 weeks prior to switching, to 9.5 weeks after initiating Eylea treatment.8

The outcomes of treatment with the different anti-VEGF agents for wet AMD reported in the large major randomized clinical trials are comparable in the populations studied. 1-3 However, my own clinical experience and that of other retinal specialists around the world, indicates that many individual patients respond better to one anti-VEGF agent as opposed to another.

Since PBS approval of Eylea for wet AMD, many Australian retinal specialists, including myself, have switched patients from Lucentis to Eylea with the goal of reducing the number of injections needed or achieving better responses for refractory cases.

Although the five recent papers discussed are limited by their retrospective nature and small individual patient numbers, taken together, they report on 296 eyes of 272 patients from five different research groups. This provides evidence supporting the view that patients with poor responses to Lucentis or Avastin may benefit anatomically when switched to Eylea, and may possibly require fewer injections.

The improved anatomic responses are particularly impressive because the patients reported reflect only the more challenging cases that had not responded fully to an average of greater than 17 previous anti-VEGF injections. It is currently unclear whether the anatomic improvements will translate into VA improvements with longer follow up periods.

Reasons for an improved response to Eylea

A potential reason for the improved anatomic results associated with Eylea is its greater binding affinity for VEGF compared to Avastin and Lucentis, potentially leading to more effective VEGF blockade.9 Additionally, in contrast to Avastin and Lucentis, which only bind to VEGF-A, Eylea also binds to other VEGF family members, including VEGF-B and placental growth factor, both of which have been implicated in the pathogenesis of wet AMD. 9 Tachyphylaxis (diminishing responses to repeated doses of a drug) to prior anti-VEGF treatment may also play a role. 10

The treatment of wet AMD continues to evolve and emerging data from numerous groups in the US indicates that switching patients from treatment with Avastin or Lucentis to Eylea appears to be effective in inducing anatomical improvement and maintaining VA.

Dr. Simon Chen FRANZCO is a retinal specialist and surgeon with expertise in intravitreal anti-VEGF therapy and vitreoretinal surgery. He is an investigator for numerous international clinical trials of novel treatments for retinal disease and was the primary investigator for the VIEW 2 trial at Vision Eye Institute Chatswood. Dr. Chen trained at the teaching hospitals of the Universities of Oxford and Cambridge, UK and completed advanced surgical fellowships at the Oxford Eye Hospital and Lions Eye Institute. He practices at Vision Eye Institute in Bondi Junction, Drummoyne, Chatswood and Hurstville, NSW.