It Boy Proves a Hit for Essilor 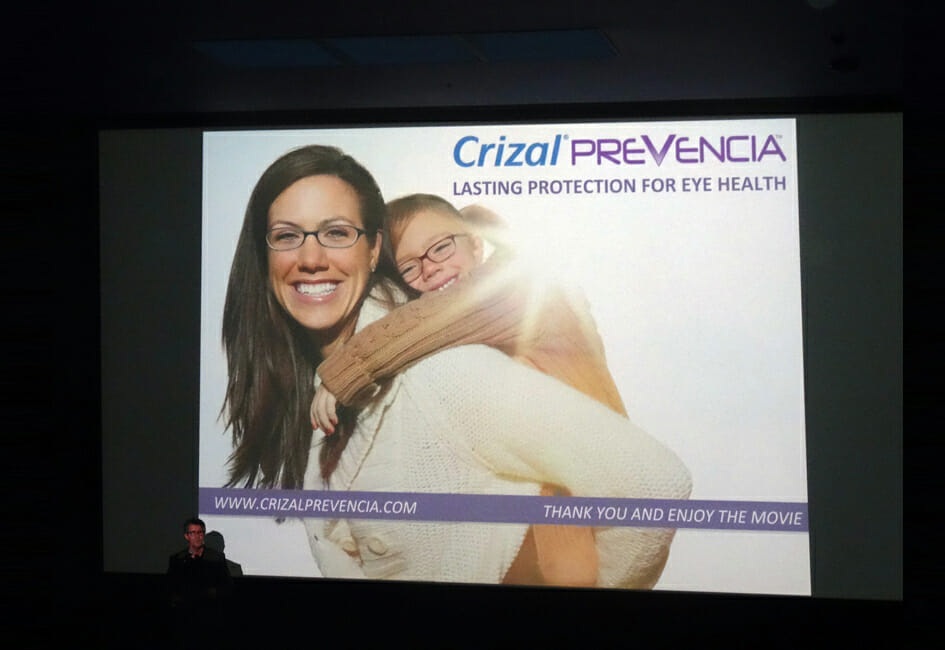 Hundreds of optometrists and optical dispensers from around the country have taken up Essilor’s invitation to attend private screenings of the movie ‘It Boy’, which is part of the 25th Alliance Française French Film Festival.

Essilor sponsored Australia’s biggest foreign film festival as part of its celebration to launch Crizal Prevencia and ran a Crizal Prevencia cinema commercial at each of the film sessions in all capital cities. The commercial aimed to alert the public to the dangers of UV to eyes, along with dangers of blue-violet light as a possible contributor to age-related macular degeneration (AMD). It introduced Crizal Prevencia as the world’s first lens that may reduce the risk of AMD and cataract by blocking the sun’s UV rays and harmful blue-violet light respectively.

The fast-paced romantic comedy ‘It Boy’, proved a hit with the audience and the perfect forum in which to communicate a new product message. In Sydney mivision joined a crowd of almost 160 people who filled the Leichhardt theatre, having first enjoyed canapés and listened to a brief presentation from Essilor.

It Boy, and Essilor’s Crizal Prevencia commercial is being screened in Sydney, Melbourne, Canberra, Brisbane, Perth, Adelaide and Byron Bay until April.