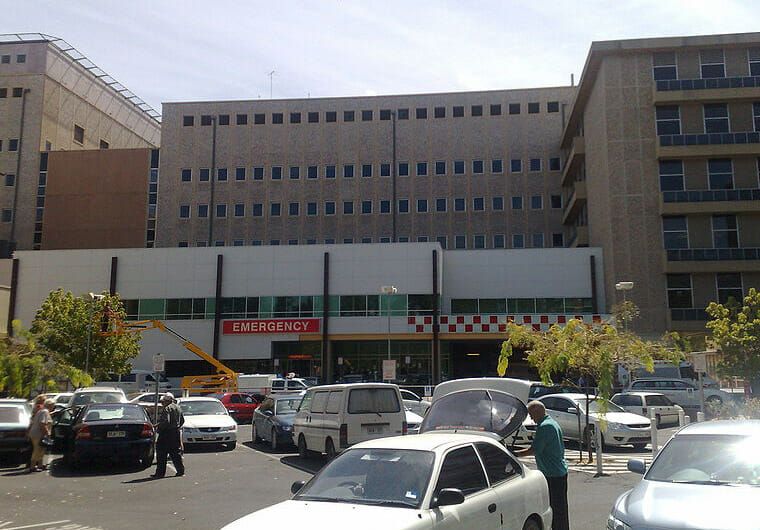 South Australia’s most vulnerable people are at risk of irreversible vision loss due to the current outpatient eye clinic at Royal Adelaide Hospital (RAH) being at breaking point. Proposed plans for the redevelopment of the Royal Adelaide Hospital will result in a further slashing of eye clinic rooms, impacting the eye health of South Australians, according to Julie Heraghty, chief executive officer of Macular Disease Foundation Australia.

Ms. Heraghty says there is a “once in a lifetime opportunity” for the people of South Australia to acquire a facility that will ensure the eye health of people in the State for generations to come. “The McEwin building within the existing RAH hospital must be quarantined for a dedicated public eye hospital and world class research centre, with sufficient capacity to cater for current and future needs of Adelaide,” she said.

“With the current outpatient eye clinic at Royal Adelaide Hospital working at breaking point, and the planned reduction in eye clinic rooms for outpatients services, the situation will only worsen“ said Ms. Heraghty. “There are delays in order to get a routine appointment.”

Ms. Heraghty said the Eye Service for the Central Adelaide region has the highest volume of any outpatient service in South Australia, eclipsing cardiology, cancer and orthopaedics. The service attends to 6,000 emergency consultations and 40,000 outpatient appointments each year.

Eye clinics in central and northern Adelaide are also unable to cope with demand – Lyell McEwin is not taking any new patients and the Queen Elizabeth Hospital has a 24-month waiting list.

Eye Disease on the Rise

Out of a total population of 1.6million, Ms. Heraghty said an estimated 92,000 people in South Australia have macular degeneration that ranges from the early stages through to legal blindness. She said this number is expected to increase with an ageing population.

Despite the escalating numbers, Ms. Heraghty said the proposed plans for the redevelopment of the RAH will slash the number of eye clinic rooms from the current inadequate 24 rooms to 11.

“It has been proposed that this downsizing will be accompanied by an increase in services at peripheral hospitals, however the need for services will overwhelm expanded public hospital department which are already unable to meet demand,” she said.

“The simple, cost-effective, commonsense solution to this problem is to turn the McEwin building into a dedicated eye health and research facility for the people of South Australia. While the majority of people are able to access diagnosis through private health providers, more vulnerable people deserve access to an excellent public hospital service.

“The Foundation has written to every candidate in South Australia, the Minister for Health and the Health spokesperson of the Liberal Government. We will be pursuing this issue vigorously post the South Australian election to ensure every person of South Australia gets the eye health they deserve.”

ACO Show of Strength at Vision2014