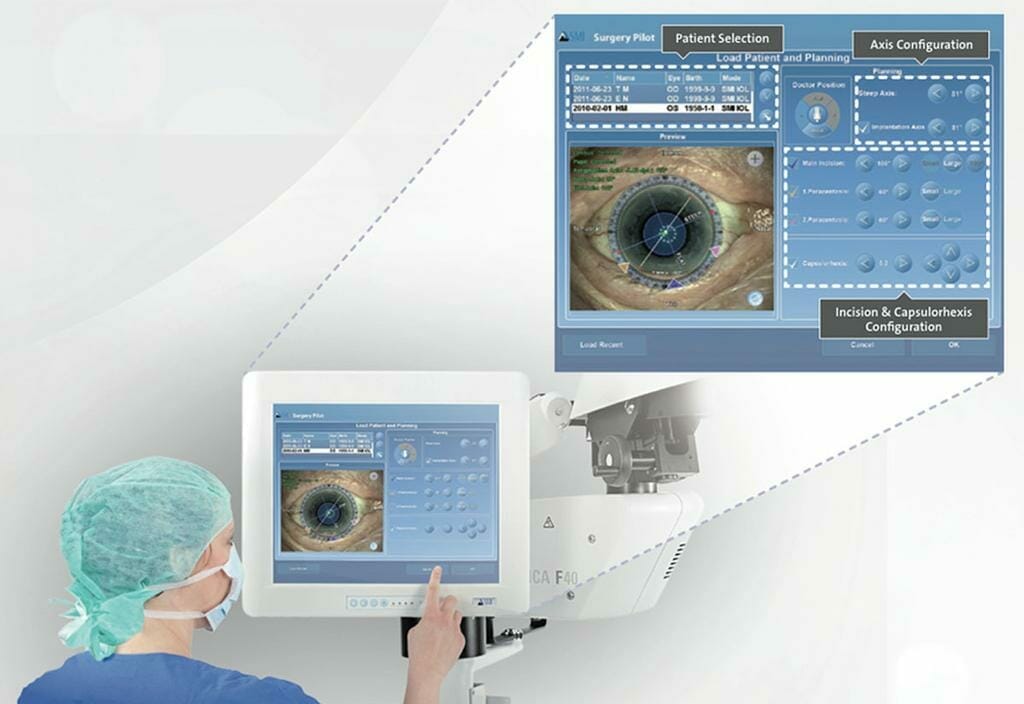 While cataract surgery is very successful, the expectation of patients to be able to see well without glasses or contact lenses has raised the bar for surgeons. There is still room for improvement in refractive outcomes.

A comparison of current methodologies used to measure astigmatism had found significant inaccuracies and resulted in a proposed new nomogram that takes into account the effect of posterior corneal curvature on toric IOL calculations.

Since 1975 ophthalmic surgeons have attempted to accurately measure surgically induced refractive change in an attempt to achieve the best postoperative uncorrected visual acuity for their patients, especially those implanted with toric intraocular lenses (IOLs).

Several studies have found that current methodology used to measure change is inadequate for achieving optimum astigmatic outcomes. One recent study, published in the Journal of Cataract Surgery, and conducted at Cullen Eye Institute, Texas USA, has evaluated the prediction errors of five devices used to measure total corneal astigmatism in eyes with toric IOLs and proposed an alternative nomogram which takes into account the impact of posterior corneal curvature.

There is still room for improvement in refractive outcomes” 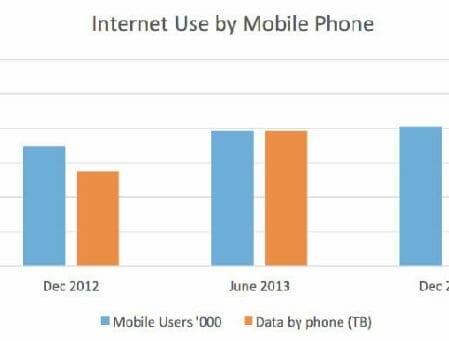 According to the research, “Of the five devices, the first four systems measure anterior corneal curvature only and astigmatism values were calculated from the differences between the steep K and flat K values based on these anterior corneal data. For the Placido-dual Scheimpflug analyzer, the TCP astigmatism value, which is the difference between the steep TCP and flat TCP at the 1.0 to 4.0 mm central zone, was used. Corneal astigmatism was measured with all five devices at the preoperative and three week postoperative visits.

“Biometry was performed using the PCI device and the OLCR device. The Holladay 1 formula was used for toric IOL power calculation. Selection of the toric IOL power and alignment was determined by the surgeons based on all data available and a previous study of posterior corneal astigmatism.”

All surgeries were performed by three surgeons through 2.4 mm clear corneal incisions, who recorded the axis of the alignment of the toric IOL at the time of surgery and again at the slit lamp during the three week postoperative visit. Manifest refraction was performed three weeks postoperatively.

They put forward a nomogram (see Table 1) for selecting the appropriate toric power for astigmatic correction factors in posterior corneal astigmatism. While acknowledging that further research is required to evaluate the performance of their nomogram, the researchers reported, “This nomogram takes into account the mean values of posterior corneal astigmatism that we found and aims to leave eyes with small amounts of WTR refractive astigmatism. The rationale for the latter is the ongoing ATR shift that appears to occur in most eyes, even after temporal clear corneal cataract surgery”.

Professor Koch and his colleagues highlight an inadequacy in our current surgical planning in cataract surgery. While the advent of the toric IOL has helped us reduce astigmatism in our patients, the results are nowhere near as accurate as a corneal refractive procedure. Dr. Steve Shallhorn recently presented data at the ASCRS in Boston (April 2014) which showed that postoperative astigmatic levels need to be less than 0.75D to leave patients ‘very satisfied’. There are many sources of potential error in intraocular astigmatic correction. Measurements need to be accurate and conditions such as dry eye, which is very common in the cataract population, can lead to errors of keratometric measurement. The method of ‘marking’ the correct axis which is often done manually ‘by eye’ is not accurate. Newer methods of axis alignment such as the Zeiss Callisto and Alcon Verion Intraoperative systems will probably address this issue. These devices are new and require further study but in my initial cohort of patients I have found the astigmatic alignment and refractive outcomes to be improved. 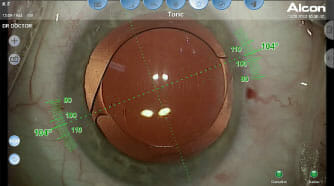 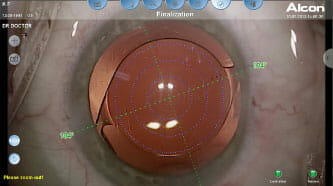 In this paper another source of potential error has been elucidated. Posterior corneal curvature is not measured by OCT devices surgeons use and has been ignored in the past. Taking this into account either by direct measurement or using the ‘Baylor’ nomogram will take us one step closer to excellent astigmatic outcomes for our patients.

Researchers have found that the Haigis-L formula using the corneal radius with the partial coherence interferometer was a more predictable method for IOL calculation after corneal refractive laser surgery in patients without clinical history compared with the TMP 2.0 mm in the scanning-slit topographer and the TNP in the Scheimpflug system. 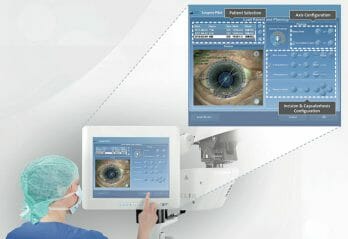 The study, reported in Journal for Refractive Cataract Surgery, compared the accuracy of IOL power predictions in the same group of 47 patients using K values or the corneal radius with different machines.

Researchers at the Catholic University of Korea Department of Ophthalmology and Visual Sciences believe this to be the first study of its kind and reported its importance because of the increasing number of patients who have myopic laser refractive surgery and later receive cataract surgery with intraocular lens (IOL) implantation. They reported that as “more devices are being developed for measuring keratometric values to calculate IOL power in post-refractive surgery patients, it may not be clear which method has the best prediction for postoperative refraction”.

“The inaccuracy arises from three reasons; that is, inaccurate measurement of the anterior corneal curvature by automated and manual keratometry or computerised videokeratography, inaccurate value of the keratometric index resulting from the modified relationship between the anterior and posterior corneal surface, and incorrect estimation of the effective lens position resulting from these modifications.”

This retrospective review was performed between 2008 and 2010 and eyes were examined using all three systems: the Orbscan II, version 3.12; Pentacam, version, 1.17r24; IOLMaster, version 5.0.

Researchers acknowledged the study was limited by the small number of eyes examined as well as the use of the SRK/T formula when measuring IOL power for the Pentacam and Orbscan II systems and the use of the Haigis-L formula for the IOLMaster system.

They concluded “the Haigis-L formula using the corneal radius with the IOLMaster system can be a predictable method for IOL calculation after corneal refractive laser surgery in patients without a clinical history. The TMP 2.0 mm value in the Orbscan II system and the TNP in the Pentacam system may also be relatively predictable compared with other K values”.

This study by Professor Kim Eun Chul and colleagues adds to the body of work that has allowed us to improve refractive outcomes in cataract patients who have had previous corneal refractive surgery. The problem arises because the current lens formulae we use make assumptions about the eye which no longer hold after a corneal refractive procedure. It is not only an inability to accurately measure the central corneal curvature in these patients but also the fact that the refractive index of the cornea changes with depth and therefore will be different when corneal tissue has been removed. The relationship between the anterior and posterior corneal curvature is also changed. There are subsequent implications to the important Effective Lens Position (ELP). Consequently a change to the ‘measured’ keratometry value, which is
to be inserted into the lens formulae, needs to be made. In the past using the clinical history of pre- LASIK data or the change in refractive power of the eye as a result of the corneal surgical procedures were used. Newer formulae that don’t rely on any preoperative data have been shown (as in this paper) to be just as, or indeed more, accurate.

There is still room for improvement but with a sound strategy the refractive outcomes in patients who have had previous corneal refractive surgery is now approaching that of the average cataract patient.

The SMILE (ie, small incision lenticule extraction) surgical treatment for myopia developed by Zeiss may provide distinct advantages over Femtosecond laser, according to three separate studies published in the Journal of Refractive Surgery.1,2,3 The studies noted that both SMILE treatment and FS-LASIK are “safe, effective, and predictable surgical procedures to treat myopia”.

However, the studies found that SMILE-treated eyes showed less compromised corneal sensation, had a lower induction rate of higher-order aberrations and spherical aberration and, with regards to dry eye, better parameters and relatively fewer subjective symptoms than eyes treated using the FS-LASIK procedure.

One study of 60 eyes (31 patients), conducted to compare the safety, efficacy, and predictability of the two surgical procedures, found there were no statistically significant differences at one and three months, in parameters that included the percentage of eyes with an uncorrected distance visual acuity of 20/20 or better (P = .556, .920) and mean spherical equivalent refraction (P = .055, .335). Higher-order aberrations and spherical aberration were significantly lower in the SMILE group than the FS-LASIK group at 1 (P = .007, .000) and 3 (P = .006, .000) months of follow-up.1

A prospective, nonrandomised comparative study of 71 patients to compare the impact on corneal sensation after SMILE and FS-LASIK in patients with myopia found that all tested areas within the cap or flap demonstrated corneal hypoesthesia immediately after both surgeries.2 The study found that the central, inferior, nasal, and temporal areas of eyes treated with SMILE showed less compromised corneal sensation and recovered faster than FS-LASIK-treated eyes. The researchers reported “no correlation between postoperative corneal sensation, preoperative spherical equivalent, and ablation depth in both groups”.

The third study compared the way in which SMILE and LASIK with either femtosecond laser or mechanical microkeratome impacts dry eye.3

The nonrandomised, interventional, prospective study involved 176 patients and 338 eyes. Patients underwent refractive procedures for myopia and the Schirmer secretion test without anesthesia, tear break-up time, and the McMonnies questionnaire were used preoperatively and at one, three, and six months postoperatively to evaluate dry eye.

Refractive lenticule extraction techniques with the femtosecond laser have been around for a few years but the Evidence Based Medicine has not supported equivalence to the visual results of LASIK until now. The potential advantages of the SMILE technique include less induced higher order aberrations, a tectonically stronger cornea with less risk of ectasia and has demonstrated in this study by Xu et al, less dry eye. LASIK is an excellent procedure but dry eye is a common issue. SMILE has the potential to make corneal refractive procedures available to patients who would otherwise be at high risk from LASIK or ASLA (PRK).

Another interesting aspect of this technology is how it has evolved. Initially it was clearly behind LASIK in predictability and speed of visual recovery but improvements in the technology and technique have resulted in clear advantages for certain patients.

I expect SMILE to become an integral part of the surgical armamentarium of the comprehensive refractive surgeon.

Professor Gerard Sutton MBBS (UNSW) MD (AUCK) FRANZCO is the Sydney Medical School Foundation Chair of Cornea and Refractive Surgery at the University of Sydney. An internationally recognised ophthalmic surgeon, Professor Sutton is a specialist in refractive, cataract and corneal surgery with a special interest in the treatment of keratoconus and fuchs dystrophy. His private practice is at Vision Eye Institute, Chatswood.