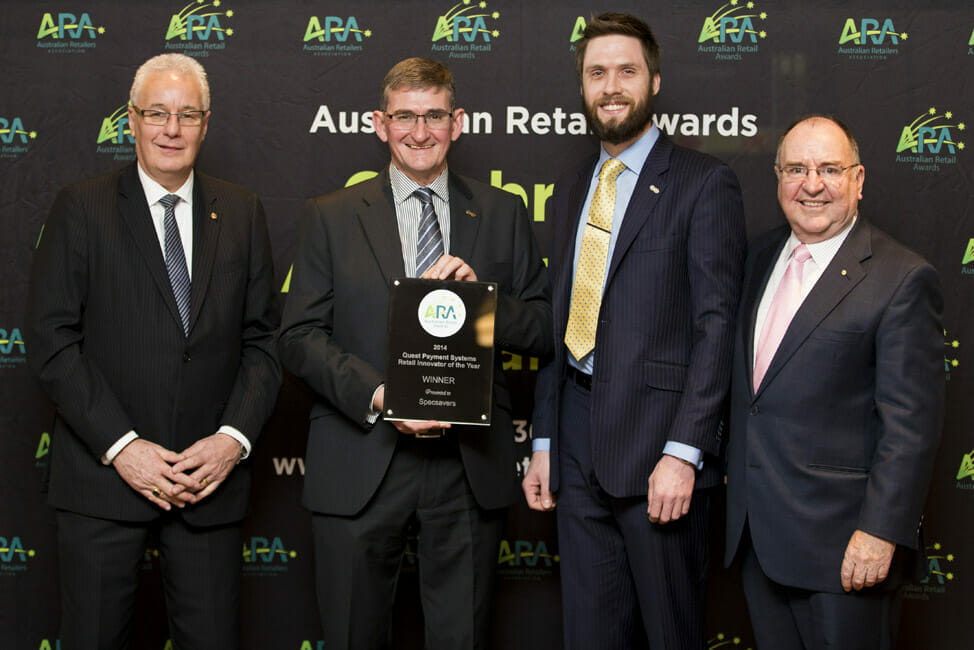 A dispensing toolbox complete with “digital magic mirrors” and a contact lens strategy that combines the “power of bricks and clicks’ has earned Specsavers two gongs in the 2014 Australian Retailers Association awards. The awards topped off a highly successful year for Specsavers in Australia and New Zealand, during which total revenue grew by 14.5 per cent.

Specsavers was named Retail Innovator of the Year, which acknowledges ‘a retail business constantly pushing the boundaries of convention, displaying a talent for finding new opportunities and adapting to the ever-changing economic and social climate’.

Specsavers received the award for the implementation of its full dispensing toolbox named ‘Precision Care’ in Australia and New Zealand. According to the franchisor, Precision Care “ensures an accurate measurement of the (customer’s) pupil in relation to the lens they will wear; and helps customers properly assess their preferred frames through the use of digital magic mirrors”.

The Multichannel Retailer of the Year title ‘showcases cutting-edge retailers who have developed and implemented a multichannel business strategy that has enhanced their business and embraced the internet, social media, blogs and mobile phones to connect with consumers’.

According to Specsavers 2013/14 annual report, the franchisor’s total revenue in Australia and New Zealand grew from AU$533 million to $611 million, representing a year on year increase of 14.5 per cent…

It was awarded to Specsavers in recognition of its contact lens multichannel strategy, which has taken the organisation’s approach from traditional in-store selling, supported by TV and radio, to a multichannel strategy aimed at competing with online operators. Specsavers credits this strategy with increasing the company’s market share in contact lenses from 11 per cent to 33 per cent in under two years.

“Multichannel retailing is becoming more important in Australia, as it combines the power of bricks and clicks,” said Commercial Director Paul Bott. He said the company’s e-commerce business had “given rise to a trebling of our market share in this growing area”.

According to Specsavers 2013/14 annual report, the franchisor’s total revenue in Australia and New Zealand grew from AU$533 million to $611 million.

Specsavers General Manager Derek Dyson said over six years operating in Australia and New Zealand, Specsavers has opened almost 300 stores, created more than 3,000 current jobs for Australians in its stores and support office, and introduced a manufacturing base into Australia. He said Specsavers is now a market leader for both eye tests and prescription eyewear.

Applications Invited: Director of OCANZ Board