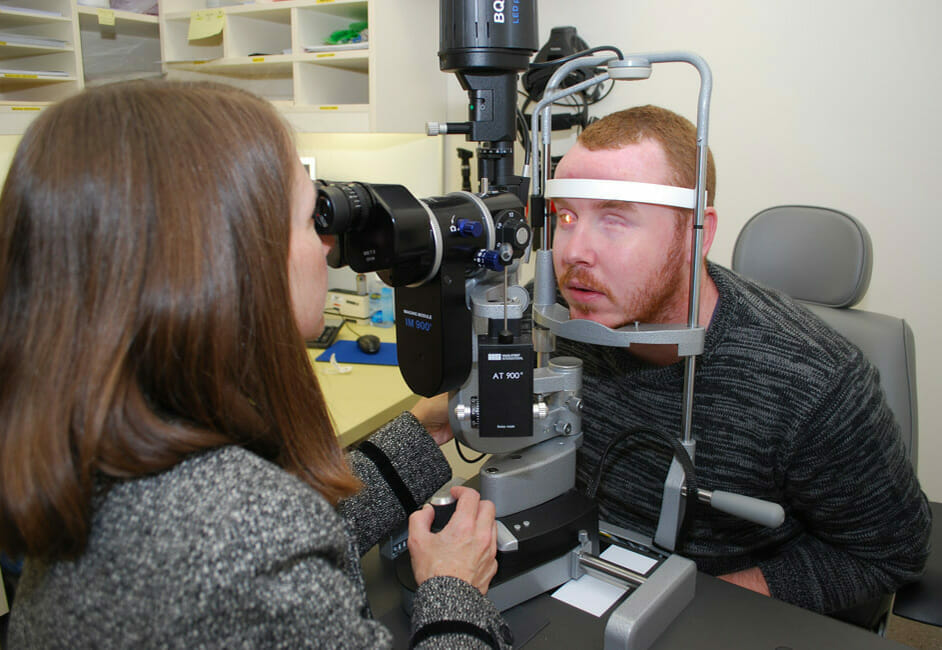 Sealed protective eye and facewear could have saved the sight of Macleay Borger, who suffered extensive damage to his face and eyes when the beer lines he was cleaning exploded, spraying him with a high-pressure jet of alkaline chemical.

Mr. Borger, who is completely blind in his left eye and can only detect light from his right eye, was unaware of the high danger of the chemicals he’d been asked to work with. He was not wearing protective eyewear.

Clinical Professor Stephanie Watson from the Sydney Eye Hospital and Save Sight Institute, said many young workers in particular don’t fully understand the dangers of working with chemicals and are unaware of the need to wear protective eyewear. She is calling on eye care professionals to advise their patients on the importance of eye safety.

“Alkali is worse than acid because it penetrates the eye, whereas acid sits on the surface,” said Professor Watson, adding that alkaline chemicals can be found in products such as commercial cleaners and liquid concrete.

She said Mr. Borger, who is 26, was cleaning the beer lines at the Port Macquarie pub he worked in with Potassium Hydroxide, which has a PH of 14 and is capable “of destroying the eyeball”

She said Mr. Borger, who is 26 and from Port Macquarie, was cleaning the beer lines at the local pub he worked in with Potassium Hydroxide, which has a PH of 14 and is capable “of destroying the eyeball”.

She said even though Mr. Borger’s eyes were irrigated immediately after the incident, the alkali had penetrated into the eyeball because of its high pressure as it exited the beer lines.

“When he came to the eye hospital via Royal North Shore, Macleay had severe burns to 60-80 per cent of his face and his ocular damage was graded at four out of four – it was the most severe ocular injury I’ve seen,” said Professor Watson. “His skin and his eyes looked dead – ischemic from the injury – it was quite a shock.”

Mr. Borger spent six months in hospital undergoing procedures which managed to save some sight in his right eye.

“The first stage of the treatment was to heal the raw surfaces of the eyes which were at risk of infection and scarring,” said Professor Watson, explaining that this involved the use of amniotic membrane – the lining of the placenta – which contains various growth factors and hormones that can heal the eye. “All of the stem cells in the eye were lost as a result of the accident,” she added. This was followed by several procedures to remove scar tissue from the eyelids, the aim being to help them open and close which would stop the eye from drying out.

Professor Watson said stem cell therapy would be necessary for the next stage of the healing process, however frustratingly the development of stem cell therapies in Australia requires more funding.

She said the accident would not have occurred if Mr. Borger had fully understood the chemical he was dealing with and had been wearing wraparound eye protection that seals the eyes. “The accident has had a major impact on Macleay’s life… he’s now dependent – he can’t function independently, he can’t see, and he can’t work.

“Fortunately accidents like this are not too common, but each accident is one too many – the people affected are losing sight,” said Professor Watson.

“There is a role for all eye care providers to make patients aware that eye protection is needed”.