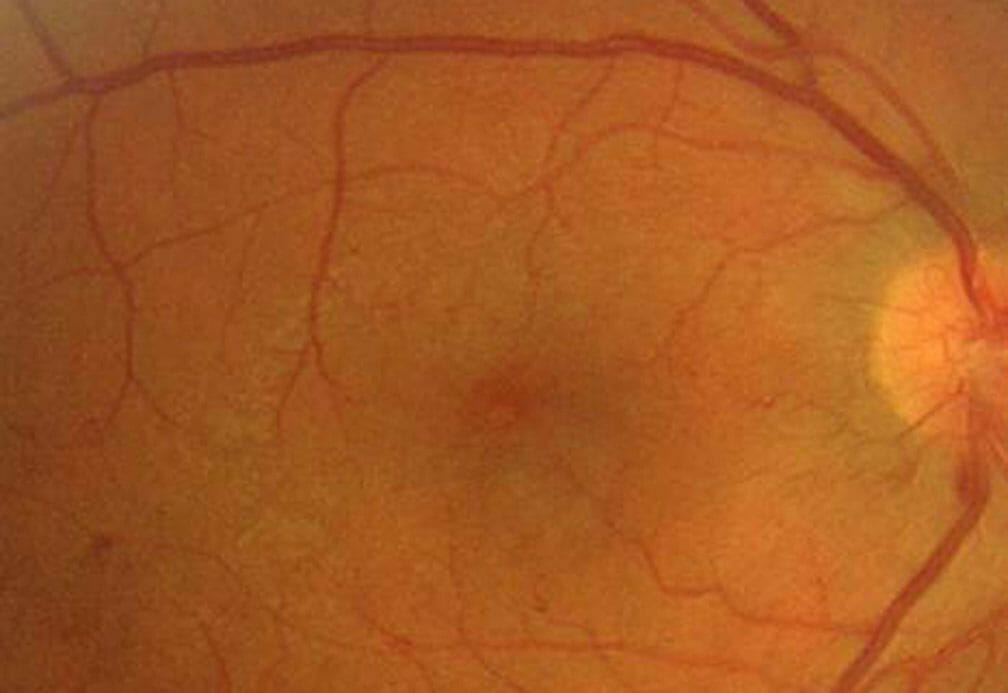 First year results from the Bevordex study into treatment options for diabetic macular oedema (DMO) have been released as the second year of the study comes to its conclusion. The study was a highlight at the American Academy of Ophthalmology meeting in Chicago during October and at the RANZCO 2014 Congress in late November.

Diabetic Macular Oedema is a common cause of loss of vision, believed to occur in around 7 per cent of people with diabetes.

The research involved a randomised clinical trial to evaluate the two main types of injections that are used to treat DMO: Vascular Endothelial Growth Factor (VEGF) inhibitors – such as Avastin, Lucentis and Eylea; and steroid eye injections which were pioneered by Save Sight institute and Sydney Eye Hospital.

While both anti-VEGF and steroids have delivered effective treatment to people with DME, risks and side effects have been associated with both. The study analysed the VEGF inhibitor Bevacizumab (‘Avastin’) and the slow-release steroid formulation Dexamethasone (‘Dex-Implant’).

Eighty-eight eyes (66 patients) were enrolled for the two-year study, half of which received steroid injections while the other half received VEGF inhibitor injections.

In a report posted online, the SSI researchers wrote, “We were primarily interested in the proportion of patients in each group whose vision improved by two or more lines on an eye chart. In both groups this has, to date, occurred in around 40 per cent of eyes. Vision did not deteriorate in any eyes treated with the VEGF inhibitor, but it did in some eyes receiving steroid injections. This was primarily due to cataract formation, a well-known side effect of steroid injections.”

They noted that another side-effect of steroid injections, which occurred in about half the treated eyes, was increased intraocular pressure. However an advantage of the steroid treatment was that only three injections were required over the 12 month study compared to eight times for eyes treated with VEGF inhibitor.

In normal eyes, the CMT is less than 300 microns whereas participants in the Bevordex study had an average CMT of 500 microns before they started treatment. The researchers noted that participant’s eyes treated with steroid injections (Dex-Implant) had a much greater reduction in DMO (measured by CMT) than eyes treated with the VEGF inhibitor (Bevacizumab ‘Avastin’).

Additionally, they found that Dex-Implant was only effective for four months, whereas it had previously been thought to last six months.

In concluding their report, the researchers wrote, “our findings thus far indicate that steroid injections clearly have a stronger effect and last much longer than the VEGF inhibitor. However, steroids also frequently caused cataracts and can result in increased intraocular pressure.

“This study provides good evidence that steroids may be considered as first line treatment of eyes with DMO for those people who have already had their cataracts removed.

“Steroids might also be considered for patients who wish to have as few injections as possible, or cannot be seen monthly, perhaps for geographical reasons.”

The final two-year follow-up of all patients involved in the Bervordex study was completed in October 2014. A full report of the study is yet to be released.

This study is important because it is the first to test head to head an intra-ocular injection of steroid vs. a VEGF inhibitor for the treatment of diabetic macular oedema.

The main result was that the steroid, in the form of the dexamethasone implant (DEX-implant or Ozurdex), and the VEGF inhibitor bevacizumab (Avastin) had similar rates of vision improvement, which was the main end point measured. The DEX implant had a stronger anatomic affect by reducing macular oedema more effectively with fewer injections. Visual acuity improvements were similar between the two treatments, but more eyes receiving steroids lost vision than those receiving the VEGF inhibitor. This was likely due to cataract, as expected. The two-year results will clarify the effect of cataract, which occurs in at least 50 per cent of eyes treated with steroids.

An important aspect of the study was that steroids were more effective in clearing hard exudate than the anti VEFG agent. This is clinically significant because if hard exudate progresses, it can precipitate in the centre of the macula and form a scar, thereby destroying central vision. 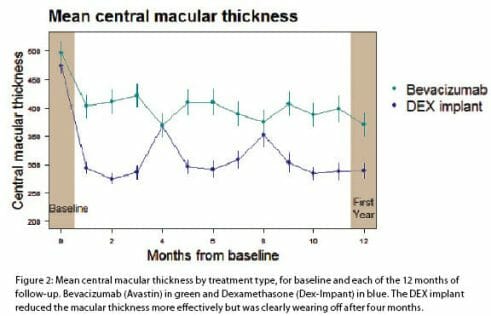 There are potential side effects of anti VEGF injections. We have not seen a neuro toxic effect on the retina yet, but there are theoretical reasons we may see one in five to10 years’ time in patients who require a lot of treatment.

Additionally there is some concern that even injections into the eye of VEGF inhibitors may increase the risk of major cardiovascular adverse events such as stroke or myocardial infarction, to which people with diabetes are already exposed.

I believe the treatment of choice for most ophthalmologists would be a VEGF inhibitor in phakic patients and some would consider steroids in pseudo phakic patients or patients about to have their cataracts removed. This is how I use intra ocular steroids. I also favour them when there is a large amount of hard exudate present.