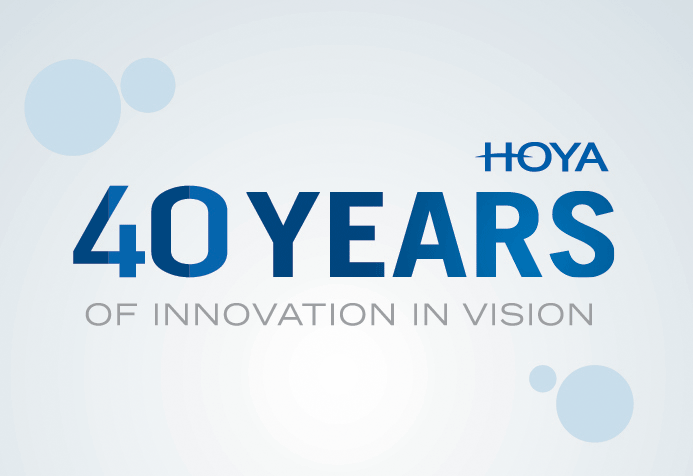 As Hoya celebrates 40 years in Australia, mivision spoke to Managing Director Craig Chick about the company’s evolution and the unique points of difference that have driven its growth and success.

“Australia was the first Hoya affiliate office to be opened outside Japan. The office was established in April 1974 in Surry Hills, and according to the old timers we operated from a typical old fashioned multi-level warehouse style building with labs, sales and warehousing spread throughout the building,” said Mr. Chick.

He said right from the beginning, Hoya ran its own race with a marketing strategy that differed from other lens manufacturer, making it tough to gain a foothold on local turf.

“In 1974 the lens labs would grind, finish and sell lenses from all the manufacturers – so Optical Products, for example, would sell semi-finished blanks from Solar, Zeiss, American Optical and Younger to optical dispensers. But if you wanted Hoya lenses, dispensers had to buy from Hoya. That made our job at Hoya tough – people liked to deal with one particular lab – they didn’t want to have to deal with another point of supply.”

Mr. Chick said the reason for this strategy was to maintain a tight control on quality.

“The feeling was that if we’d made our products available to other labs we wouldn’t have been able to control the quality of coating and grinding – and then any problems with the lenses would have reflected on our manufacturing capacity.” He said quality was particularly important given the company’s focus on growing the multi-coating sector of the lens market.

The company’s early growth, he says, came down to having the right products at the right time.

“In 1974 we released two products – a 1.6 Light High Index glass (LHI) and a 1.8 Thin High Index glass (THI). Nobody else had these products and so they became our point of difference from which we built the organisation,” said Mr. Chick.

The 90s saw an introduction of Hoya’s 1.60 EYAS material – the highest index lens available in plastic, and four times stronger than CR39 plastic lenses, providing the ideal combination of tensile strength and clarity.
“The timing was perfect – that was when the rimless trend came in with the likes of Silhouette and Marchon. At that time practices were doing their own edging. EYAS lenses were much easier to work with than polycarbonate lenses, and so they were the preferred choice. Hoya grew exponentially after that. We were just fortunate to have two of the right products at the right time.”

In 1994 Hoya moved to purpose built premises in the Sydney suburb of Alexandria. Forty years on, the company continues its growth strategy as part of what is now a global organisation.