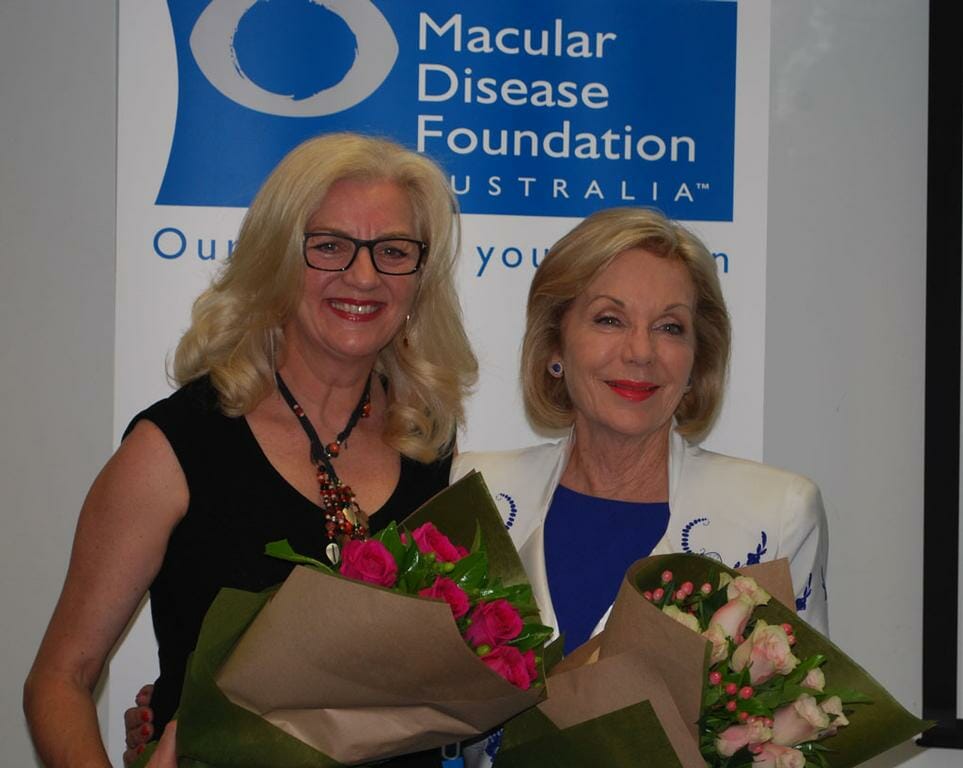 Ita Buttrose OAM and Patron of Macular Disease Foundation Australia (MDFA) has acknowledged the work of the Foundation in creating awareness of macular disease and advocating for accessible treatments. Speaking at the MDFA Annual General Meeting on 9 December, she read from a letter she had received from her Uncle Gerald, whose sight had been saved by injection therapy. With a strong family history of macular disease (his father and two siblings had lost their sight from macular degeneration), Ms. Buttrose said her uncle, now aged 92, was still able to read his Kindle and drive.

Elizabeth Carr, Chair of Macular Disease Foundation Australia, took the opportunity to thank the Foundation’s supporters, volunteers, board and staff. She said some of the Foundation’s major achievements over the past year were:

Ms. Carr described the Foundation as “an organisation with a commercial mind and a social spirit”. She said after 13 years the Foundation was optimistic about its future thanks to the depth and breadth of support it receives from the public and private sector. She said revenue of approximately AU$4.5 million and $5.3 million in assets is a “phenomenal achievement” but the Foundation “needs to be even bigger in order to be able to do all of the work that is required”.

Ms. Carr officially welcomed newly appointed board member Assoc. Professor Nitin Verma to the Foundation. Additionally, she announced that the Foundation will seek to appoint four new board members in the New Year following the retirement of Professor Jill Keeffe, Peter Brown, Peter Reid and Barry Clarke. Thanking the four retiring members, she said that between them, they had served 35 years, and that despite standing down, the Foundation would “continue to shamelessly exploit their talents”. Ms. Carr said all retirements were in line with the Australian Institute of Company Directors’ recommended tenures for board members and part of the continual process of renewal and change.