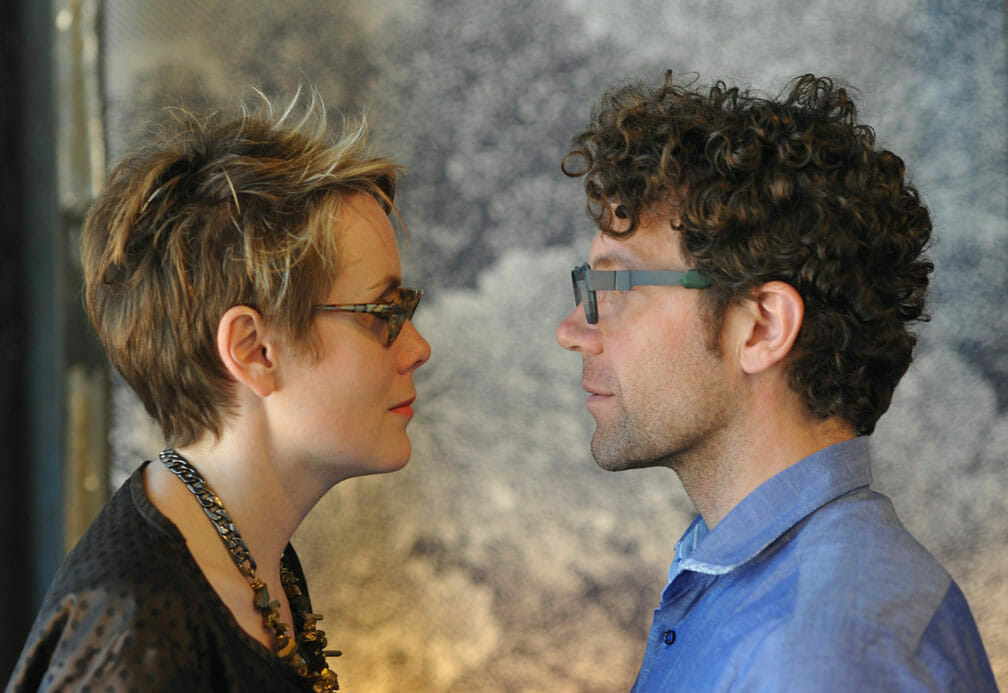 Walk the halls of the world’s most influential eyewear shows and you’d be hard-pressed to find designs anything like Niloca… highly technical, beautifully creative and daringly different, eyewear borne from the marriage of two passionate minds.

Niloca Eyewear is the brainchild of Colin Redmond, an industrial / automotive designer with a degree in polymer science turned optical dispenser, and his wife Josie, an optical dispenser of 20 years. They opened an optical store in Melbourne in 2008 with the plan that Colin would design his own range of glasses… now they’re selling on the international market alongside legendary designers Theo, Hoet, Anne et Valentine and Kirk+Kirk.

Have you always been interested in eyewear and fashion?
Since receiving my first pair of glasses at age six I was always interested in eyewear. Not necessarily the eyewear itself, more the perception and treatment received when wearing them.Fashion is something I absorb through my wife’s wardrobe. While I’m still yet to wear a skirt to a tradeshow, I do draw inspiration from the colours and textures of the runway. When I’m overseas, I really enjoy an early morning jog past the amazing shop windows of Della Spiga in Milan, Nationalestraat Antwerp, Nolita in New York or anywhere around the sixth arrondissement of Paris.

What did your first pair of glasses look like?
My first pair of glasses in the early 80s looked very similar to current Wallaby Parker glasses, rectangular tortoise shell! Later I invested in Mykita and JF Rey, then ic! Berlin and AV – then I had the courage to get a pair of Theos. I haven’t looked back since. So many compliments; and I’ve met so many interesting people wearing interesting glasses.

Were you designing eyewear before starting Niloca?
Before starting Niloca Eyewear I owned an industrial design and 3D printing consultancy, while learning to be an optical dispenser. I had worked with high-tech clients for more than 15 years in mining, medical, robotics, automotive and nano-technologies. 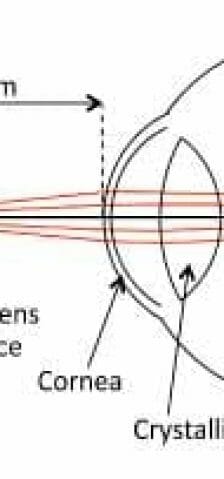 Getting into eyewear was the total opposite to this high-tech industry, as the manufacture of glasses is a very hands-on process. Approaching eyewear design from this perspective with a clean set of eyes has allowed me to use non-conventional methods in creating original and beautiful eyewear.

The name Niloca… what does it mean?
Niloca is Latin / Portuguese for ‘not even crazy’. It’s a play on Australian irony, which is endearing as my glasses are anything but ‘not crazy’. Niloca is also my name backwards – I’m not the vain type. And I could never have my own name on a product straight out. Could you imagine wearing glasses with a label that said ‘The Colin’? I’m a realist. I’m ‘a Colin’ – there are lots of us out there, each doing their own interesting thing.

What is Niloca’s customer profile?
I like to think I know who my customer is, but I don’t. If I had to choose three words to describe them, it would be: confident, stylish and independent.Your eyewear designs are particularly bold. Why did you decide to go down this path rather than starting out with more conservative styling?

I’m a touch cynical about this. Having a shop allows me to be that way, as I can create original innovative eyewear. My frames are about complementing character; they’re about personifying the wearer; it’s about self-expression and design appreciation.Glasses aren’t a medical device, they provide a medical service, but they’re not a medical device. And besides, life is too short to dress like everyone else! Or as we like to say – Dare to Flair!

What is your aim with the design of a new frame?
To always make the customer ecstatic, like an album of hit singles. I get so much inspiration that all my ranges are quite different – they couldn’t all be put onto one album with one theme. The best reaction is when customers jiggle with excitement as I show them the latest collection at a show. At a show, they’ve seen everything else, they’ve got parties to go to, people to see – but when I can keep their attention based purely on the design then I know I’ve nailed it.

Where do you draw your inspiration from?
I’m a voyeur from way back. I’ve always been interested in the ‘why’ and ‘how’ of ‘everything’ – people call me hyperactive. I’m not very good at conversation / sales, because while talking with someone I’ve become inspired by something they’ve said. I then appear vague and disinterested – but that’s the total opposite of how I feel. Inside my head I’m trying to rein in this spark they’ve triggered. As soon as they leave, I scribble the idea down in a notebook. It might be a word, colour, texture or material, but the smallest of details can have the biggest and greatest result.I’m currently studying for my pilot’s licence and taking a parenting course so I can survive my rampant 13-month-old boy – it’s led to many an inspiring moment!

How has your eyewear been received?
For independent optometrists who want something different, it’s been very, very well received. Per capita, Australia is my best market and by volume it’s Canada and by store density it’s Europe. Interestingly the US is by far the most conservative market, but not as much as the UK. But having said that, I was recently shown an American label that is copying two of my early styles – I’ll take that as a compliment!

How and where do you source your acetate?
I travel to France twice a year to source stock acetate and create my own. I work with small factories that remain independent in what is a very aggressive and fierce market. The complex patterns and colours are mixed, sliced and pressed with a consistency of boiled candy. It’s a fascinating process with encyclopedic volumes full of trade secrets. For instance my trade secret is the addition of a nano-UV stabiliser for all my red acetates to cope with Australian conditions, because by nature, red is a troublesome material colour to work with.

Where are your frames made?
My frames are made in Australia, Japan and France. The people who make my glasses are all highly skilled – often third generation spectacle makers. I invest an enormous amount of time detailing drawings, creating explanation images and 3D CAD renders. This communicates what I need done, regardless of language or technical knowledge. It’s not uncommon for a single frame design to have 40 pages of design documentation to make sure it’s made correctly the first time.

What new styles did you showcase at NYC and Milan?
We had some amazing new pieces for both NYC and Milan. I really thought they expanded the boundaries of eyewear thinking. We featured new materials; I’ve been experimenting with some amazing hybrid materials for the past three years. I brought them out at Vision East and Mido and the response was sensational.

How challenging has it been to build your brand overseas from Australia?
It’s a big challenge managing, different time zones, languages and cultures but without the international market, we wouldn’t survive. It’s still a seven-day-a-week business, while I also look after our two small children under the age of three. It’s not all champagne and limo rides up the Champs-Élysées.

Do you have a mentor?
Having a professional network is important but I try not to get too close as I don’t want to be influenced by their thinking. That said, Theo has guided me and our thinking is so alike, it’s scary. We actually released identical frames in Mido 2013 – the ‘frame within a frame’ concept. It was a bold step at the time and many doubted us, but now I’ve seen three eyewear manufacturers copying that idea: one independent, one fashion label and one multi-national.

From a business design perspective I talk with Wim (Somers) from Theo, Patrick (Hoet) from Hoet, Christophe (Gilabert) from Anne et Valentine, Jason (Kirk) from Kirk+Kirk and Peter Coombs from Coombs Eyewear, it’s a great industry to be in with very passionate people creating some amazing eyewear. For
sales motivation, I have some great clients in Sydney at DiOptics – their selling skills should be bottled! They amaze me every time we meet.

Where do you see the business will be in five years?
We aim to keep expanding. Our aim is to have 100 quality stores within five years, by which point we’ll concentrate on serving these stockists as best we can.

Our philosophy in business is, and always will be, win-win.