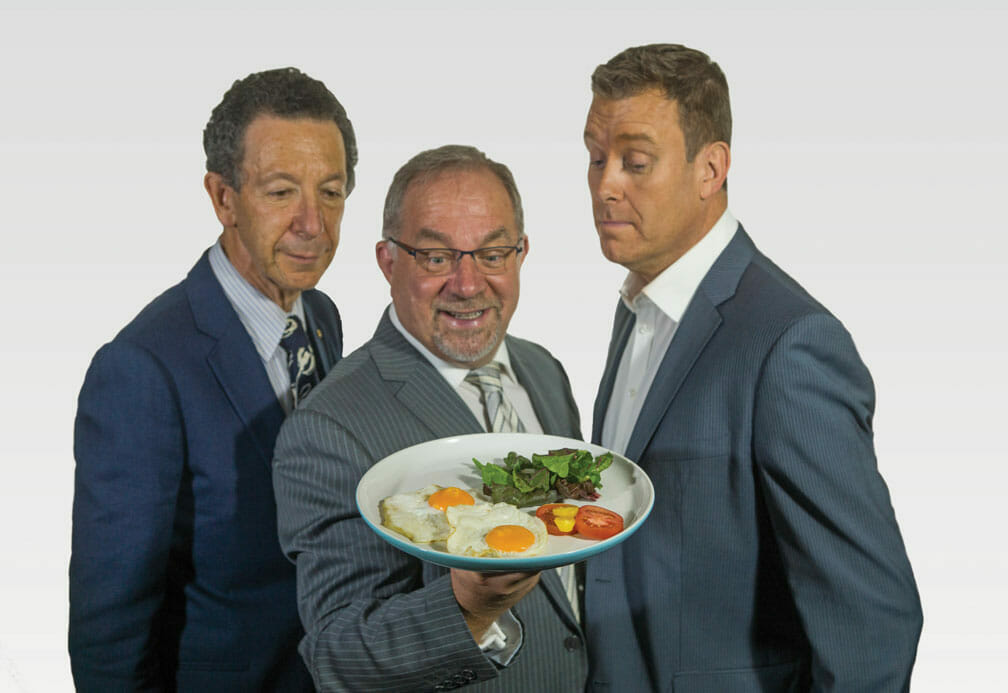 Glaucoma Australia is eagerly awaiting the results of the National Eye Health Survey, expected to report this year, saying it will help to inform policy debate for years to come.

The National Eye Health Survey, funded in part by the federal government and some member organisations of Vision 2020 Australia, will be able to confirm if the calamitous 50 per cent detection rate – highlighted almost two decades ago (in the Blue Mountains Eye Study 1996 and the Melbourne Visual Impairment Project 1998) – has become even more dire as the population ages.

Glaucoma Australia believes the availability of a more current number will be crucial to inform policy debate in coming years.

In the meantime, the organisation is seeking help from eye health practices to promote glaucoma awareness through its B.I.G. (Beat Invisible Glaucoma) Breakfast initiative this month.

During World Glaucoma Week, Glaucoma Australia is asking everyone with glaucoma to host a B.I.G Breakfast to ‘Have the Conversation…

Glaucoma is not a well-known disease within the Australian community, likely because its overall adult incidence is around 2 per cent and much less in children.

Those who do know of glaucoma generally think of it as “an old person’s disease”, after all by the age of 80 about one in eight people will have glaucoma. Why all the fuss then about looking for glaucoma prior to a person being in old or even middle age?

Glaucoma is difficult to diagnose and there is still much to learn for clinicians and patients alike. What is clear however, is the earlier glaucoma is diagnosed and then appropriately treated, the better baseline vision people will have to take with them into their old age. Most people being treated will be able to halt or slow visual loss and be able to carry on with activities of daily living without major inconvenience. For others though, no matter what is done, glaucoma blindness is their ‘lot’.

It is particularly important for people with glaucoma risk factors that increase their likelihood of developing glaucoma to be detected as early as possible. While the benefits of general screening for glaucoma remain tenuous in the absence of an established body of tests (see: Strategies for Tailored Glaucoma Care in the December issue of mivision) someone with a higher risk deserves to be comprehensively and regularly examined for signs of this largely invisible disease.

One such group is the direct relatives of those already diagnosed with glaucoma (second in risk only to elevated intraocular pressure). They are approximately 10 times more likely to develop glaucoma than the general community and their probability is a one in four chance of glaucoma in their lifetime. This is a ‘lottery’ with very high odds and a poor ‘prize’ and they deserve our special attention.

Eye health professionals can make a worthy difference to overall glaucoma detection rates by reminding everyone with glaucoma that “Glaucoma Runs in Families” and they need to “Have the Conversation” with their relatives about what the future may hold for them.

Have the B.I.G. Conversation

During World Glaucoma Week, Glaucoma Australia is asking everyone with glaucoma to host a Beat Invisible Glaucoma (B.I.G.) Breakfast to “Have the Conversation”. Eye health providers can do their bit by promoting the B.I.G. Breakfast in their practice during February, leading up to World Glaucoma Week (6–12 March 2016) and hosting your own practice event during the Week.

What better way for a practice to say “I care” about people with glaucoma, and their families? Who knows, they may be looking after those family members one day.

Contact Glaucoma Australia for a resource kit at: www.thebigbreakfast.org.au/prackit/ or by phoning (AUS) 02 9906 6640.