Connect with:
HomemitwocentsCorporate Care: Is it a Contradiction in Terms?
mitwocents
author: Michael Jacobs 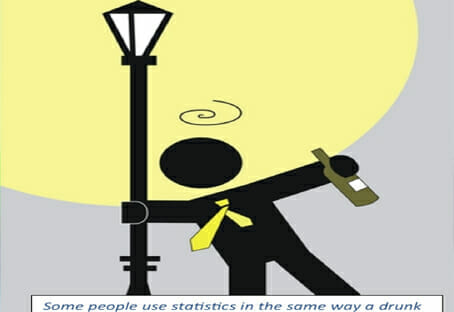 Business consultant Michael Jacobs reflects on lessons learnt from a high profile career in optics, giving mivision his ‘two cents worth’ on the future for independent optometry, Australian-style. In this article he talks about the impact of the corporatising medical services.

Port Macquarie on the Mid North Coast of NSW has a large regional public hospital (Port Macquarie Base Hospital) which was originally purpose built as Australia’s first privately operated public hospital by a Liberal state government in the 1990s. The stated intention was to demonstrate that privately run hospitals were more efficient than public hospitals. It was patently clear, given the strong opposition at the time, that this decision was more about ideology than economics. I had some insight into the performance of the Base Hospital in the early 00s so I can say with some degree of confidence that the private management of the hospital exceeded all KPIs initially set for it and in fact was better than most if not all public hospitals in the State.

Is it a better hospital now? I cannot answer that question but I have learned a lot from observing the whole process. In a public hospital there are many functions that lend themselves to private operation (contractors) including such things as laundry, cleaning, food, security, facilities management etc. However, when it comes to clinical decisions there is substantial evidence to suggest that clinical decisions made by persons in an organisation whose sole purpose is to maximise returns to shareholders must be viewed with significant reservation.

In another personal experience, I was hospitalised while living in the US in a private not-for-profit hospital. I was covered by my company funded health insurance policy. One day after my surgery the surgeon visited me and said I would have to go home that day because the insurance company (HMO) had advised the hospital that they would only pay for one night for my particular procedure.

Most Australian optometry practices will have had the experience of a patient calling their private health insurer from their practice to determine what rebate they may get on a frame and/or lens purchase, only to have the health insurer tell them they could save money by going to a preferred provider approved by the insurer. This practise has been brought to the attention of the ACCC, which has chosen not to act. It is reasonable to presume then, that this practise is not illegal. But is it ethical? How does the insurer benefit? Do they get a benefit from their preferred providers? I think not but they are seen as proactively supporting their members and at least giving the impression of saving their members’ money. This then leads to (supposedly) happier members who then tell others and thus grow the health insurers’ member base and thus income.

Then there is the practice of no gap arrangements with certain specialists whereby the insurer pays a higher rebate to the specialist who agrees to accept the insurer’s set fee for a specified procedure. Did the insurer select these specialists because they did a better job? No, they were chosen because they agreed to charge less for a procedure. Is this ethical? Hopefully, one day a patient will sue an insurer because the insurer, through price manipulation, drove the patient to use a particular specialist and that specialist turned out to be negligent. Only then will we see this issue resolved.

It is important to note that corporations, or institutions for that matter, are not inherently ethical or unethical. They have a responsibility to operate legally – that is all. Ethics are a choice made by individuals or groups of individuals so when we hear people talking about this organisation or that business being unethical they are really saying that the members of that organisation are unethical. When organisations are designed in such a way that their primary responsibility is to maximise returns to shareholders then there is a clear conflict of interest in making a clinical decision which is in the best interest of the patient but not in the financial interest of the organisation.

Most independent optometrists choose to be independent so they can make clinical decisions without having an organisation/boss/franchise standing behind them reminding them of their business obligations to said organisation/boss/franchise. This is the hallmark of independent optometry. It is what separates you from the rest of the crowd. This doesn’t mean that you don’t have conflicts. By definition you must make a profit to survive so you are constantly faced with decisions which may not be in your financial best interest – but when you chose to be an independent you chose to give up some of your income in order to best serve your patients. Be proud of who you are and what you do. You are unique in this increasingly corporatised world.