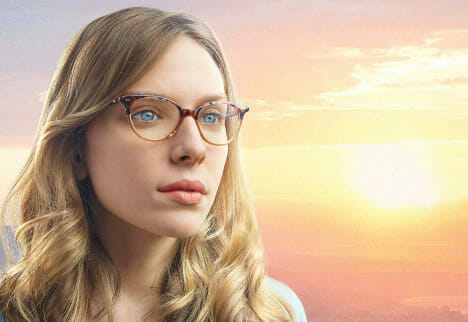 Essilor is making its presence felt following a period of review which has seen the company make significant changes to its operations and expand its product offering.

The company has completely reviewed its operations strategy to manage customer care within territories of Australia. Laurent Soudier, Essilor ANZ Operation Director explains, “We have now a daily direct shipment to each of our State labs which allows a much quicker and consistent service. Our customers in Western Australia and Queensland have seen a significant improvement of their turnaround time”.

Education and training have also been a focus point. On top of the Essilor University online courses, Tim Thurn, in charge of Professional Services, has trained over 2000 eyecare professionals in 2015. So far in 2016, he has been presenting a series of seminars on understanding patients’ needs. Essilor is also supporting its iconic Crizal UV range with a four month national consumer marketing campaign that leverages on the Cancer Council endorsement, driving consumers in store via digital and television.

Diane Ceccarelli, Marketing Director Essilor ANZ, said a totally new website, established to support the Crizal campaign, was launched in early March to increase consumers’ information and awareness about the importance of good vision. The campaign also connects consumers directly to optometrists through an appointment booking facility. The first weeks of the campaign saw site traffic multiply by 10, with several thousand clicks on the store locator.

This month Essilor will expand its range with Eyezen, which targets non presbyope…

In New Zealand during April, Essilor met with its Platinum Partners in four cities, following up on its November 2015 conference which was held in Auckland. Speaking of the meetings, Kumuda Setty, Marketing Manager New Zealand, said, “this was a perfect setting to exchange with the Platinum Partners on holistic ways to expand their business with, for example, specific kids’ offers with Crizal Prevencia, safety opportunities, low vision patient care through Humanware and more.”

This month Essilor will expand its range with Eyezen, which targets non presbyopes, features a slight extra power at the bottom to support focusing, and includes Crizal Prevencia coating to protect the eyes while enhancing contrast on digital screens. “We believe this lens is very disruptive: a better alternative to single vision lenses, it offers independent optometrists a truly differentiated proposal for 20 to 45-year olds. Studies show that seven out of 10 digital users suffer from tired eyes, and Australians spend an average of 10 hours per day on their digital devices (laptops, smart phones and tablets). Eyezen is the best solution for their strained eyes,” said Ms. Ceccarelli.

In January this year, Essilor launched the Essilor Vision Foundation, a concept which enables the company to give back to the community by providing free eye screening programs to people who would not otherwise have access to these services. Screening commenced in April and is attracting solid interest.