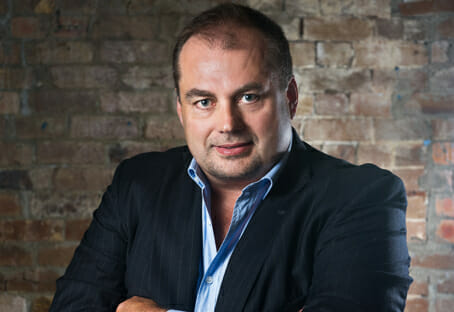 George & Matilda has been unveiled as the newest entrant into the Australian optical market.

Friday 29 April marks the launch of George & Matilda Eyecare, a new proposition in the Australian optometry market which the company says “will offer consumers progressive vision care, great value, and stylish frames – all delivered by independent optometrists who have already established themselves as trusted professionals in their communities.”

“George & Matilda Eyecare will deliver a new and compelling proposition for consumers by combining the marketing, systems, technologies and resources of a bigger business, with the personalised service and local trust enjoyed by successful independent optometrists,” said Mr. Beer.

As CEO, Mr. Beer’s 30-year track record in the optometry industry will be backed by an experienced board, including Andrew Reitzer (Chairman), who brings more than 35 years of experience in both the retail and wholesaling industries – most notably as former CEO of ASX-listed Metcash Limited.

Speaking about the new venture, Chris Beer said: “After many years of working in the optometry industry in Australia, it became clear to me that there was a compelling opportunity for genuine partnership with leading independent optometrists in order to create shared value.

“We have already signed on some of the best independent optometrists in Australia as partners, and are in discussions with a healthy pipeline of many more independents attracted to the George & Matilda Eyecare proposition.”

Significant initial signings include Peter Hewett Optometry and Hanks Optometrists, both of whom Mr. Beer says are “regarded as industry and opinion leaders within Australian optometry”. These acquisitions underscore George & Matilda Eyecare’s approach of partnering with independent optometrists with a successful track record and strong reputations in their local communities.

The name George & Matilda was carefully chosen to embody the values and vision of the brand:

For more information on George & Matilda Eyecare go to: www.georgeandmatilda.com.au.