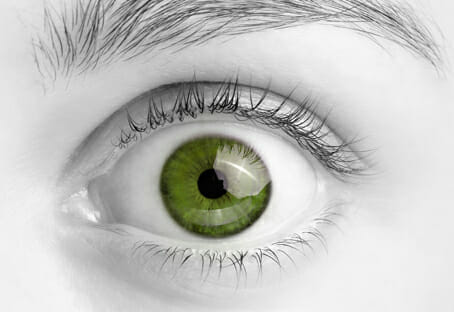 There’s a new contact lens causing quite a buzz in optometric circles, but does it really live up to the hype?

A couple of months back I reported on attending the American Academy of Optometry Meeting in New Orleans. I was fortunate to meet some of the boffins in the Johnson & Johnson Vision Care research and development division responsible for developing the new Acuvue Oasys 1 Day lens (AO1D). They had taken the well proven Oasys two-weekly disposable, and through some clever tweaks to the senofilcon A polymer, created a daily disposable lens that promised to outperform other lenses in this category. From what the polymer chemists and the rest of the research and development team told me, they were confident they had a winning formula. Marketing had also done a good job, however as a somewhat cynical clinician, the only thing that really counts in my book is real world performance on real patients.

I also met with some über enthusiastic independent practitioners who told me they were blown away with what some regarded as a ‘kick-arse’ lens in terms of performance and patient acceptance.

You Have My Attention!

They certainly piqued my interest and I was hanging out for some months to get my grubby paws on this next generation single use silicone-hydrogel lens.

I have to say I have been blown away with the performance of this lens, as have my patients

I was already impressed with the results I’d been getting in the recent past with two or three other si-hy dailies. There was, however, a cohort of patients who were still not totally satisfied. Some complained of lens awareness, excess movement, edge awareness, variable vision, reducing comfort and tired, heavy-feeling, dry eyes. To me such patients remain challenges. Despite trying a variety of lenses, steroids and dry eye management strategies – where indicated – we had still not delivered contact lens performance that met their expectations. Among this group were those with side effects relating to their medication: oral contraceptives, tranquilisers, anti-depressants and isoretinoin-based skin medications among them. Some of the known issues affect contact lens tolerance, accommodative function, and mydriasis as well as altered tear and meibomian gland function. On top of this many were type-A personalities with extended hours of near work, computers and the use of digital devices. Air-conditioning – and in some cases – 16+ hours of lens wear, with changing environments and all the challenges that modern life throw at us, were compounding factors.

Despite a very tight timeline before I headed off in mid-March to visit family in South Africa, we managed to obtain the required trial lenses and get some of these challenging patients in for refitting.

So, How Did it Perform?

Well I have to say I have been blown away with the performance of this lens, as have my patients. Without fail they delivered what we were seeking. From the moment of insertion they expressed that they were delighted with the lenses. Some simply said ‘wow’, while others described how moist or light they felt. Most said they were unaware of the lenses. For many we recorded significant improvements in vision of one to two lines of visual acuity and in the odd case, three to five lines!

Of course insertion comfort is one thing but would they be as enthusiastic at the end of their 16-hour days?

Within days the emails started rolling in. They told me their symptoms of headaches, variable vision, discomfort, dryness and tired eyes had disappeared. In the main, they all ordered a six-month supply of lenses. I can’t say I have ever experienced such results, even on simple cases, never mind the trickiest ones I could find to really test the performance claims.

So am I impressed? In a nutshell the answer would have to be a resounding yes. I’d go so far as to say it’s the best soft contact lens I’ve ever trialled. Of course I’d have to add the caveat, as I always do, that time will tell if this is to be a long-term improvement in performance. I don’t see why it should not continue to perform well and have certainly not heard anything negative from those with longer-term wearers than my cases.

The lens developers have found a way to enhance the function and performance of Acuvue’s polyvinyl pyrrolidone (PVP) wetting technology with the new HydraLuxe evolution. Essentially they use a specific form of PVP with a set and very specific molecular weight and polymer chain length. The PVP is not an additive that leeches out of the lens during lens wear, as we see in some other lenses. Instead, it is an integral part of the lens polymer. PVP is tried and tested and it’s been integrated into lenses since the days of Frankland, Highgate and others who discovered its benefits when evolving from simple HEMA 38 per cent water lenses into higher water hydrogels in the 1960s, ‘70s and beyond. Of course the way it’s used today in si-hy polymers is a far step beyond those humble days, but nevertheless it is safe and proven in contact lenses.

Although the AO1D lens boasts a larger optic zone than its predecessors, that alone would not explain the visual acuity improvements. To my mind the mucomimetic properties of the so-called tear infused design are at the core of this improved vision and stability. As has been shown, an unstable tear film is responsible for a significant degree of aberrations in the optical pathway. Due to its variability, it’s not correctable in optical terms. We can add in spherical aberration controlled optics but this is outweighed by the degradation in vision the tear film variability induces. It seems logical that in this new lens the resulting improved pre-lens tear film stability must be the reason. No doubt some clever researchers will be able to show this with aberrometry, in controlled trials. I would guess that someone, somewhere, is already doing such studies. It’s certainly what I would be looking at if I had such technology at my disposal.

There are some other tweaks in the lens, including a 0.1mm increase in diameter, tear like molecular structures and enhanced moisture network within the hydrated silicone matrix. The disadhesive properties of the lens material are also likely to be why we are hearing reports of improved stability in vision.

Of course like other Acuvue lenses we can also provide our patients with UV protection to the highest levels available with Class I UV protection eliminating 97 per cent of UVA and 99.5 per cent of UVB. It’s available in class leading 8.5 and 9.0 base curves with a +8.00 to -12.00D power range that covers the large majority of the spherical bell-curve distribution we find in clinical practice.

We can also look forward to a toric lens in the form of Acuvue Oasys 1 Day for astigmatism with enhanced ASD stabilisation, followed by a multifocal, in relatively quick succession.

It seems that Acuvue is back, with 10 new lenses expected over the next five years.

I look forward to getting access to these as they are released.

Have you tried the new Acuvue Oasys 1 Day lens?

If so, what are your patients reporting?