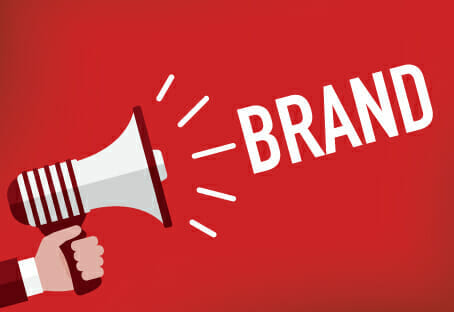 Acquisition, re-branding, commercialisation… been there, done that, and still prefer independence.

It was interesting to note recent news about the creation of the George & Matilda eye care brand in Australia. I was also interested to see that Saatchi & Saatchi were commissioned to create the brand name and their thinking behind it.

Having been through the process some years ago, when opening a new boutique practice, I have some first-hand insights as to how marketing and advertising people go about creating a new brand.

There appears to be a sense that double-barrelled brand names have some benefits in terms of consumer perception and recollection. Thus there are those who seek to emulate other trendy brands with double-barrelled names. One such brand that comes to mind is the New York based brand, Warby Parker, which seems to have gained quite some market share and rates in the ‘Top 10’ places to get eyeglasses in NYC. The other, closer to home, is Bailey Nelson which has about 22 ‘boutiques’ around the main centres in Australia and New Zealand. I had a brief look at one in a mall in Canberra recently; the branding, fit-out and general look was good.

top heavy management structures, preferred provider networks, conversion rates and all that other stuff would not work for me

Of course these sorts of brands are more commercial in nature than the average independent but not as overtly commercial as the leading chains. Some seem to be aiming for the niche, fashion end of the market.

There are also many successful independents that have double-barrelled names, usually derived from the surnames of the founding partners and they usually carry some weight.

Both the practices I’ve been a partner in for the majority of my practising career also had such names – my family practice in Pretoria, South Africa was Saks & Taylor (now Saks, Taylor & Brauer) and my NZ practice, the oldest in New Zealand, was Barry + Beale, est. 1902.

George & Matilda was thus not rocket science coming from Saatchi, nor anything revolutionary. As you probably know the company states it is derived from George Street in the Sydney CBD and also from the legendary Australian folk song Waltzing Matilda.

It was interesting to read the article in the July edition of mivision written by well-known business consultant Michael Jacobs, entitled “We Have Met The Enemy and He is Us”. This article dealt with, among other things, the aforementioned brand/s and the acceleration of change in Australian eye care. It also took a long hard look at the mix of chains and independents, where things stand, where things are going and what needs to be done.

As you know I am a firm supporter of independent optometry and many of my articles deal with how independents can, among other things, enhance their points of difference and leverage professionalism, marketing and the embracing of social media.

I will continue to do so.

One thing that start-up brands often do is acquire a few flagship practices/stores, to give their brand a kick start and provide the critical mass that’s needed to bring in the dollars. All too often they pay a premium, sometimes well over the real worth of a practice.

Again, I’ve been through the process and therefore, have first-hand experience. About seven years ago my fellow directors and I decided to sell our iconic practice Barry + Beale along with our boutique practice Vigil Eyewear.

We achieved a record price that to this day has not been beaten in NZ. Pretty much the same day the money went into our bank accounts, Specsavers announced their entry into the NZ market and the value of independent practices dropped.

The timing was indeed fortunate but it was also spot on!

This all took place in the midst of the Global Financial Crisis and the group that had initially purchased our practices (and about a dozen others) found trading hard. Although our practice maintained its turnover for the ensuing two years, some others didn’t and the owner decided to sell to OPSM. At that stage there was a bit of tit-for-tat one-upmanship between Specsavers and OPSM as to how many stores each had in NZ. OPSM thus saw an opportunity to add a dozen odd practices to their stable. Although the chap who had purchased us did not make a killing, he did manage to get out of it relatively unscathed.

Of course my philosophy and mode of practice was not compatible with the commercial environment of OPSM so I made a ‘graceful’ exit.

Fortunately some colleagues, and the new owners of the iconic eye care brand Mortimer Hirst est. 1951 (another double barrelled name), had around that time been talking to me about joining them. The rest is history.

Mortimer Hirst was the site of the first contact lens made in NZ during the 1940s, in the same location we are in today. It was one of few practices in NZ that fitted my philosophy and mode of practice and remains a respected general optometric, speciality contact lens and high-end dispensing practice in Auckland.

All this has given me deep insights into the thinking that goes into corporate acquisition, brand creation and the modus operandi of such groups.

I remain cynical of such structures.

That experience and subsequent developments confirmed my convictions that top heavy management structures, preferred provider networks, conversion rates and all that other stuff would not work for me. Some of my colleagues found that out the hard way and most have since moved on to independent practice that fits with their way of doing things.

I have been able to help and counsel a few colleagues who have either sold their practice or purchased one. I believe I have helped them to obtain the best deal and set up their contracts to protect themselves. I’ve also been asked by dental colleagues for advice, as they too are undergoing rampant change and corporatisation.

As usual I will keep a watching brief on developments and will report back on such things from time to time.