Taking Time to Save Time 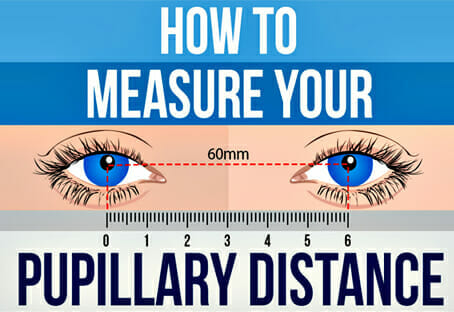 Let’s not allow the art of dispensing to disappear.

AD, a 60 year old CEO, was referred for contact lens fitting. He has a history of right vitrectomy for macula-on retinal detachment two years prior. A right cataract developed and six months later, he had right cataract extraction.

Prior to cataract surgery, AD’s refractive status was approximately R -1.50DS and L -2.00DS. He was a successful monovision contact lens patient with his right eye corrected for distance and the left eye unaided for near. Following cataract surgery, AD was able to achieve excellent unaided vision of R 6/5 with no refractive error. His left eye was L -2.00/-0.25×165 (6/6).

Over the past six months AD had noticed reducing near vision, for which he obtained single vision near spectacles, however these caused dizziness and eye strain. He also reported reduced depth perception.

AD’s ophthalmologist found a myopic shift in his left eye to L -2.50/-0.50×165 (6/6). He suspected the myopic shift leading to greater anisometropia was causing aniseikonia with spectacle wear, and referred him for a partial contact lens correction. He also noted mild cataract developing in the left eye, so should contact lens correction fail to alleviate AD’s symptoms, he would perform cataract surgery for the left eye also.

I trialled a soft contact lens in with -0.50DS effectively giving him a +1.75DS near addition in the left eye. AD found this improved his distance vision slightly but made his near vision worse. I offered to trial another lens, but explained we could only improve his vision minimally as his eyes already seemed to be well arranged naturally for monovision.

I discussed various options for AD: contact lenses in both eyes with near correction on top; multifocal contact lenses; single vision spectacles and progressive spectacles. AD’s goal was not necessarily to be spectacle free, but to have clear, comfortable, vision. His main complaint was he had a high near work load, which he could not accomplish with just one eye. I suggested trying spectacles again.

It was unsurprising that AD was experiencing symptoms, given the incorrect prescription and the induced prism from the decentration. Upon further questioning, his spectacles were six months old, and when he had taken them back because of dizziness and eye strain he had been reassured they were correct, hence his return to the ophthalmologist.

When I showed AD his near prescription in a trial frame, he was amazed at how clear and comfortable it was. We proceeded with single vision near spectacles, which alleviated his symptoms of dizziness and asthenopia.

Aniseikonia occurs when there is a difference in the perceived image size between the two eyes, which can lead to symptoms of headache, dizziness, disorientation and eye strain.1

Aniseikonia may be retinally induced, due to retinal compression, stretching or damage. This can occur from conditions such as epiretinal membrane, retinal detachment, macular oedema and retinal hole.1

AD’s past history of retinal detachment was probably not a causative factor as his central vision was spared, and he was asymptomatic until 18 months after the event.

AD had 2.25 dioptres of anisometropia, which is an amount tolerated by most patients. Given his past history of successful monovision contact lens wear, it would be expected that AD could tolerate this degree of anisometropia. However, his spectacles, being incorrectly prescribed, had 3.25 dioptres of difference between the two lenses, which would have increased the aniseikonia experienced with spectacles.

Prescribing spectacles is not as simple as giving the patient a lens with the correct power.

It is important that the optical centres (OCs) align with the visual axes of the patient’s eyes, as rays of light entering a lens at points other than the OCs will be deviated, inducing prismatic effects. This can lead to asthenopia, blurry vision, dizziness and headaches.

AD’s right OC was positioned correctly, however his left OC was 7mm higher than his pupil, resulting in unwanted vertical prism.

The amount of prism induced can be calculated by Prentice’s Rule, i.e. P = F x D where P = prism dioptres, F = distance from the optical centre and D = lens power.

Studies have shown that most spectacle wearers are unable to tolerate prisms greater than 0.5 prism dioptre vertical prism and one prism dioptre horizontal prism.5

AD spent months wearing spectacles that caused asthenopia, persevering with spectacles he was assured he would ‘adapt’ to. His next step after me was cataract surgery in his left, more myopic eye.

Given his history of retinal detachment in his right eye, his fellow left eye is a significantly higher risk for retinal detachment.6 This could have been avoided had more care been devoted to dispensing AD’s spectacles or listening to his concerns when he returned.

Several flaws in prior management occurred for this patient. If a small amount of time had been taken to address the patient’s concerns, reassessing his prescription, and measuring the heights, months of asthenopia for this patient could have been avoided.

This case should exemplify the danger of shops (online or bricks and mortar) selling glasses to customers by untrained salespeople.

Prescribing spectacles for a patient involves more than just giving a patient lenses with a prescription. Accurate optical dispensing is also essential, and I would argue, an integral part of their prescription.

Jessica Chi is the director of Eyetech Optometrists, an independent specialty contact lens practice in Melbourne. She is the current Victorian and National President of the Cornea and Contact Lens Society, and an invited speaker at meetings throughout Australia and beyond. She is a clinical supervisor at the University of Melbourne, and has served on the continuing education committee for the Australian College of Optometry and the Therapeutics Advisory Board for the Optometry Australia.