Connect with:
HomemicontactDetective Saks at your Service
micontact
author: dloxton

Detective Saks at your Service 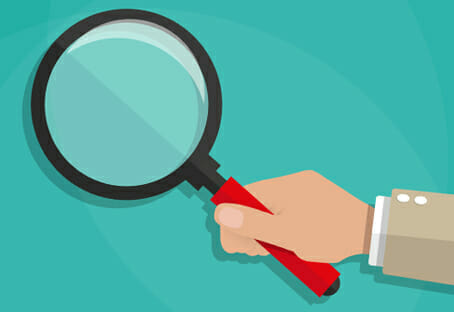 Looking beyond the obvious could save or extend a life.

One of the things I enjoy about practising optometry is the diverse range of patients I see. My wife Karen, who works at our Auckland practice in St. Heliers, told me she’d booked in an interesting new patient – a photographer who was getting some ghosting in her non-dominant left eye. Also, her +1.00D readymade readers were no longer working very well.

I duly saw the patient, a pleasant, forty-something lady who described a ‘drop shadow’ appearing around images with her left eye over the past few months and also noted a lump on her left lid, superiorly.

Many felt the pressure on practitioners to perform short, fast examinations was part of the problem

She required a +1.00 add consistent with her age and early presbyopia. My inquisitive mind immediately led me to perform topography: I found a ‘flat spot’ in the superior nasal quadrant of her left cornea. This corresponded to a chalazion in the superior lid which was obvious externally but confirmed with eversion.

My hypothesis was that this lump in the lid – present for some months – was inducing an unintended ‘orthokeratology’ effect during relatively static contact with her cornea during sleep: enough to alter her corneal topography, creating the above mixed astigmatism with an irregular, hyperopic shift.

I duly referred her to an anterior segment and lid-specialist ophthalmology colleague who performed incision and curettage of the chalazion. Although he felt the “mild left corneal topographic asymmetry, was possibly related” he did not seem convinced, as he thought it was quite small and superior nasal.

At any rate I reviewed her about six weeks post removal of the chalazion and she said things were back to normal and the drop shadow (ghosting) had resolved. Her readymade readers were working well again.

I repeated the topography: subtractive maps showed a resolution of the flat spot and a more normal corneal shape.

It’s always nice when a plan comes together and our diagnosis proves correct.

She did however report the arrival of a similar lump in the right superior lid. Despite my prescribing SteriLid – for marked blepharitis when first seen – it seems she is now developing regular chalazia. There was no previous history of chalazia prior to these recent occurrences. Eversion revealed two possible chalazia sites, nasal and temporally in her right superior lid. Neither the current right chalazia, nor the previous left one, had caused any pain or discharge, just the swelling.

I have now suggested she use a wheat pack, continue with lid hygiene and gives the lump/s a good squeeze. Hopefully they will break through the lid margin gland orifice and resolve. If not, I suggested she see the ophthalmologist again, especially if the right eye vision starts ghosting or deteriorating. I updated the surgeon with a report on my latest findings.

Something like this can go unnoticed by the patient and practitioner alike: thus people may start suspecting keratoconus, lens or retinal pathology as the possible cause of the problem. I’ve had other colleagues note similar refractive changes associated with hordeola and chalazia when discussing this case and seen a few others in my time.

Interestingly, some ophthalmologists tend to leave such chalazia, with the intention that they may resolve without intervention. However as this case showed, such swelling of the lid can lead to corneal topographic and resultant refractive changes and thus intervention and monitoring of refraction, vision and topography is advised.

A recent ground breaking case in the UK, where an optometrist has been found guilty of manslaughter following the death of a child after missing papilledema, has led to much discussion. Optometrists are concerned as are other medical practitioners.

Of course no one wants to lead to the death of a patient by missing pathology and some questions were raised as to the practice setting the optometrist was in. Many felt the pressure on practitioners to perform short, fast examinations was part of the problem. It also transpires that the most recent retinal images, taken by an assistant, were not reviewed by the optometrist. Of course that’s no excuse: the optometrist should have noted the papilledema or suspicious signs thereof, when performing direct ophthalmoscopy, BIO or Volk lens fundoscopy. The optometrist claims the patient was too photophobic to be able to perform these tests.

I prefer to do these tests myself as I believe it helps when building patient relationships, gathering information about their personality and so on. It also provides an opportunity to observe subtle signs, changes and responses.

At times I have picked up asymptomatic pathology. One case I recall was a seventy-eight year old walk in patient, on Christmas Eve 2013, who complained of flashes in her left eye. While doing the work up and taking a retinal image I took an image of the other asymptomatic eye, as I always do.

I noted a faint shadow on the superior nasal edge of the retinal camera’s field of view. I then had her re-fixate and detected what I suspected was a choroidal melanoma. She said she had noted a faint arcuate shimmer/shadow with that eye since IOL surgery a few years prior. Most had attributed this to negative dysphotopsia and it probably was.

She was referred urgently to an ophthalmology colleague who specialises in oncology, directly after Christmas. The decision was taken to enucleate her eye as she had a previous history of bowel cancer a decade or so prior. This was done in the first week of January 2014.

After the mass was pathologically examined the surgeon commented as follows: “The cytogenetics have come back on her tumour. Unfortunately this shows monosomy three and additional copies of 8q. These are recognised findings that correlate with a higher chance of metastatic disease. The chance that she will turn up with metastatic disease in her liver some time in the next few years is significantly more than 50 per cent… The best possible way to look for this disease is to have an ultrasound of the liver every six months on an on-going basis, but it may take years before one very tiny dormant cell activates, starts to grow and becomes visible on ultrasonography”.

Had I concentrated on the PVD in the left eye and ignored other things, my patient could have been dead within six months, which could have been attributed to the previous bowel cancer. She came in to thank me a few weeks later for saving her life, or at the very least extending it. So far it’s almost three years.

It’s likely that there are quite a few cases of missed pathology, that could be life threatening. There’s no substitute for a thorough examination and careful record keeping.

Quite a few optometrists are concerned that they could one day potentially be found guilty of manslaughter. Some have said they would not have considered optometry as a career if they’d know they could be jailed for such things.

Be careful out there…