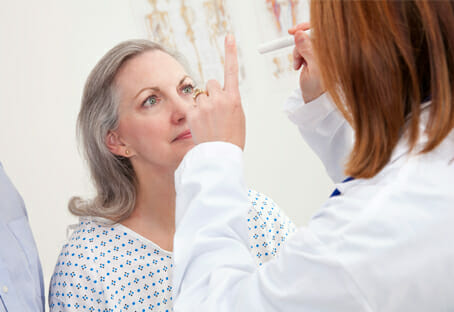 Australian women use more optometric services than men and suffer a higher rate of vision disorders, though men have significantly greater need for foreign body removal from the eye.

The latest Medicare statistics revealed that women received around 57 per cent of 8.48 million optometric services provided in 2015–2016 while men received 43 per cent, according to Optometry Australia.

From ages five to 85+, females outnumbered men in the number of services delivered.

Women aged between 45 and 74 years of age absorbed the highest level of optometric services (around 2.34 million) compared to those provided to men in the same age bracket (around 1.77 million services).

Men on the other hand, are almost five times more likely than women to need a foreign body – such as bits of metal, sand, dirt and grit and vegetative matter – embedded in their eye removed by an optometrist. Of the 8,222 services provided by optometrists to remove a foreign body from the eye, men accounted for 6,826 of these.

Australia’s Health 2016, a new report from the Australian Institute of Health and Welfare also reveals that more than 55 per cent of Australians – or over 12 million – have at least one long-term vision disorder and of these, vision disorders were more common among females (59 per cent) than males (51 per cent).1

The most common vision disorders were long-sightedness and short-sightedness with one in four Australians reporting each condition. Australia’s Health 2016 also revealed that one in two Australians wear glasses or contact lenses.2

Optometry Australia’s Senior Resident Optometrist Simon Hanna said that 75 per cent of vision loss was able to be prevented or treated with early detection.

“It is critical that men and women don’t take their eyesight for granted. Just like the rest of our body, we have to look after our eyes and the sooner we start doing this, the better our chance of maintaining good vision for life.

“Our eyes are crucial to living an active, happy and enriched life and there are simple things that we can all do to look after them,” said Mr. Hanna.

1. Have their eyes regularly examined by an optometrist.
2. Learn to look for warning signs of eye health and vision issues such as blurred or distorted vision, eye strain and headaches.
3. Talk about their family’s eye history (due to hereditary nature of many eye diseases).
4. Watch their children and look for signs of poor concentration, squinting, poor hand-eye coordination, inability to read things in the distance or any form of sensitivity or discomfort.
5. Always wear sunglasses when outdoors – year-round (our eyes are 10 times more sensitive to ultraviolet radiation than our skin.
6. Eat well (essential nutrients support good eye function).
7. Help prevent eye strain or “computer vision syndrome” by taking regular breaks from computers, tablets and mobile phone screens. To help slow progression of myopia, or short-sightedness, children should be encouraged to go outdoors between indoor and ‘near’ tasks.
8. Wear eye protection when doing tasks such as gardening, mowing, painting, chopping wood or working with any type of grinding or chopping equipment, to prevent foreign objects – such as small pieces of debris – becoming embedded in the eye.

References:
1. After adjusting for differences in the age structure of the population
2. Based on 2012 figures as reported by ABS 2013b