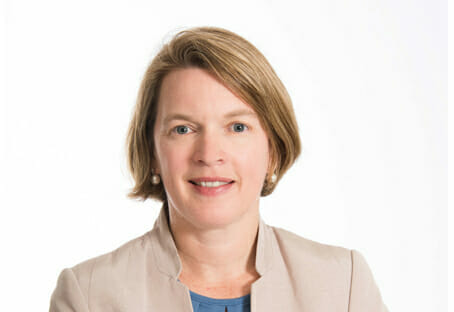 The Chief Executive Officer of Optometry Australia, Genevieve Quilty, will step down from her role in mid-February 2017 for personal reasons.

National President Kate Gifford said: “Mrs. Quilty has been an outstanding CEO for our organisation and the Board was saddened to receive her resignation on personal grounds.

“She has held the role of CEO of Optometry Australia since late 2011 and has generated significant change which has benefited the organisation’s overall performance and in particular, the way we deliver our membership services.

“Mrs. Quilty has focused on reinvigorating the federated organisation and implemented a major rebrand which has resulted in a new name and a strong, recalibrated business direction which has enhanced Optometry Australia’s reputation as the influential voice for optometry.

“Under her leadership, Optometry Australia has launched major national campaigns to raise awareness of community eye health and the role of optometrists among consumers and GPs.

“Mrs. Quilty has also represented Optometry Australia either as chair or as a committee member on numerous optometric and health services committees.”

Mrs. Gifford praised Mrs. Quilty’s efforts in transforming the organisation’s digital footprint through the introduction of new technology, websites and apps designed to keep members informed of sector news and information, to manage their continuing professional education and to make it easier for consumers to find optometrists through advanced online search functionality.

“Mrs. Quilty’s list of achievements is inspiring and we wish her every success in her future endeavours,” said Mrs. Gifford.

Mrs Quilty joined Optometry Australia in 2008 as National Policy Manager, bringing to the organisation a solid career working in senior policy and political roles in the Australian Government.