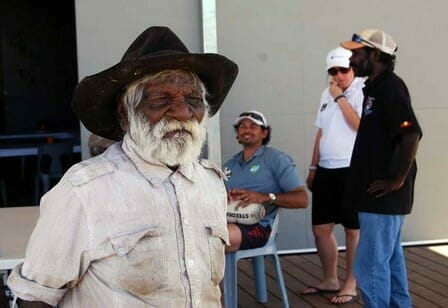 The Indigenous Eye Health Measures 2016 report, released by the Australian Institute of Health and Welfare (AIHW), was launched by the Minister for Indigenous Health, Ken Wyatt. It is the first national report on Indigenous eye health measures and brings together comprehensive data from a range of sources, presenting it at national, state and regional levels.

Minister Wyatt said one-third of Aboriginal and Torres Strait Islander people had reported one or more long-term eye conditions in 2016, however, “on the positive side, the report indicates that more Indigenous Australians are accessing eye health services provided through specific service programs.

“While the report shows improvements are being made in Closing the Gap in Indigenous eye health, more needs to be done.

“This report is important because from here we can build an evidence base for monitoring changes in Indigenous eye health, and identify service delivery gaps at the regional level,” Minister Wyatt said.

The recommendation for a national report into Indigenous eye health was a key part of the 2015 Aboriginal and Torres Strait Islander Sector Funding Proposal, produced by Vision 2020 Australia in collaboration with member organisations.

“These reports are an important step towards closing the gap in Aboriginal and Torres Strait Islander health, and particularly eye health and vision care,” said Vision 2020 Australia CEO Carla Northam.

She said Vision 2020 Australia would release a sector-wide proposal, Closing the Gap in Eye Health and Vision Care by 2020, in the coming days.

Additionally she said Vision 2020 Australia would recommend that the Indigenous Eye Health Measures 2016 report is referred to the Council of Australian Governments Health Council and its advisory body, the Australian Health Ministers’ Advisory Council.’

The Australian Government is investing around AU$72 million over 2013-14 to 2020-21 to improve eye health for Indigenous Australians.

University of Melbourne Postgraduate Courses in Optometry to Commence