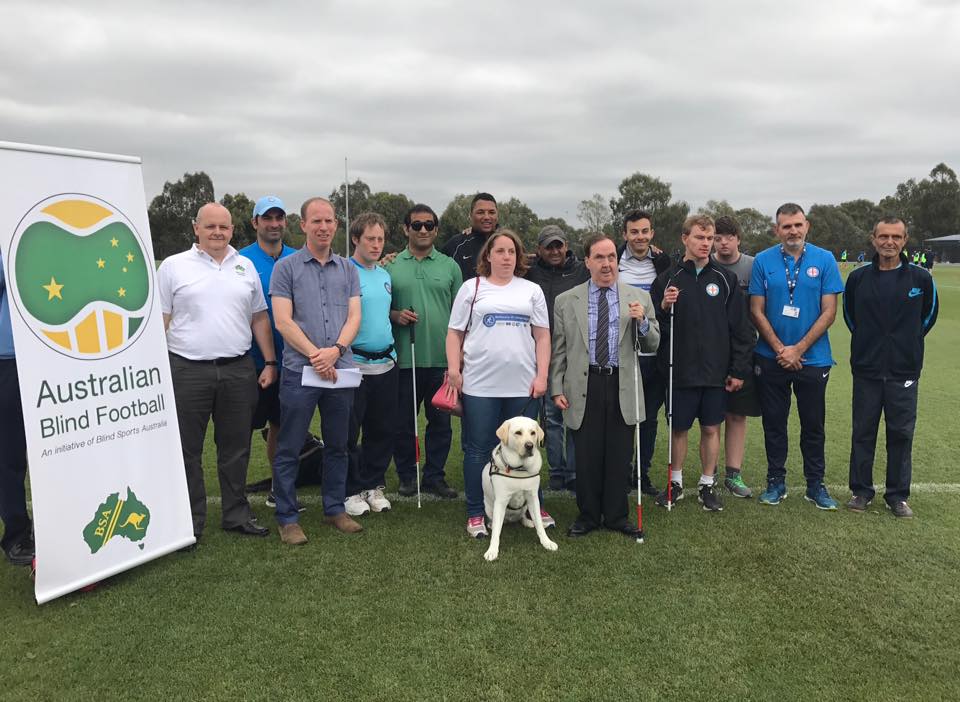 Australian Blind Football has announced the first ever national blind football squad, which is made up of blind football (B1) and vision impaired/partially sighted (B2/B3) players from across the country

Blind football is currently experience strong growth across the globe thanks to strong backing from the International Blind Sports Federation (IBSA). Australian Blind Football (ABF) coordinator David Connolly said the Australian blind football community is excited about making a name for itself, both at home and abroad.

“I am really excited about the announcement of the squad and the plans that we have for 2018. This announcement will let the blind football world know that Australia is serious about blind football and it will put the game onto the map here in Australia,” said Mr. Connolly.

“Players have been selected on their football ability, and also their commitment and enthusiasm for the game. We are starting at the ground level, so we need to be thinking long term and we want players who are willing to learn and challenge themselves,” he said.

B1 blind football is a Paralympic sport, while both B1 and B2/B3 blind football have World and Regional championship competitions. There is the possibility the Australian sides could compete in some of those competitions in 2018 and as a result BFA has organised camps for the chosen players to help them prepare for any opportunities they may have.

International tournaments in both formats are on the cards for next year.

More Needed for Blind and Vision Impaired, 65 and Over