Myopia? To Correct, Un-Correct or Under-Correct 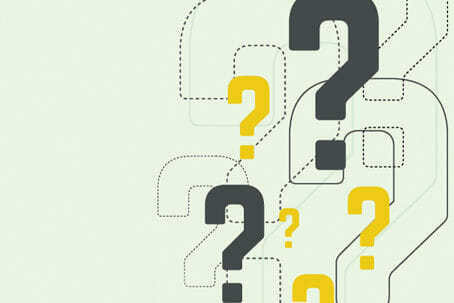 Despite the many proponents of under-correcting myopia, there is little evidence to support this strategy.

According to public information websites like endmyopia.org, optometrists are, by and large, charlatans only interested in funding their next Lamborghini… if they had a grain of compassion, they would instead, under correct their patients’ glasses to reverse the myopia induced by their previous full strength glasses.

In adults, reducing the strength of a prescription makes sense for those suffering refractive myopia caused by failure of the near focussing accommodation system to relax when looking into the distance. However, it doesn’t make sense when myopia is due to axial elongation. This is because once eyes have grown, unfortunately, they do not shrink regardless of the stimulus. Children are different – their eyes are growing, and it is the eye’s growth at this stage in life that is the problem.

Animal studies have demonstrated that the eye will adjust growth in response to visual stimulus, with axial growth accelerated when the ocular image is focussed behind the retina, and slowed if focussed in front of the retina.1–3 Following this logic, under correction – by shifting the ocular image in an anterior direction – should provide stimulus to slow progression of myopia. While animal studies have confirmed this intuition, it does not mean the same occurs in humans.

A recent study demonstrated that myopia progressed at a slightly slower rate in children with uncorrected myopia compared to those that had their myopia corrected.4 The uncorrected children with a median age of 12.7 years at enrolment, progressed by – 0.75D over two years, while the fully corrected children progressed by -1.04D. This is only one study, so it is not definitive, but the results suggest that in the early stages myopia could be left uncorrected rather than corrected with single vision glasses. It remains to be seen whether the same effect would be found with multifocal spectacle correction. Additionally, it is only feasible to leave children’s vision uncorrected in the early stages of myopia while reasonable unaided acuity is still maintained. As myopia progresses we instead need to consider under-correction.

Chung et al were the first to investigate under-correction in any detail, and from following 94 Malaysian children aged nine – 14 years, found a faster rate of myopia progression in those that had been under-corrected by approximately 0.75D (the lenses prescribed in these children were altered by the amount of plus required to blur them to 6/12 in each eye).5 Over two years, myopia was found to progress by -1.00D in the under-correct group compared to -0.77D in the fully corrected group, with significantly greater axial elongation in the under-corrected group.

Similar outcomes were found in a study following Jewish children aged six to 15 years over 18 months,6 although in this case, the difference in myopia progression between the two groups, despite being similar in magnitude as reported by Chung et al, did not reach statistical significance. In comparing their results with the previous study, the authors concluded that under-correction cannot be considered as an effective therapeutic intervention to slow progression of myopia. The authors reported rates of progression at 0.55D per year for the fully corrected group and 0.66D per year for the under-corrected group, which was higher than Chung et al. They attributed this to the more intense near study habits compared to secular schools where more time is likely to be spent on distance vision tasks such as reading from a whiteboard.

The following year, in a large cohort of 12 year old Chinese children, Li et al found significantly higher myopia and longer axial length at study enrolment in children who had previously been under-corrected, when factors including age, gender, number of myopic parents, time spent on near work, outdoor activities per day, usage and time of wearing glasses per day were matched.8 However, over one year of following these children, they found no significant difference between the groups, and these were the same researchers that showed beneficial myopia control effect for uncorrected vs. full correction of early myopia in their later 2017 study described earlier.

A blog on Endmyopia.org (endmyopia.org/studies-does-undercorrection-cause-more-myopia/) goes as far as to critically dissect the paper written by Chung et al. While that critique was based on some semblance of truth, the very nature of research means there are always flaws that can be identified and negatively exploited. However, to be fair, published scientific research needs to be considered as part of the scientific landscape, where each study contributes a brick to the wall of accumulated knowledge that helps iron out these flaws and clarify the story. Here I have painted the picture of this knowledge wall as it currently stands, rather than scouring the imperfections of a single knowledge building block. It’s easy to pull apart research, but to make a truthful counter argument, credible research rather than an amalgamation of case studies is needed.

So what is the evidence to support un- or under-correction of myopia, other than anecdotal reports? From the scientific literature there appears to be only one study, published by Tokoro and Kabe in 1965, that has shown slower progression of myopia from under-correction.9 However, some of the study participants were also given pharmaceutical treatments that could have influenced the results and subsequent conclusions that were drawn.

The individually reported personal stories of reduced myopia are always great to read or watch on the internet, but it’s dangerous to consider that these cases are representative of the population at large. The outdoor time and distance relaxing eye exercises described on websites like endmyopia.org are commendable, and have a place in helping reduce the adverse effects from our close-work-orientated world. But this is just part of the myopia story. Learning to relax our eyes into distance vision may help offset the effects of refractive myopia where the eye is over focussing, and under-correcting glasses may help that process in myopic adults. However, under-correction won’t help in children where it is eye growth rather than near focus lock that is the eye health risk factor causing them to become myopic.

The research may not align with how some people would like to view the world, or our individual views on how myopia develops. But it is dangerous to ignore or refute the scientific literature when it is our children’s eye health that is at risk, unless of course we can provide credible research to back our story. Without this, the view that under-correction is beneficial to reducing or even ‘ending’ myopia is not backed up by the literature, and however well intended, is just non-evidence based hearsay.

Working with the Evidence

For now the evidence suggests that correcting myopia with single vision glasses leads to higher progression of early myopia compared to leaving children uncorrected, but lower rates of progression when compared to them being under-corrected once more significant myopia is manifest. In a clinical context, this means that myopia shouldn’t be under-corrected, but consideration can be given to leaving early stage myopia uncorrected. A more favourable approach however, would be to prescribe multifocal glasses10–12 or multifocal contact lenses,13 which have been shown to slow progression of myopia relative to full single vision correction.

Dr. Paul Gifford is an Adjunct Senior Lecturer at University of New South Wales School of Optometry and Vision Sciences. He was awarded his PhD in 2009 from the Research in Orthokeratology (ROK) group, UNSW for his research investigating novel applications of orthokeratology contact lenses to temporarily mold corneal shape to correct vision. He then completed a post-doctorate with the same group to investigate correction of presbyopia using orthokeratology. Dr. Gifford divides his time between continued research with the Research in Orthokeratology group at UNSW, practice based research and consulting to industry on all aspects of contact lens design.