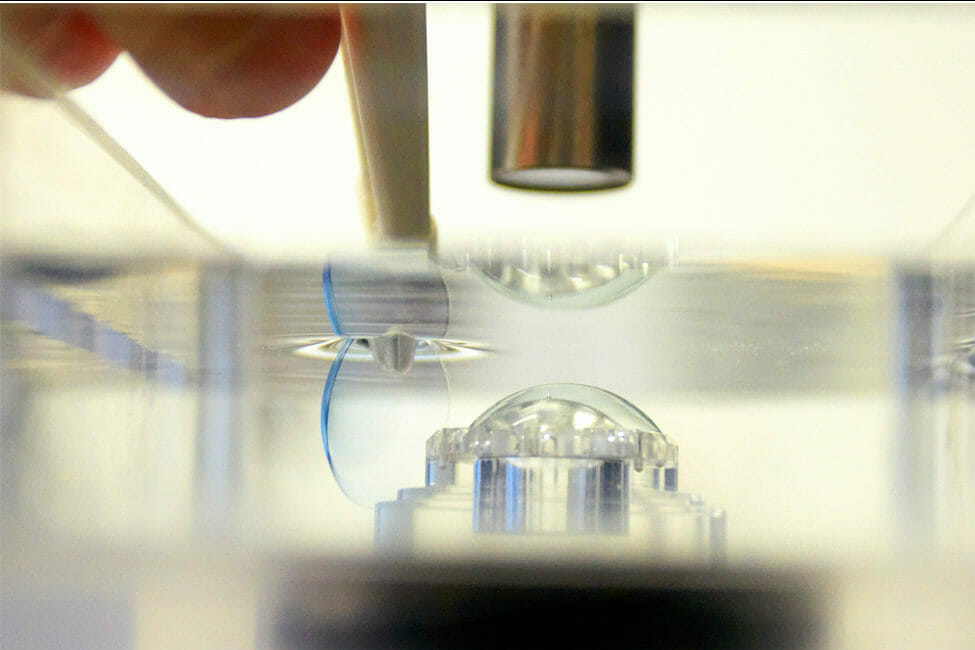 There’s an enormous opportunity to improve presbyopic patients’ vision and quality of life with effective contact lenses. According to Brien Holden Vision Institute, its new Extended Depth of Focus contact lenses provide good vision at all distances, while minimising ghosting and haloes.

Australia is getting old – almost 40 per cent of people were aged 45 years and over in 20151 – so there’s a huge presbyopic market. Yet the percentage of the age group wearing contact lenses for the condition has only marginally increased in high income countries in recent years.

Explanations for this slow growth include difficulties in fitting contact lenses to older patients and, notwithstanding improvements in multifocal contact lens designs and increased options, visual performance limitations.

In response to this challenge (and a significant opportunity) several ‘extended depth of focus’ designs have emerged, promising to provide good vision at all distances and reduce complexities associated with fitting lenses for presbyopes.

At least one company, Visioneering Technologies Inc, is advertising a new lens (its NaturalVue Multifocal 1 Day contact lens) that achieves ‘extended depth of focus’ (EDOF) through a patented design (Neurofocus Optics). Intraocular lenses, which claim to achieve the same, are also now available.

Researchers at Brien Holden Vision Institute (BHVI), based in Sydney, who have developed their own, patented EDOF intellectual property and designs, say the ability to provide good vision at all distances, while minimising ghosting and haloes, is a defining characteristic of EDOF.

Dr. Ravi Bakaraju, Head of Research and Development at BHVI, said many multifocal lenses claim to provide simultaneous vision at various visual distances but this often comes at the cost of reduced contrast, increased ghosting and compromised overall vision satisfaction.

“A number of variables, including the type of lens design (centre-near, centredistance multifocal or concentric bifocal), the amount of near add power, pupil size, rate of power change across the optical zone, inherent spherical aberrations of the corrected eye and contact lens centration on eye, can lead to a variability in visual performance, ranging from mild to severe performance degradation, which could occur at one or more distances,” he said. “These shortcomings are often exacerbated with low illumination levels.”

“Most multifocal contact lenses are centrenear designs and someone with a small pupil wearing this lens type might have problems with distance vision. One new design has attempted to overcome this issue by offering lenses with different zone sizes that correspond with typical changes in pupil size that occur with age and refractive status.

“Fourier optics simulations have shown that the depth-of-focus can be further increased through exploitation of the interactions between the higher order spherical aberration terms.”

According to Dr. Bakaraju, BHVI’s EDOF lenses achieve improvements in visual performance through a unique optical design, which enables the manipulation of multiple higher order spherical aberrations to increase depth of focus and minimise ghosting and haloes. This is relatively independent of pupil size and the inherent aberrations of the wearer.

“We did a lot of modelling to predict how the lens designs would perform and found that when multiple modes of spherical aberrations (with appropriate magnitude and size) were induced, the image quality was greater than that obtained through individual spherical aberrations, indicating an extended depth of focus,” he said. “We then evaluated several lens prototypes in a series of clinical trials and they compared very favourably over a range of measures with currently available multifocal lenses.

“We’re also investigating other approaches to achieving extended depth of focus. One of these is what we call ‘phase-step’, which uses phase modulation to create a stable through focus distribution of light by means of light interference. We’re currently using this approach in our intraocular lens designs.”

BHVI has signed licensing agreements with mark’ennovy, SEED and SynergEyes, to market contact lenses for presbyopia based on their patented EDOF intellectual property and designs. The lenses are expected to be available in Australia in late 2018.

This article was adapted, with permission, from an article in Optometry Today. www.aop.org.uk/ot/industry/contactlenses/ 2018/07/06/addressing-the-increasing-prevalenceof- myopia-and-presbyopia