Connect with:
HomemifeatureLifestyle and Alternative Approaches: What Can We Say?
mifeature
author: Dr Simon Skalicky and Dr Nick Toalster

Lifestyle and Alternative Approaches: What Can We Say? 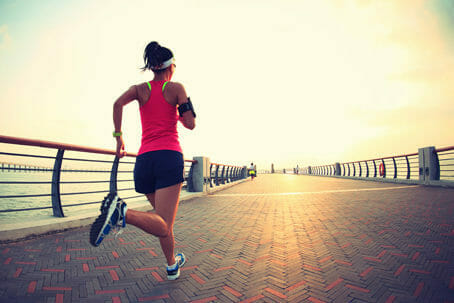 Glaucoma is a chronic disease and current treatments place a considerable burden of unwanted side effects on patients. As such, it is understandable that many patients are keen to know about any alternative treatment options. Even a cursory search of the internet reveals a plethora of sites purporting to treat or even cure glaucoma with a range of options from herbal remedies to eye exercises. But what is the evidence for complementary treatment approaches? What can we advise our patients in addition to our usual armamentarium of medicines, laser, and surgery?

Aerobic exercise is often touted as a panacea, but interestingly, the effects of exercise on glaucoma development and progression may be a double edged sword, if performed in excess. Studies have shown that moderate exercise lowers intraocular pressure (IOP) and slows progression of disease.1-3 Conversely it has been shown that excessive exercise may in fact raise IOP.4 This suggests that there may be an ideal amount and type of exercise that helps prevent disease without elevating pressure, a concept supported by Lin et al, (2017).5 Based on this it seems reasonable to recommend a moderate amount of aerobic exercise.

the mainstay of glaucoma treatment remains medications, laser and surgery, since the treatment effect of the complementary alternatives is modest

As an indicator of obesity, increased Body Mass Index (BMI) has been linked with raised IOP in a number of longitudinal6,7 and cross-sectional8,9 studies. Mechanisms that might explain this link include increased orbital fat impeding outflow,10 dysregulation of retrobulbar blood flow,11 or obesity related oxidative stress damaging the trabecular meshwork.12

However, the link between BMI and primary open angle glaucoma (POAG) is somewhat tenuous, with conflicting results observed from several epidemiological studies. Several found raised BMI was associated with reduced risk of open angle glaucoma (OAG) among women, although the reason for this link is uncertain.13 There is even evidence that too low a BMI might increase the risk of glaucomatous field loss.14 For this reason, the accepted advice to patients is to maintain a BMI in the healthy range.15

It has also been shown that certain yoga poses increase IOP16,17 (Figure 1). In particular Jasien et al (2015) showed significant elevations in IOP during four head down yoga postures.17 However, these changes in IOP were not sustained, only lasting two minutes following cessation of the postures. Apart from case reports18 there is little evidence to show an association with progressive glaucoma and yoga. Based on this we advise patients with moderate or severe glaucoma to avoid excessive straining or head down posturing during yoga.

Swimming goggles have been associated with sustained elevations of IOP.19,20 There is evidence that larger goggles, such as face masks, put less direct pressure on the orbital contents and lead to less pressure rise.21 Therefore we recommend these for patients who suffer from glaucoma and intend to wear goggles.

Smoking tobacco is clearly linked with a large number of negative health outcomes, and glaucoma is no exception.22 Some studies have not been able to prove a causative link between smoking and glaucoma.23-25 On balance, the majority of well conducted studies support the concept that smoking increases the incidence and progression of glaucoma, as one might expect.14,22,26-28 We recommend that patients cease smoking both for their glaucoma and general health.

Patients will occasionally ask about the use of marijuana for glaucoma treatment and the popular media is awash with talk about this. While marijuana does lower IOP, its effects are short lived (in the order of three to four hours), necessitating dosing eight to ten times per day to achieve a reasonable effect.29 Not only is this unachievable given the side effect profile, there is also a lack of evidence showing protection against glaucomatous progression.30 Accordingly, the American Glaucoma Society has released a position statement advising against marijuana use for glaucoma.31

What about foods, supplements, and herbs? Can they work like medicines to treat glaucoma? While some foods and supplements have some effect on glaucoma most of the remedies suggested as alternatives have little or no evidence supporting their use.

There are many herbal supplements purported to be beneficial in treating glaucoma. Ginkgo biloba, along with other flavonoids, is probably the best studied of them. These flavonoids are polyphenolic compounds found in foods like berries, tea, cacao and red wine. Ginkgo’s known effect on blood flow is theorised to be helpful in glaucoma and therefore has been the focus of the greatest number of studies. It has been shown to improve blood flow at the optic nerve head but clinical studies looking at its effect on visual field loss show mixed results.32,33 However, there is some evidence that Ginkgo biloba consumption may reduce glaucoma progression among patients with normal tension glaucoma.34 It may be reasonable to offer Ginkgo or other flavonoids to select motivated patients, however side effects, including increased bleeding tendency, must be discussed and considered in the context of the patient’s overall health. 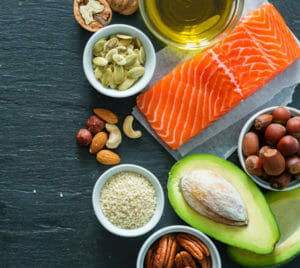 While the flavonoids in tea may be beneficial, the caffeine may in fact be harmful. Thankfully, the caffeine content in tea is generally low and unlikely to be significant. Coffee, on the other hand, has a potentially higher caffeine content and since caffeine increases aqueous production and increases IOP (albeit a small amount)35,36 we recommend that patients with moderately advanced glaucoma or brittle pressure control limit their coffee intake to less than three cups per day.

Vitamins are often thought to be beneficial and safe. There is, however, little good evidence supporting their use in glaucoma33 and some certainly do have side effects. Perhaps the only vitamin currently considered worth examining is nicotinamide or vitamin B3. There is a growing body of basic science literature promoting its role in neuroprotection for glaucoma.37 However, human trials are lacking and nicotinamide is not without side effects, including flushing, maculopathy and hepatotoxicity.38 For this reason we believe caution must be taken when recommending B3 until more convincing evidence is available. Currently the Centre for Eye Research Australia is conducting a clinical trial evaluating B3 for people with glaucoma.

Omega-3 fatty acids, found in oily fish (eg. salmon) and chia, has been shown to lower rates of glaucoma;39 it is wise to consume some foods rich in omega-3 fatty acids. Antioxidants and nitrates may also reduce glaucoma risk40,41 and are found in fruits and vegetables. Based on this, it is recommended to eat plenty of fruits and vegetables, especially those that are rich in Vitamin A and C, carotenes and nitrates. These include green leafy vegetables, carrots, cruciferous vegetables, berries, citrus fruits, and peaches.

In summary, the mainstay of glaucoma treatment remains medications, laser and surgery, since the treatment effect of the complementary alternatives is modest. There is reasonable evidence to support counselling our patients to engage in moderate exercise, smoking cessation, and healthy eating. Similarly, there is some evidence that dietary supplements such as Ginkgo and nicotinamide may be beneficial but it remains to be seen how significant their effect is and where they fit into our treatment paradigm. In the meantime it behoves us to engage with our patients about their treatment goals and to encourage an evidence based approach to lifestyle measures in glaucoma.

He undertook honours degrees in optometry, medicine and surgery in Queensland, and completed his training as an eye specialist in Sydney. He is a clinical lecturer at the University of Sydney. Dr Toalster is a sitting RANZCO ophthalmic science examiner and a founding member of the RANZCO committee on Diversity and Inclusiveness. As well as a passion for helping his patients, Dr Toalster has a particular interest in medical training and teaching. He currently works as a Glaucoma Fellow at the Royal Victorian Eye & Ear Hospital.

A University of Melbourne Senior Lecturer, he has published widely and remains actively involved in medical student teaching and RANZCO specialist training of ophthalmology registrars and glaucoma subspecialty fellows. Dr Skalicky is an active clinical glaucoma researcher, particularly interested in optimising patients’ treatment experience and their quality of life.