ProVision has celebrated 30 years of helping independent optometrists and their practices to prosper. The organisation, formerly known as Australia’s Independent Optometrists (AIO), was established by the Australian Optometrical Association (AOA) in 1989. Its establishment was led by Joe Chakman, with the assistance of practitioners, including Brian Layland and inaugural Chairperson Heather Waldron. 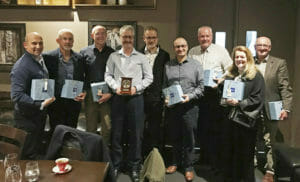 AOA established the AIO based on two fundamental beliefs:

1) Eyecare is, in the main, best delivered in private practice by practitioners who have control over clinical decisions and a direct, continuous and personal contact with the patient; and

2) The survival and progress of optometry relies on a strong sector of independent practices, which provides a comprehensive range of services including dispensing.

While both organisations have undergone significant change over the ensuing 30 years – AOA became Optometrists Association Australia (OAA) and then Optometry Australia (OA), and AIO became ProVision in 1999 – these fundamental beliefs remain at the centre of all that ProVision does.

This is translated into ProVision’s Mission: Ensure the ongoing viability of independent optometry by providing practices with the business services and products needed to keep them growing, competitive and profitable.