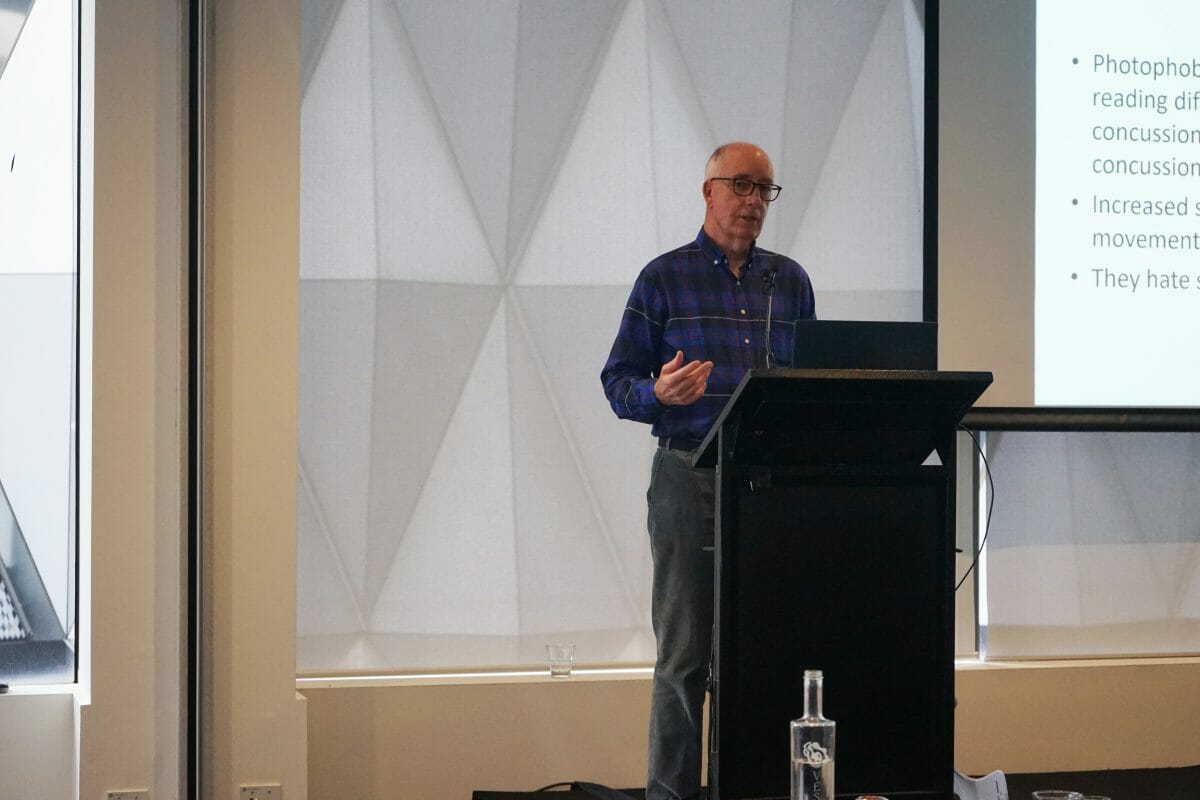 Optometrists who attended the National Australasian College of Behavioural Optometrists (ACBO) conference in Melbourne from 17–18 July were able to learn from Dr Neera Kapoor, one of the most respected optometrists working in the field of concussion and its visual consequences.

Optometrists come across many visual symptoms in routine examinations which can be the sequelae of previous head trauma, such as concussion, whiplash, acquired brain injury and stroke. Often clients present weeks, months or even years after the injury, with symptoms they do not connect with their head trauma.

As optometrists, we are well placed to analyse our clients’ behaviours and help them understand and improve their skill deficits.

Dr Kapoor implored vision care providers to take up the role of diagnosing and, where possible, treating visual disturbances to optimise vision function for this under-diagnosed portion of our community

Dr Neera explained that the visual system can be affected by brain trauma, primarily because 50% of the cranial nerves impact visual function directly or indirectly. We typically think of cranial nerves II, III, IV and VI, but of course V and VII will also impact eyelid and tear function. It is important to consider the complexity of the visual cortex, with neurons from the brainstem nuclei of the cranial nerves traversing four different cortical lobes (i.e. parietal and pre-frontal cortex). Additionally, the mid-brain and the cerebellum, where a lot of the ‘how to’ of functioning is stored, can be impacted. 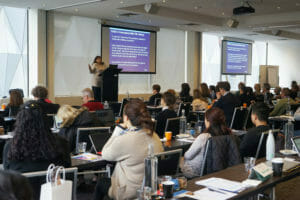 Examining such clients requires a thorough binocular vision workup. Expect to find reduced near point of conversion on repetition or reduced vergence ranges, as well as accommodative insufficiency or maybe an accommodative focal point that appears stuck. As well as an assessment of ocular motor motility, our workup needs to include assessment of pursuits, saccades and fixation ability, since they are often affected. These are becoming routine tests within hospitals and it behoves optometrists to be at the forefront of interpreting these measures.

Even a mild impact can affect the functioning of cognitive, vestibular, ocular-motor or cervical systems, along with exacerbating or triggering expressions of anxiety, mood disorders and migraines. Consequently, examination techniques may need to be modified. Our speech may need to be a little slower and more succinct. When changing over lenses, allow clients to close their eyes between changes and take their time as they adapt to a new lens. They may also require visual rest every two to three minutes. Some will perform better with the overhead fluorescent lights off. 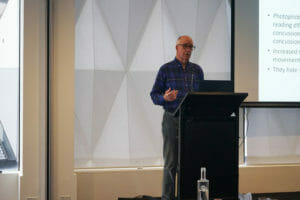 Upon questioning, these clients will often report symptoms that are specific to visual-vestibular dysfunction, including loss of balance, dizziness, vertigo and motion sickness.4 As a consequence, their visual symptoms may include eyestrain (51.9%), increased light sensitivity (49.4%), headaches with near tasks (44.4%) and blurriness during near tasks (43.8%).4

Treatment with low plus for near for asthenopic symptoms, prisms (yoked and split) for field and spatial deficits, filters and tints such as FL41 or grey for light sensitivity, and vision therapy for rehabilitation of visual skills, all remain common treatment options. It is important to use separate single vision distance and single vision near spectacle correction, especially in cases of visual-vestibular dysfunction.

Our treatments also need to consider referral to, and alignment with, neurologists, physiotherapists, occupational therapists, speech and language therapists and, depending on the severity of the injury, social workers, neuropsychologists, internal medicine practitioners and engaged caregivers.

Dr Kapoor implored vision care providers to take up the role of diagnosing and, where possible, treating visual disturbances to optimise vision function for this under-diagnosed portion of our community.

Sarah Sweeney is a director of RA Optometrists in North Brisbane.