In the wake of the bushfire crisis sweeping over New South Wales and Victoria, independent optometry practice Dyson & Long is offering free replacement glasses and contact lenses to patients severely affected by the fires. Dyson & Long has three practices in fire-affected communities across East Gippsland, Victoria.

Cameron Dyson, optometrist and founder of Dyson & Long, says his practices in Bairnsdale, Lakes Entrance and Mallacoota, and their respective communities, have all been affected to varying extents. Many patients have lost their homes and remain isolated due to road closures.

It’s kind of heartening, there’s been so many people helping out. The amount of help flooding in has been fantastic 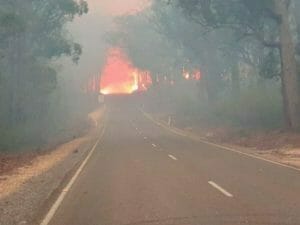 Road north of Bruthen on way to Swifts Creek.

“We just decided amongst ourselves that we’d supply free glasses to any of our patients who had lost their houses or their properties,” said Dr Dyson.

“We’ve already done several pairs of glasses for patients who have lost everything and there are more who have been in touch with us but because of circumstances haven’t been able to get in yet.”

Dr Dyson says as conditions improve he will likely see an influx of patients living in outlying communities coming in to receive much needed replacements. 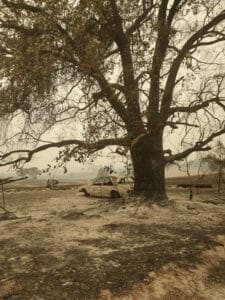 A lack of access to and from townships affected by fires over the past month has significantly implicated the management of all three Dyson & Long practices, especially in Mallacoota, which remains inaccessible.

“We’ve got a practice in Bairnsdale and Lakes Entrance, and we commute between the two. However, that road was cut off so there were periods where optometrists and staff couldn’t get to work,” explained Dr Dyson.

“I had staff relocating out of East Gippsland. They just had to leave their properties and they didn’t even know if they had a house to come back to for a while, so it was a little bit traumatic.”

During this period, Dr Dyson was limited to his Bairnsdale practice, and said Lakes Entrance was a ghost town in comparison. Heavily reliant on tourist trade, he says only time will tell if business in Lakes Entrance will bounce back from the lull.

Over the coming months staff at Dyson & Long will focus on reaching patients in Mallacoota, a process Dr Dyson says will happen over time as the community re-builds. 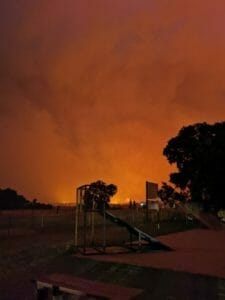 “We haven’t had a chance to get to the Mallacoota practice. All we know so far is that the building is still standing…when the roads are open, we’ll go down there and do a bit of extra work to try and catch up with everything,” said Dr Dyson.

He says that despite the devastation and ongoing sadness, community spirit has been invaluable to increasing morale.

Since initiating the process of replacing glasses and contact lenses Dyson & Long have gained the support of suppliers offering to help out in the effort to get patients back on their feet. Optometry Australia has also reached out to offer solutions for patients in Mallacoota.

“It’s kind of heartening, there’s been so many people helping out. The amount of help flooding in has been fantastic.”