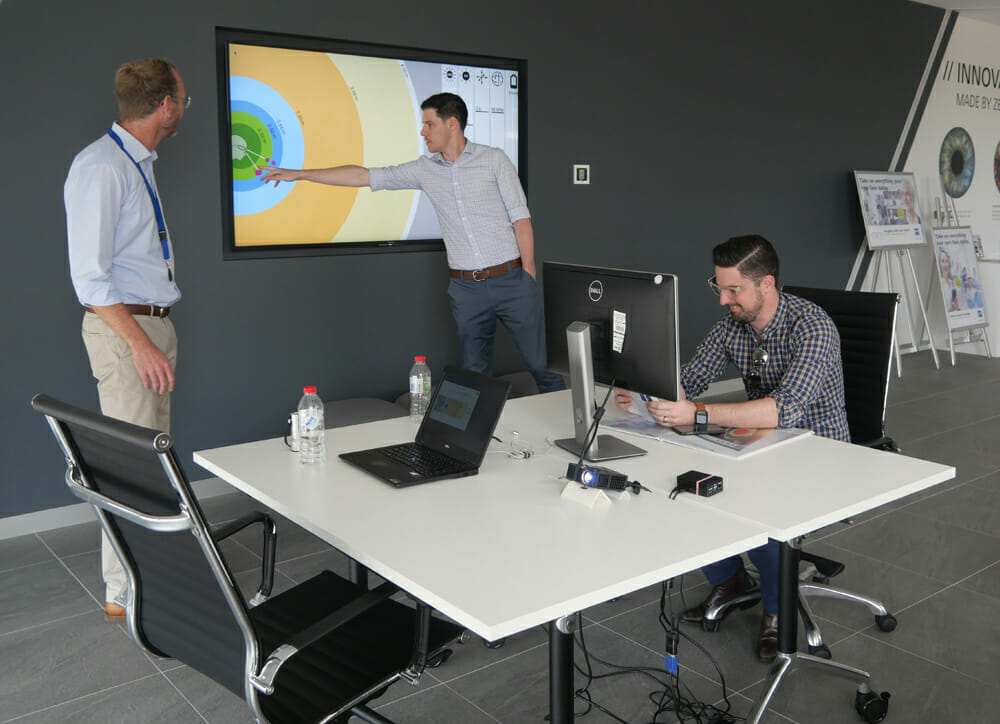 Zeiss has introduced optometrists to its new SmartLife lens series, a leap in technology it says is comparable with the invention of UV protective lenses.

Inside the walls of its state of the art facility, Zeiss revealed the research that has gone into development of the new lens series and the tools available to support optometrists as they help their patients maximise their vision needs. 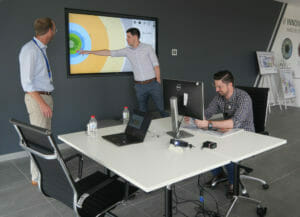 A study by Zeiss has found scientific evidence to support observed changes in visual behaviour due to the ubiquitous use of digital devices. The study – the first of its type – was undertaken using innovative eye tracking technology, a version of which may one day be used in practice to determine individual lens designs for patients.

During a presentation at Zeiss’ head office within the Tonsley Innovation District in Adelaide, South Australia, Hilke Fitzsimons, General Manager of Zeiss Vision Care Australia, and her team described the importance of study data gathered and how it will be used to direct lens design and choice.

Zeiss’ national study found 37% of Australians spend three to four hours a day on digital devices, with 26% connected for five to 10 hours. One in ten (9%) spend over ten hours per day – or 41% of their waking hours – looking at a screen.

Concerningly, almost one quarter of respondents (23%) have experienced a ‘near miss’ due to device distraction. One in ten have come close to serious accidents walking on the street, and another 10% while driving. Young adults are especially at risk of digital distraction, with one in five (20%) having experienced a near miss when driving, and the same proportion almost running into trouble walking in the street. This is understandable considering almost half of the respondents admitted to spending “a significant portion of their day” looking downward at a screen.

Dr Saulius Varnas, Principal on the Zeiss Expert Ladder, Zeiss Vision Care, explained why lens technology needs to be adapted to help maximise the vision of today’s ‘on the move’ consumers, who regularly refer to their smart phone while also undertaking daily tasks – whether at work, study or leisure.

Dr Varnas said the results of Zeiss research prove our visual behaviour is impacted by certain aspects of our lifestyle such as the use of mobile phones in the office environment. 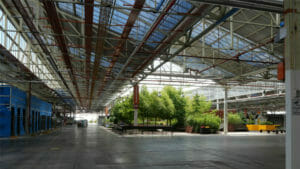 “We see that people holding a mobile phone need almost double the visual field because of continuous reference to the screen,” he said.

The collective data also highlighted the dynamics of vision for a range of different distances and orientations, with and without a smart phone.

“Depth of vision and the amount of accommodation needed changes when people perform day to day tasks while holding a smart phone, with a larger range of distance covered when a person is holding a phone… Surprisingly, we found people rely more on eye motion than head movement to manage their tasks and the demands of a smart phone.

“This places much more demand on the design of the spectacle lenses, if you’re wearing any, to be able to cope with the task when you have a mobile phone in your hand,” he said. In summary, Dr Varnus said a smart phone does influence our visual fields, it has an influence on vision tasks at various distances, and it affects users’ behaviour when they are on the move.

To undertake the study on vision behaviour, participants wore Eye Tracking Glasses developed by Tobii while performing specific tasks. The Eye Tracking Glasses had four infrared eye cameras – two for each eye – embedded in the lower rim of the frame, and a forwardfacing HD camera to record the scene the wearer was looking at. For every scene a wearer looked at, it was possible to know exactly the position of the left and right eyes, which enabled the direction of gaze and its residence time to be determined.

Other devices, such as a clip-on Vivior Monitor, can be used to gather individual lifestyle information, such as the distance to an object being viewed, the ambient illumination the eye is exposed to, the level of UV light, as well as orientation and motion of the head. The Vivior does not use a camera – information captured is simply uploaded to the cloud for analysis. This means it can be used in longer studies to capture daily behaviours and obtain a holistic understanding of visual behaviour and lifestyle in real-life situations.

In the future, the data captured could make it possible to build an individual’s lifestyle and vision profile – information which could be used to determine lens products to meet their specific visual needs.

Zeiss research has already started to identify typical visual behaviours for people according to age, occupation and gender. These profiles have provided evidence that patients would benefit from different spectacle lenses to meet their needs, at work and at leisure for instance.

Armed with scientific evidence about visual behaviours, Zeiss has developed a new lens category: SmartLife lenses, which comprises single vision, digital, and progressive lenses that are ideal for all of today’s active, connected adults.

Clear Optics directs precision in lens design and fabrication. Thin Optics balances aesthetics and optics. Zeiss Smart Dynamic Optics deploys an object-space model to account for dynamic visual behaviour from very close to very far, and flattens the distribution of dioptric power in the lens periphery to allow smoother, clearer vision needed for frequent changes of head and eye posture, which is driven by the way people interact with their handheld devices.

Age Intelligence applies Zeiss research and experience on the capabilities of adults of all ages to adapt to each lens design according to changes in pupil size and dynamic accommodation depending on the wearer’s age.

SUPPORT FOR PATIENTS AND PRACTICES

The new Zeiss SmartLife lens range has been supported with the release of a SmartLife App, the Zeiss Visuconsult100 Demonstration app. This app can be used on any iPad inpractice to demonstrate and explain the value of every feature of the lens, from its thickness and contours, to the available colours, tints and coatings. With live interactivity, customers can see how the lens reacts and changes according to add (for progressive lenses), head movement and the distance being looked at. They can also see how a photofusion lens lightens and darkens according to natural light in the environment.

Importantly for both patient and staff education, the App clearly demonstrates important measurements to be provided during dispensing, including the back vertex distance, pantoscopic tilt, pupil distance, position of wear data etc.

“This is a great tool to help your new non-optical staff understand how the lens technology works and also to provide patients with a full understanding of what they can expect from their new glasses,” said Yvette Barnes at Zeiss. Along with full lens descriptors, another tool produced for in store use by dispensers is an intuitive Smartguide – a wheel that asks dispensers to enter the answers to questions about the patient in front of them, then provides a lens recommendation. The Smartguide has been designed to help resolve issues surrounding the increasing number of lens options available.

DON’T FORGET TO SWITCH OFF

Ms Fitzsimons said the SmartLife lens portfolio is a “big deal” for Zeiss and for practices and patients alike.

“We don’t ‘see’ how we used to. Life used to be a series of events happening one after the other: do your job, read a book, meet with friends. Although the telephone might ring when you were doing any of these things, the phone did not require your complete visual attention as it does today,” said Ms Fitzsimons.

“Given the impact that device connectivity is having on our physiology, the Zeiss SmartLife portfolio is a big deal. It can be compared to the invention of UV protective lenses and is something we believe should become a global standard as a single solution for all of today’s active, connected adults.”

Ms Fitzsimons also reiterated the importance of frequently “switching off ”.

“It’s surprising how much distraction we can process without getting into more trouble than we already do. In terms of visual health, however, it’s very important that people spend time each day away from screens, and outdoors exposed to natural light, in addition to ensuring all eyewear is tailored to the ‘new norm’ of visual behaviour.”