Because the damaging effects of glaucoma are not always obvious, lack of treatment compliance is a major concern. Understanding your patient, and tailoring treatment to ensure compliance, is paramount to their eye health.

John,* a 67-year-old male, presented to the practice for the first time looking to update his spectacles. A high myope, he had been diagnosed with glaucoma in his late 50s and prescribed intraocular pressure (IOP) reducing drops. He ceased after 18 months as he “thought he wouldn’t be around still and did not see the point”. His present spectacles were seven years old and no longer working well as they were scratched. John has a strong family history of glaucoma, with his mother and both of his maternal grandparents having had the disease. 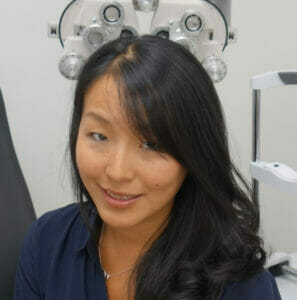 Anterior examination revealed early posterior subcapscular changes R>L, and angles were open on gonioscopy, with no signs of pseudoexfoliation or pigment dispersion. 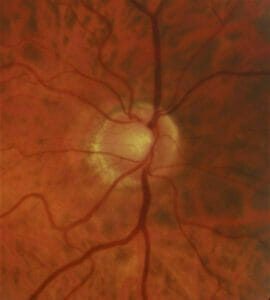 Visual field examination with the glaucoma test on a Medmont Visual Field Analyser M700 revealed an inferior arcuate and nasal step in the right eye, and an inferior defect in the left, corresponding to the super thinning in the nerve fibre layers. Reliability indices were good (Figure 5).

John’s visual field results showed glaucomatous changes in the right eye, however the loss was less specific for glaucoma in the left. He had a reduced mean deviation, with values of -5.39 in the right and -5.37 in the left. Values between zero and -2 are considered normal, with lower values indicating more visual field loss, however part of this could be attributed to media opacities such as cataracts. Monitoring for progression of glaucoma involves monitoring for visual field defect progression. As a single visual field does not establish baseline, he was restarted on Xalatan eye drops 0.005% nocte, and reviewed six weeks later. At the review appointment, IOP had reduced to R 17 and L 16mmHg at noon, and visual field testing was repeated, yielding similar results. 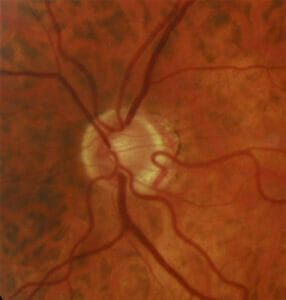 John was referred to an ophthalmologist and was offered selective laser trabeculoplasty, however he was happy to stay on eye drop medication at this stage as he lived rurally and did not wish to return to Melbourne. He understood the implications of glaucoma and vowed to be more compliant.

Glaucoma is often called the ‘silent thief of sight’ because it causes irreversible damage to the eye before the subject is even aware. This disease, as we all know, first affects the peripheral vision, to which we are far less attuned than our central vision. People normally only become aware of the damaging effects in glaucoma’s advanced stages.

As a result, maintaining patient compliance with glaucoma medication has been poor. Many study results have reported that only a quarter to a half of patients maintain their medication regime for a year.1-3 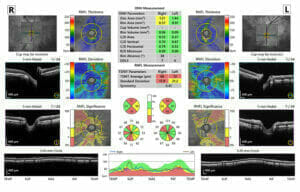 The complexity of the treatment regimen plays a significant role in compliance – the more complex the treatment, the more compliance decreases. A patient on a single drop with once daily dosing will find it easier to adhere to their treatment than someone on multiple drops and multiple administrations per day. Increased age is associated with increased risk of glaucoma, but also of other comorbidities. While a couple of drops a day may not seem difficult to recall, it may be overwhelming for a patient who already takes a plethora of other medications. It is also important to be mindful of the patient’s personal situation. For example, a patient who lives a stressful life, or is a carer for others, may fail to prioritise their own health, and may neglect adhering to their treatment plan, including returning for follow-up appointments. 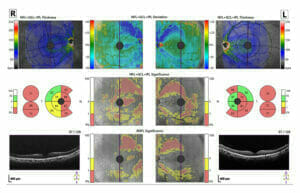 The patient needs to understand the implications of glaucoma, including its irreversible nature. John did not elaborate as to why he thought he “wouldn’t be around”. Whatever caused him to believe in his imminent demise had obviously subsided and he had witnessed first-hand the detrimental effects of glaucoma as both his parents had suffered from the disease. Patients that do not have this first-hand experience, or understanding of the disease, need to be adequately educated. However, it is not simply a matter of handing them information and expecting them to get it. Trust in the practitioner and the treatment regime is paramount in maintaining compliance. Taking the time to develop rapport and a relationship is crucial as glaucoma is a chronic disease which requires lifetime monitoring and treatment. 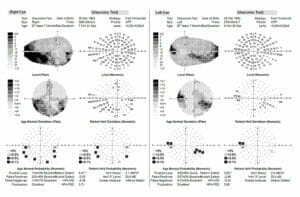 Traditionally, the first line of treatment for primary angle open glaucoma (POAG) and ocular hypertension has been IOP lowering eye drops. While they have been very effective, they have been known to cause adverse reactions on the ocular surface due to toxicity. Surgery has typically been reserved for cases which were non-responsive to drop therapy. However, the Laser in glaucoma and ocular hypertension (LiGHT) study5 has shown that selective laser trabeculoplasty (SLT) has been very effective as a sustained IOP lowering procedure, with an excellent ocular safety profile. It has been argued that SLT should be considered first line treatment for POAG due to its low rate of adverse events, as well as reducing the risk of non-compliance by not requiring the patient to adhere to a treatment regime.

SLT would have been an excellent option for John had there been any doubt about his compliance in administering the drops.

However, he was adamant that he would maintain his treatment regime. Ultimately, the decision is up to the patient. Diagnosing, monitoring and treating glaucomatous eyes can be anywhere from straightforward to challenging, however we also have to bear in mind that these eyes are connected to people. As much as no glaucoma case is the same, no individual is the same and so we need to tailor our treatment and approach to each individual.

Jessica Chi is the director of Eyetech Optometrists, an independent speciality contact lens practice in Melbourne. She is the current Victorian, and a past national president of the Cornea and Contact Lens Society, and an invited speaker at meetings throughout Australia and beyond. She is a clinical supervisor at the University of Melbourne, a member of Optometry Victoria Optometric Sector Advisory Group and a Fellow of the Australian College of Optometry, the British Contact Lens Association and the International Academy of Orthokeratology and Myopia Control.