Connect with:
HomeminewsChristchurch Optom One of First to be Re-established
minews
author: Melanie Kell

Christchurch Optom One of First to be Re-established 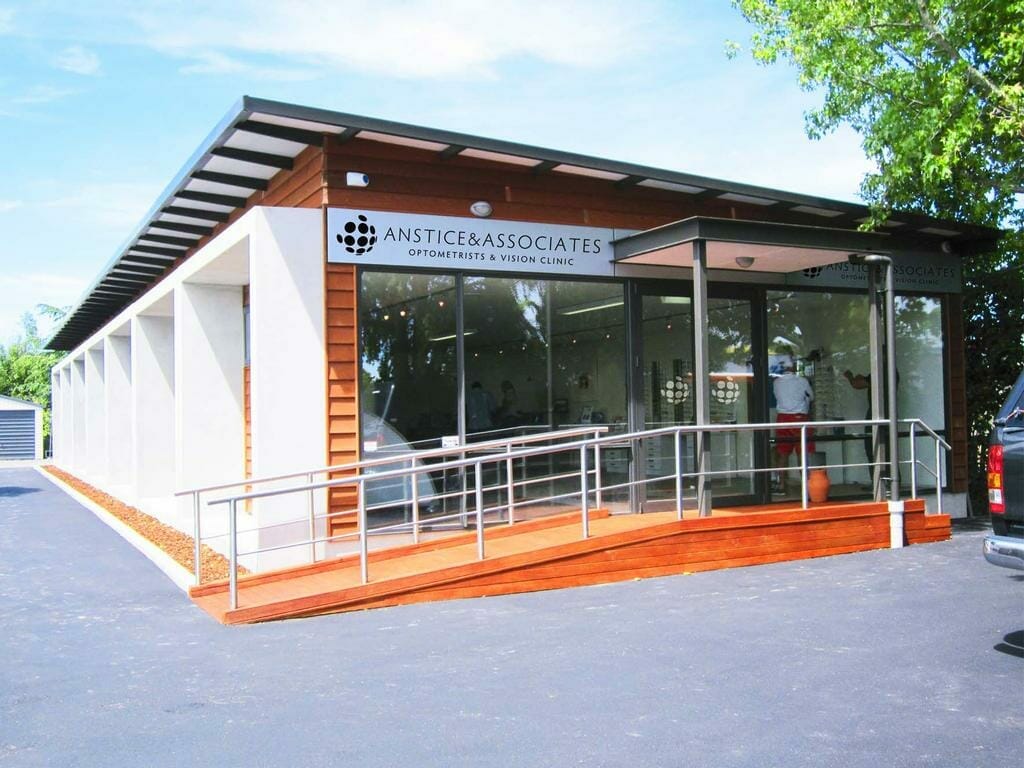 A Christchurch optical practice that was completely destroyed by earthquake damage in 2010 and 2011 has been re-opened for business.

Anstice & Associates Optometrists is one of the first businesses to be up and running on its original site at 10 Clyde Road Ilam.

John Anstice said the road to recovery has been long and difficult. “Our original double brick building was 101 years old – a beautiful grand old building with cornices and ceiling roses. But the mortar had turned to sand and so in the earthquake, it crumbled.”

All staff were in the building at the time of the quake but fortunately no-one was hurt. Mr. Anstice managed to return to the premises before it was sealed off to collect some of the undamaged equipment, however most equipment, stock and display stands were sent to landfill.

Now, four months, on, the practice is operating from state of the art premises. “Our new building is designed to withstand whatever nature throws at it,” said Mr. Anstice. Isolation pads were laid over the foundation before seven pre-constructed concrete pods, each weighing 26 tonne, were transported to the site by truck and moved into place. To complement the modern practice Anstice & Associates has refreshed its brand image with an updated logo and improved website.

While waiting for the new premises to be built, Anstice & Associates was fortunate to be able to operate from a small weatherboard house just 200 metres from the original practice. “It took us about six weeks to find alternative premises because straight after the earthquake, prices escalated and property owners wanted long leases,” said Mr. Anstice. “Eventually we found a little old house, close to the university and in terrible repair. Not even the students had taken it. At least it kept us going.”

Mr. Anstice said the city around his practice is slowly being re-built although some commercial areas are still being assessed by Geo-technicians to determine the most appropriate approach to construction. Additionally, he said, there were delays in residential areas. “There are lots of hold-ups with private dwellings as the authorities need to look at the land to determine whether or not it can be re-developed. In many areas there is severe liquefaction so that during a shake, liquid bubbles up from underground, a lake forms and then it dries and turns to dust. Re-location decisions will be made and residential re-building should start by the second half of this year.”

In the meantime, he said, business is solid. “Some optometrists have left Christchurch, but those of us here are quite busy.”

He added that the threat of another earthquake is constantly top of mind. “You sort of get used to the shaking until there is a big shake, then you wonder whether it’s going to get stronger. And when I hear the rumble of a truck on the street, I find myself wondering whether it really is a truck – or another quake.”

History in Action: Optometry History Made in East Timor