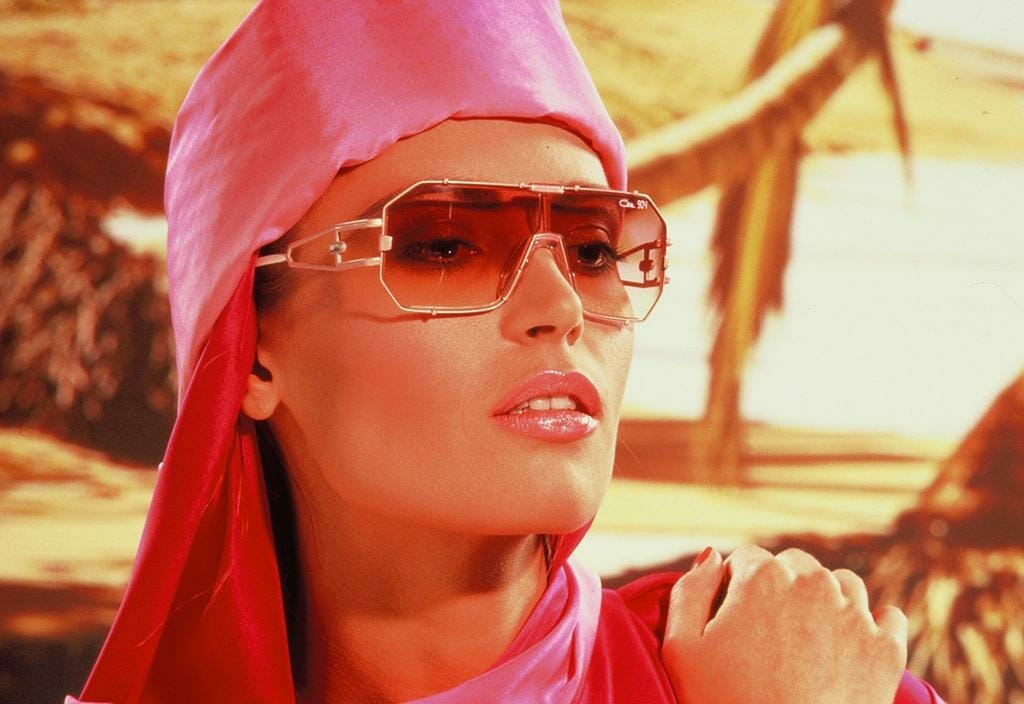 It’s a status that most designers would covet – the ability to turn their brand, their style into something that defines an era, or a generation. But what turns good design into cult design? In the second of our two-part interview with British ophthalmic historian Neil Handley, author of Cult Eyewear: The World’s Enduring Classics, he discusses the importance of image creation and the power of celebrity in developing a brand.

Drive down any city street, and you’ll see examples of iconic brands; brands that are so familiar that they have permeated our culture (whether we like it or not). Think McDonalds, Pepsi, Qantas. We know these brands. We’ve most likely used their products and can instantly bring to mind their logos. Sure, they have loyal customers, but if these products aren’t available, we’re happy to substitute.

But cult brands are in a class of their own. Cult brands capture our hearts and minds. Whilst Apple is considered an iconic brand, it also has cult status. Why else would Apple fans queue up for days for a smartphone that looks pretty much the same as the last model?

Cult brands define us: to be a Happy Little Vegemite is to be Australian. Purchase a Harley Davidson and you’re not just buying a bike, you’re buying the freewheeling, rugged outlaw image.

… the vast majority of the frames I describe were not only worn in their historic day, but would attract a ready market if re-issued today

In his book, Cult Eyewear: The World’s Enduring Classics, author Neil Handley, the curator of the British Optical Association Museum at the College of Optometrists in London identifies more than 30 eyewear brands that have achieved cult status.

Freely admitting it is a subjective list, Mr. Handley has selected brands with either a genuine heritage in the eyewear business, or brands that have been able to offer something so genuinely distinctive and innovative, that it is likely to resonate for decades to come.

mivision asked Mr. Handley what it took for these brands to achieve cult status.

Q: Is cult eyewear, by definition, innovative – or are their particular features and styles that you see repeating over time?

A: There is precious little new under the sun and many manufacturers are now imitating vintage styles although perhaps more of them should read my book because they sometimes get their history a bit wrong, for example, completely misconstruing what was actually popular in the 1950s.

Some recurrent themes are the constant switching in the preference for either metal or plastic, the moves towards rimless (almost always followed by a re-adoption of full frames), a minority market for natural materials like horn or even wood and a much larger market for classic styles.

The Wayfarer for example began as a Ray-Ban shape but is now practically a generic term for a particular style of frame. As there is a limit to what shapes and technological features will fit on a human face the freedom for manoeuvre is often confined these days to matters of colour, decorative finish and texture… but I could equally have said the same thing 40 years ago.

Q: How important are celebrities in helping a particular frame achieve cult status?

A: Pierre Marly was a brilliant designer but his reputation rests mainly on his celebrity client list. Those celebrities consciously chose to patronise his business but today too many companies are out to sign up celebrity endorsement without any real thought beyond the short-term publicity.

I took delight in writing about how celebrities can go off-message and wear the frames of rival companies to those they are supposed to be promoting. Everyone claims Sir Elton John for themselves but his patronage is so widespread as to be commercially meaningless.

In 1960 Rodenstock recommended that its customers follow the example of ‘successful racing driver’ Graf Berghe von Trips. That was shortly before he died in a crash at Monza killing 15 spectators in the same accident. No wonder some companies like De Rigo are pioneering the use of ‘ordinary people’ to be their brand ambassadors.

Q: Is it the eyewear itself, or the celebrity association or advertising that makes these glasses attractive?

A: It is either/or and (more rarely) a combination of both. My chapter on Robert la Roche concentrated on the marketing angle although the frames were certainly very well designed. My chapter on Police almost exclusively concerns the marketing of the brand, the entire thrust of which they have been brave enough to alter. Some of the brands in my book are less well known, precisely because of their smaller marketing budgets, but quality will always be recognised.

Q: Your book features a number of people whose image is closely associated with their spectacles – our own Dame Edna, John Lennon, Elvis Presley, for example – how important are spectacles to the development of a persona?

A: Crucial. The silent film star Harold Lloyd felt that he was truly released as an actor only when he adopted his trademark spectacles. Spectacles can therefore be a theatrical prop for near constant use (as with Lennon from the later 1960s) or occasional use (as with Sir Winston Churchill). And it can work the other way: Adolf Hitler’s aides purged any photographs of their leader wearing reading spectacles in case it acted as a barrier to the connection of Der Fuhrer with his people.

Q: Many brands in the book are extremely well known while others pride themselves on being small. I’m thinking here of the quote from Cutler & Gross Chief Executive Majid Mohammadi: “When you are a true luxury brand you can’t be big because then you are not exclusive.” Does a company need to maintain exclusivity to achieve cult status?

A: Iconic status can be as the result of public exposure, being worn by celebrities (Lennon, Presley etc.) and this phenomenon is not new. The Venetian theatre manager Goldoni provided perhaps the first celebrity endorsement of tinted spectacles as early as the 1790s.

Sometimes when a brand becomes more popular, the image becomes diluted and its devotees move on to another brand.

Other brands can develop cult status over time simply by surviving long enough in the market to develop a vintage reputation. That is the main reason why people still buy, for example, Ray-Ban or Persol even though these are now mass-produced brands.

‘Cult’ status on the other hand is not necessarily exclusive. The dictionary definition I favour (one of several) is that of a dedicated following. This can be a mass following as equally as a minority interest.

Q: Are there any common threads running through the brands you’ve selected that helped them achieve cult status? Is it an attitude within the company? Dedication to design? Chance?

A: The stories I tell in the book are all very different. Often there was a dedicated individual involved. Often that individual claimed to have acted because the available eyewear was boring, but they can’t all have been the first!

‘Attitude’ is a difficult concept. Cutler & Gross had it in early 1970s London, l.a. eyeworks and Oliver Peoples had it in the States in the 1990s and some of the newer German brands have certainly shown it in the opening years of the current century.

Attitude is what earned those brands a mention in my book, but their approach was not the only one. I cite Silhouette for their willingness to evolve and reinvent themselves. By contrast, Cazal continues to prosper because it refuses to be swayed too much by contemporary concerns. I suppose that’s a form of ‘attitude’.

Q: How important are concept frames’ in advancing eyewear design?

A: I deliberately set out to strike a balance between the concept frames that have featured in illustrated books before and the ordinary frames, which were what people actually wore. I could have filled the entire chapter on Anglo-American with concept designs but chose to feature their award-winning bestsellers as well. In fact the vast majority of the frames I describe were not only worn in their historic day, but would attract a ready market if re-issued today.

Q: What is the most unusual frame you’ve come across?

A: Oliver Goldsmith’s ‘Pyramid’ frame of 1966 was designed to accompany a specific hairstyle. It simply doesn’t work when worn in any other way, but when viewed off the face – simply as an aesthetic object – it is still a very powerful piece of design.

Q: Do you have any personal favourites – in brands and in particular frames – as a result of your research?

A: Yes, a pair of my own spectacles appear in the book (on page 176), but I have several others by different makers and like to swap them around.

Of the brands that are now defunct I felt drawn to the story of Austrian frame designer Serge Kirchhofer, so far the only eyewear pioneer to have been convicted of mass murder. He was a brilliant genius who lived a flamboyant lifestyle as a result of his success but who fell victim to greed and made the mistake of sheltering behind the political establishment when it is a lesson of history that all political establishments eventually fall. He died in prison. As part of my research I visited his personal archive, which has been preserved in Vienna, and met his brother who could not have been more charming and helpful. I hope my book will ensure that he is remembered for some better reasons too.

Cult Eyewear: The World’s Enduring Classics is published by Merrell. mivision purchased its copy of the book for review.