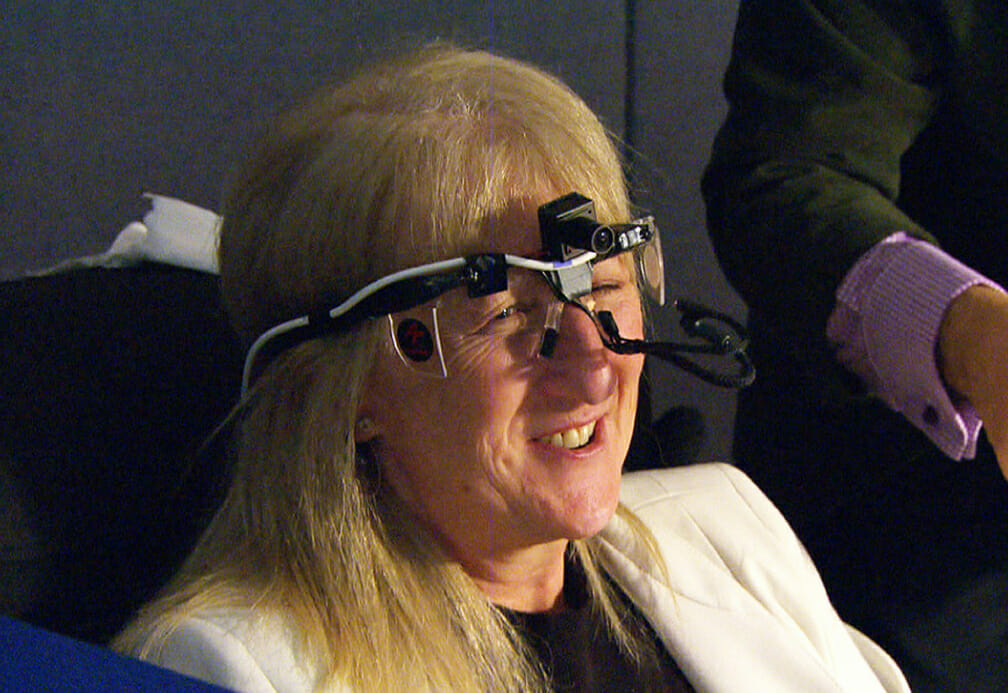 Bionic Vision Australia (BVA) is an important step closer to developing a viable bionic eye having trialled its vision system with two patients in ‘real world’ situations at the NICTA laboratories in Canberra.

The world first trial took place on 30 April when a depth camera and sophisticated computer vision algorithms were used in an effort to facilitate better orientation mobility outcomes for patients.

“These algorithms can detect trip hazards on the ground and enhance their appearance in the phosphene image,” said Dr. Chris McCarthy, a senior researcher at NICTA, which is part of the BVA consortium.

He said the algorithms had been trialled by NICTA previously using a simulator and were found to provide significant benefits. “Last week we observed similar outcomes for our patients. The use of depth information and these algorithms is a unique aspect of BVA’s approach,” he said.

For the trial, patients Dianne Ashworth and Murray Rowland were tasked with navigating an obstacle-filled maze while wearing the depth camera and back-pack computer to assist their sight. During a series of randomised trials, the obstacles were moved into different positions to test the device’s ability to detect their position.

There are two bionic eye devices being developed by the research team from BVA: a wide-view bionic eye, with 98 electrodes, in which the implant is embedded in the suprachoroidal space; and the high-acuity device, which will have up to 1024 electrodes (although in the first instance the researchers are aiming for 256 electrodes). For this device, the implant will sit on the retina.

Electrodes on the implant send electrical impulses to stimulate cells in the retina that connect to the optic nerve. These impulses are then passed down along the optic nerve to the vision processing centres of the brain, where they are interpreted as an image.

BVA’s patients who have received implants have previously been working with the research team in a laboratory setting using a prototype with a small lead wire that extends from the back of the eye to an external connector behind the ear. This system is connected to a unit, which allows researchers to stimulate the implant in a controlled manner to study what patients perceive.

As reported in mivision late last year (October 2013) researchers have spent many months conducting tests with the aim to complete a phosphene map by matching each stimulus or pulse sent to the electrode with the pattern the patient sees. Information collected from each participant’s phosphene map has been used to preset more complex shapes like letters and numbers.

The process has been painstaking because each given stimulus will appear differently to each patient.

Additionally, researchers used tracking devices to monitor the participant’s gaze to detect where he or she was seeing the pattern in space. A tracker on the patient’s index finger enables the patient to draw in space what they’re seeing, as and where the shapes appear.

BVA’s retinal implant requires a patient to have a functional visual pathway from the retina to the brain along the optic nerve, as well as some intact inner retinal cells (particularly the ganglion cells). As such, the technology aims to address retinitis pigmentosa and age-related macular degeneration.

Ultimately the researchers aim to build a mobile phone sized autonomous vision system to control the process of sending stimuli to the electrodes, with a camera that sits on a pair of glasses.