A Window into the Brain and Body 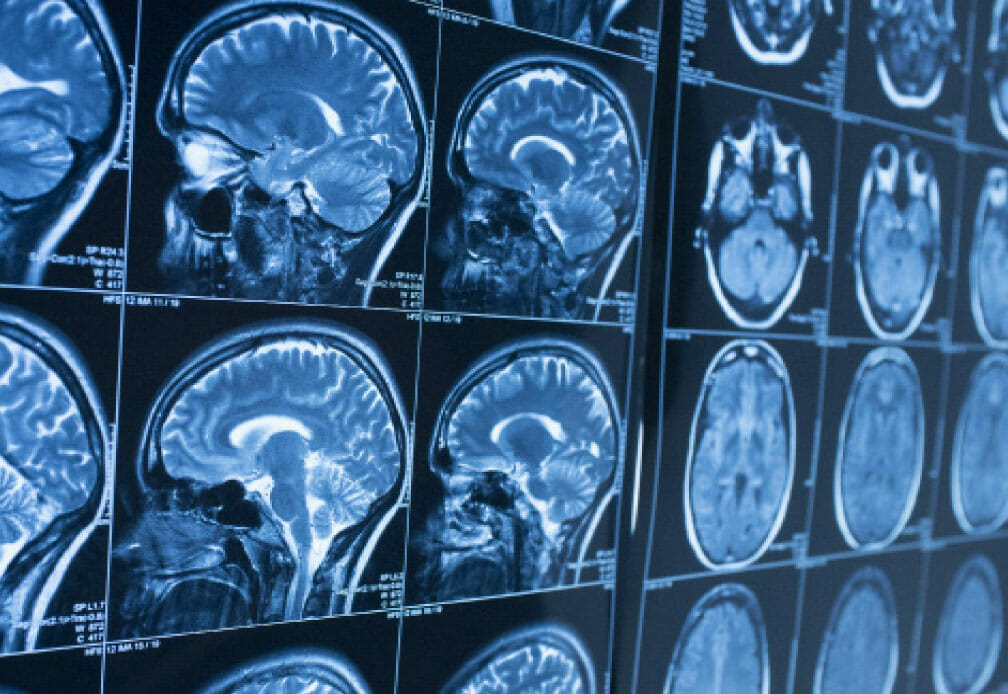 The eye is a unique window into the brain and body that provides vital insights we can use to better understand and treat disease.

Saccadic eye movements – fast movements of the eye – are an excellent way to study the human motor system. Easily and accurately measured, saccadic movements provide insight into how the normal brain works, how diseases can affect eye movements, how eye movement abnormalities can be diagnosed, and how they can be used to study diseases and/or their treatments.

There are several types of saccadic movements, generated by slightly different pathways in the brain, and they are classified as spontaneous, reflexive, and volitional. In a review published in Neuro-ophthalmology and Neuro-otology researchers wrote that different diseases are associated with distinctive patterns of abnormal saccadic movements. For example, patients with stroke show abnormalities of voluntary saccades. The researchers note this can lag behind motor recovery, and suggested that saccadic movements could help to monitor cognitive/nonmotor recovery from stroke.

Additionally they noted that patients with Parkinson’s disease showed an impaired ability to anticipate target motion. This, they proposed, could relate to deficits of gait initiation and termination.

According to the review authors, current MRI criteria can predict the conversion to clinically definite MS with high sensitivity and specificity in optic neuritis and other clinically isolated syndromes

In Huntington’s disease, abnormalities of saccades have been well established,

Antisaccade errors were also noted in a number of patients studied who were later proven, by autopsy, to have had dementia, including frontotemporal dementia (FTD), PSP and Alzheimer’s disease.

The Impact of Graves’ Disease on the Eye

Graves’ Disease (GD) is an autoimmune disease that has an annual incidence of approximately 14 people per 100,000. It is most prevalent in iodine sufficient countries, accounting for 70 to 80 per cent of all thyrotoxicosis cases.

GD can occur at any age although its incidence peaks in people aged in their 50s to 60s and in a ratio of women to men of five to one. According to limited research available, the disease is more prevalent in Caucasians and Asians than Africans.

Although typically classified as an organ-specific autoimmune disease, GD can affect organs other than the thyroid, including the eyes, skin and joints. Functioning of other organs can also be impacted when thyroid hormones are in excess.

Ophthalmopathy, characterised by enlarged and inflamed orbital tissues, especially retro-orbital fat, is the most common extrathyroidal feature of Graves’ Disease, and probably the most psychologically disturbing of its features. According to researchers, enlarged thyroid ophthalmopathy is clinically present in about 50 per cent of all GD patients and can significantly affect a patient’s quality of life due to their change of appearance and functionality.

Because the ocular muscles are often enlarged this can impair their vision by:

1) diplopia because of incoordinated eye movement,

3) optic nerve compression, particularly at the apex of the orbits leading to visual field loss and associated secondary glaucoma.

To date the cause of Graves’ Disease is not clear. Researchers believe ophthalmology may be “due to an autoimmune reaction against antigens shared by the thyroid and orbital tissues, among which the TSHR is the most reasonable candidate”.

The most common initial treatment is with anti-thyroid drugs however long term treatment “should be tailored in each individual patient according to several variables, including age, severity of hyperthyroidism, goiter size, presence and degree of ophthalmopathy, as well as patient’s personal preference”. These longer term treatments can include a course of anti-thyroid drugs, radioactive iodine or surgery.

Rehabilitative surgery, such as orbital decompression, muscle or eyelid surgery should be considered when the eye disease is inactive. Fortunately, the majority of patients have a mild ophthalmopathy for which no major treatments are required, and patients are given local measurement (e.g. eye lubricants, sunglasses) or, based on a recent study, selenium.”

A review published in The Lancet has stated that it is critical to clinically distinguish typical optic neuritis from atypical forms in the acute phase in an effort to guide management.

The authors wrote that typical optic neuritis can resolve spontaneously. Conversely, atypical optic neuritis left untreated can lead to irreversible visual loss. In this instance it often requires “urgent treatment with corticosteroids, with slow wean and, sometimes, chronic immunosuppression” as long as no treatable causes such as infection, vasculitis, tumour related or granulomatous diseases such sarcoid are present, as these need to be excluded first.

According to the review authors, current MRI criteria can predict the conversion to clinically definite MS with high sensitivity and specificity in optic neuritis and other clinically isolated syndromes.

In terms of prevalence, they state: “optic neuritis is the presenting symptom of MS in 25 per cent of cases and occurs during the disease in about 70 per cent, usually in the relapsing–remitting phase. Long-term follow-up studies before MRI reported conversion to clinically definite MS in 34 to 75 per cent of patients presenting with optic neuritis in the UK and USA.”

Additionally, 50 per cent of patients in the USA and 61 per cent in the UK were observed via MRI to have disseminated white-matter lesions suggestive of demyelination. The authors noted that these “clinically silent MRI lesions” predisposed the patient to future clinical events and led to clinically definite MS. “In the North American Optic Neuritis Treatment Trial (ONTT), 72 per cent of patients with an abnormal brain scan converted to MS after 15 years, compared with 25 per cent with a normal scan.”

There remains work to be done to find an effective treatment for acute optic neuritis. Typical forms of optic neuritis are treated with high-dose corticosteroids, which shorten the period of acute visual dysfunction but do not affect the final visual outcome or prevent axonal loss.

Prolonged immunosuppressive regimens are often required to treat atypical forms of this disease.

The authors wrote that “after optic neuritis the degree of neuroaxonal loss correlates with quantitative measures of visual dysfunction.” For this reason, they said, “a key area of therapeutic research is to identify neuroprotective drugs that can prevent long-term axonal loss and hopefully lead to better visual outcomes”.

They noted that the development of effective neuroprotection in optic neuritis also has implications for treatment of MS.

Dr. Dennis Lowe BSc(Med), MBBS. FRACP, FRACS, FRACO is an ophthalmic surgeon and fully qualified neurologist. He practises in both ophthalmology and neurology with interests in neuro-ophthalmology and laser surgery for diabetes, glaucoma and cataracts. He operates at the major teaching hospitals in Australia (St. Vincent’s, Royal Prince Alfred and Sydney Eye Hospitals); has lectured both in Australia and overseas and is currently the court examiner for the Royal Australian and New Zealand College of Ophthalmologists. He has been performing refractive surgery for over 20 years, has been involved in voluntary work as part of surgical teams to Vietnam, China and Tibet and has been featured in GQ magazine, and on SBS radio and 60 Minutes.