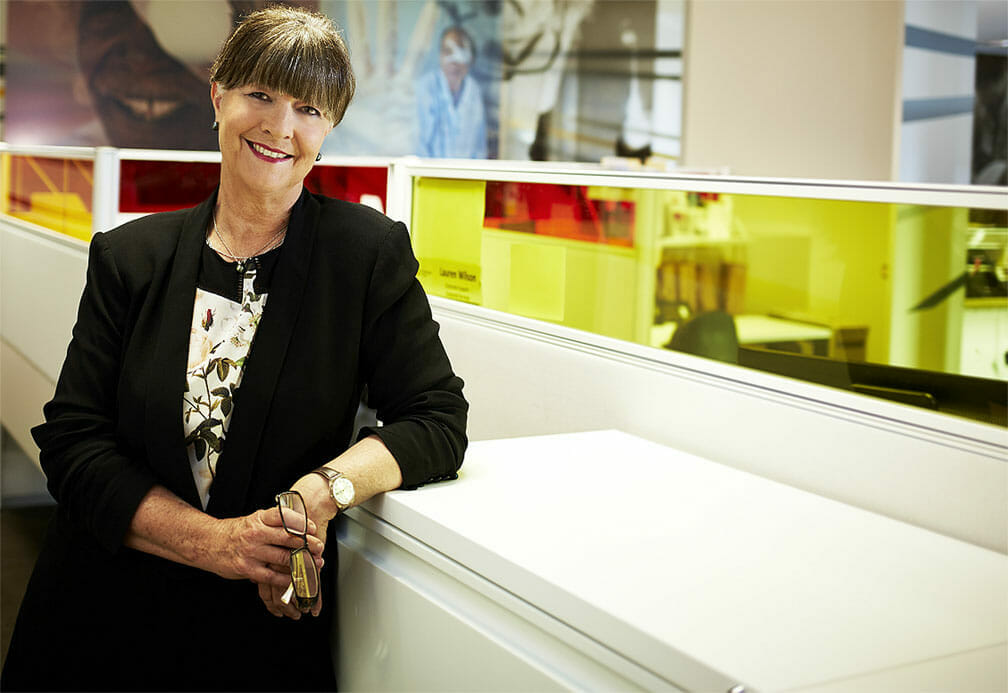 Gabi Hollows, Founding Director of The Fred Hollows Foundation, has been awarded the inaugural Ryman Prize in recognition of her tireless work over more than two decades to help restore sight to those most in need.

The Ryman Prize, which comprises a US$150,000 annual grant, is awarded to the best work in the world that has enhanced quality of life for older people. Awarded in New Zealand, it is open to anyone, anywhere in the world with “a bright idea”.

Ms. Hollows said receiving the award was an honour. “Winning the inaugural Ryman Prize was a great surprise. I feel very honoured to have been presented the award by Nobel Laureate, joint winner of the 1991 Nobel Prize for Medicine, Professor Erwin Neher. The ceremony was held at Ryman Healthcare’s Edmund Hillary Retirement Village in Auckland which was very special to me because Sir Edmund was one of Fred’s Heroes and I was born the week that he and Tenzing Norgay summited Everest. I am very proud to accept this award for all of Fred’s team, especially our generous donors!”

Ms. Hollows set up The Fred Hollows Foundation with her late husband Professor Fred Hollows. Together, they gathered a team around them to tackle the problem of preventable blindness in the developing world and Aboriginal and Torres Strait Islander communities.

The Fred Hollows Foundation now works in more than 25 countries, providing affordable, high-quality, sight-restoring surgery to some of the poorest people in the world.

In the 23 years since The Foundation was established, more than one million people have had their sight restored. Many of those helped are older people with cataracts who could not have otherwise afforded surgery.

“In many cultures they believe that when your hair goes grey your eyes go grey as well and there is nothing you can do about it.

“Fred strongly believed that everyone had the right to have their sight restored, no matter where they lived or how much money they had. The joy you have in giving back someone’s sight is the most amazing thing in the world.”

“Fred had a vision of ending avoidable blindness. With the help of our partners and supporters, The Foundation continues to work to make Fred’s vision a reality.

“One part of this process is eliminating trachoma, with our focus on Ethiopia and Australia – the only developed country in the world where trachoma is endemic. Blinding trachoma is a debilitating eye infection which can cause permanent blindness and right now, more than 76 million people in Ethiopia are at risk of contracting trachoma. The Fred Hollows Foundation has teams on the ground in Ethiopia fighting trachoma. With surgeons, nurses and health workers we are getting the antibiotics, the training and the surgery to those who need it most.”

Ms. Hollows was selected by the Ryman Prize’s international jury from nominees around the world.

Speaking at the award presentation in Auckland, Professor Erwin Neher said, “We had many high quality entries from around the world which made it difficult to choose a winner. We were impressed with the profound and measurable impact that the work of Gabi and The Foundation have had on so many older people and their communities around the world. She is a deserving winner of this prize.”