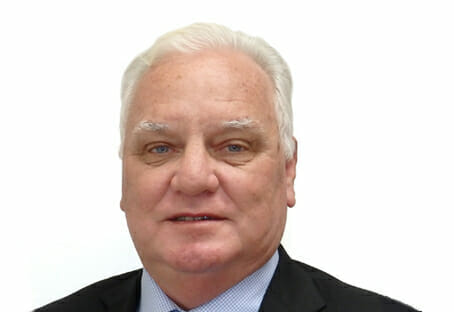 A second new optometry group has emerged in the wake of the April launch of George and Matilda by former Luxottica CEO Chris Beer.

Better Eyecare is an Australian company with plans to aggregate existing profitable practices into a new group that will compete with corporate optometry.

Owned and operated by Paul Sheehan (60 per cent) in partnership with Chartered Accountant Anthony Anderson (40 per cent), Better Eyecare aims to go nationwide although it will target practices on the eastern seaboard states in the immediate term to achieve initial scale.

This is a new and exciting phase for Mr. Sheehan, a qualified optometrist who has a long history in optics. Mr. Sheehan was a board member of Optometry Australia (then Optometrists Association Australia) and the NSW Board of Optometrical Registration. He was instrumental in establishing strong optometry relationships with health insurers (formerly heading up NIB Eyecare), and most recently owned and operated Mylens, a contact lens wholesale and distribution business. In 2014 Mr. Sheehan was appointed chairman of the Medical School Advisory Board at Notre Dame University in Sydney, a position he continues to hold.

“This is a good time to aggregate practices,” Mr. Sheehan observed to mivision. “We are seeing further corporatisation of what was a cottage industry and this is inevitably leading to a fracturing among independent practitioners. Sole practices are under increasing margin pressure and they are finding it difficult to establish economies of scale to compete with vertically integrated models like OPSM and Specsavers.

“Our portfolio practices will benefit from a robust operating platform and head office offering treasury, human resources, payroll, and other administrative support. It is a model that will allow practitioners to maintain their focus on patients without the worry of administrative functions.”

Additionally he said practitioners would be contracted for continuing employment as part of the sale agreement.

“This, and a co-branding strategy, will ensure a continuance of practice goodwill,” said Mr. Sheehan, adding that it would also offer optical practitioners the benefits of being part of a sizeable retail group, and for some, a staged exit strategy from practice.

“At a time when practitioners are subjected to growing competition and stress of margins, Better Eyecare represents a liquidation event for vendors plus continuance of practice in the security of a group managed by two optometrists: myself and my employee Michael Tanzer,” he said.

Mr. Sheehan said there was no corporate backing behind Better Eyecare. He declined to provide details of practices that have already been acquired by Better Eyecare saying, “all dealings with vendors are being handled with the highest level of professionalism and strict confidentiality.”