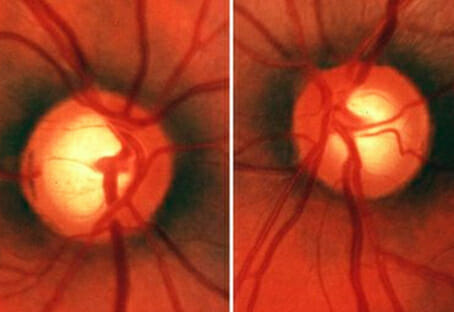 Half of all people with glaucoma in Australia remain undiagnosed, prompting the Australian College of Optometry (ACO) to hold an interactive workshop on 8 October to help optometrists become more proficient in glaucoma diagnosis skills.

ACO workshop presenter ophthalmologist Dr. Liu believes one of the biggest challenges of diagnosing glaucoma is tackling a disease that is usually asymptomatic until the late stages.

“Early identification of patients who are at risk or have early damage is important whereas prompt management is needed for those with newly diagnosed glaucoma with visual loss. This can be addressed with opportunistic screening of all patients to exclude glaucoma or those at risk of developing glaucoma,” said Dr. Liu.

“At the initial consultation, the appearance of glaucoma can be classic, subtle or uncertain. Sometimes the diagnosis can be made by observing changes over time. Serial imaging of the optic disc and retinal nerve fibre layer is most useful in these cases.”

Dr. Liu said while there have been some advances in imaging the clinician’s to diagnosis is most important. “One needs to consider glaucoma as a diagnosis of exclusion given that it is essentially an asymptomatic disease until its late stages.”

He said the focus of the workshop would be “to convey an approach to glaucoma, highlighting some pearls and potential pitfalls along the way. Angle closure is under diagnosed and the technique of gonioscopy will be presented.”

Dr Liu encourages optometrists “to consider glaucoma as part of a disease spectrum that starts with risk factors leading to early glaucomatous damage that can lead to visual loss.

“Optometrists are our front line defence against visual loss in our community as they are usually the first port of call for patients with an eye problem. Therein lies the opportunity to perform opportunistic glaucoma screening.”

The ACO’s Glaucoma Diagnostic Skills Workshop will provide an overview of the range of techniques that are available for the assessment of glaucoma. A number of interesting case studies will be followed by an extended practical session, during which skilled optometrists will demonstrate glaucoma diagnostic skills at individual stations including visual fields, OCT, clinical photography, binocular indirect ophthalmoscopy, non-contact tonometry and pachymetry.

The Glaucoma (Diagnostic Skills) Workshop will be held at the Australian College of Optometry on Saturday 8 October, 10am – 4.30pm. It has been accredited with up to 18T CPD points. To register, visit aco.org.au