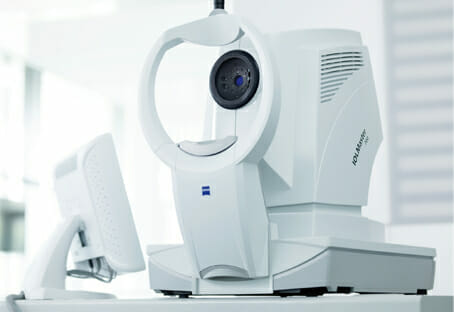 What will intraocular lenses look like in the future, how precise will the vision they deliver be… and will we need them anyway?

In 2017, the average cataract surgeon has a standard deviation error of 0.50 dioptres (D), a mean absolute error of 0.4D and gets to within +/- 0.50D of intended refractive endpoint 67 per cent of the time.

Years ago, Norrby2 demonstrated that 16 variables contribute to the prediction error after cataract surgery. The top five of the 16 explain 99 per cent of the error and the top of these is the effective lens position. Following this is the actual refraction, so there is an error in the reproducibility of a simple refraction, third the axial length, fourth the K readings and lastly the pupil size.

So, what has made a difference in improving the effective lens prediction? Well basically, we have improved the formulae. The thin IOL vergence formulas (Binkhorst, Holladay 1 and SRK) used effective lens position, anterior keratometry, axial length, and refraction and IOL power. They were the variables. The real improvement was when we moved to a thick IOL vergence formula (Holladay 2, Olsen 2 and the Barrett) because they include the above five, an estimation of the posterior aspect of the cornea and also the radii of the IOL, the front and back surface. What happens next lies in the realm of ray tracing (Findl and Olsen formulae) and what are termed neural networks and the best known of these is the Warren Hill radial basis function formula. The neural networks work on a simple number of variables, the five or seven listed above, as well as looking for interrelated combinations, which can impact on the effective lens position. If the information is accurate, it will lead to an improvement.

Roberts et al3 published in Clinical Experimental Ophthalmology and using a sample size of 300 right eyes from 12 different surgeons, found that for long (>24.50mm) and short (<22.00mm) eyes the Barrett (thick lens) and Hill RBF (neural network) formulae did better than other formulae. There was a trend for improvement across all axial lengths but this is not definitive in this paper and probably a reflection of numbers enrolled.

Basically it means we should no longer use thin IOL vergence formulae.

Coming next is Swept-Source optical coherence tomography (OCT). If we remember the standard error with immersion A-scans was 100 µm; for optical coherence it is 25 µm (currently used by most surgeons) and for Swept-Source OCT it is 8 µm. There are other advantages of Swept-Source OCT, as it will almost certainly allow us to measure the posterior corneal curvature rather than relying on estimations or less precise calculations of its power. The more accurate the information, the better these formulae will perform.

What has allowed us to get value from these formulae is optimisation of the ocular surface. The recognition that evaporative dry eye is common, particularly in the cataract population group, and that it can be dealt with prior to biometry and keratometry to improve the quality of these measurements is now well understood. This combination of improvements, optimisation of the ocular surface and better formulae have in turn led to a greater penetration of low powered toric intraocular lenses. Dr. Rick Wolfe,4 at the recent AUSCRS meeting on Hamilton Island in July 2017, presented data to show that approximately 85 per cent of intraocular lenses he uses are toric intraocular lenses and the majority of these are T2, meaning very low powered toric IOLs. This is only possible with modern formulae and an optimised ocular surface. Otherwise there is too much noise in the system. We may not yet be at the point where, as Dr. Wolfe suggests, astigmatism of greater than 0.50 per cent following cataract surgery could be considered a complication, but certainly it is less than a desirable outcome, no matter what type of intraocular lens is used.

We have probably come to the limit of chopping and changing intraocular lenses with the latest version trifocal intraocular lenses. Trifocal intraocular lenses in Australia are available in three forms from Alcon, Zeiss and Bausch + Lomb and these are all excellent lenses, which give patients the most certainty of true freedom from glasses for all activities. They are limited by their designs and they all produce haloes and rings around lights at night, which fade with time but never disappear completely. Additionally there is a subtle, sometimes evident, drop in the quality of vison compared to an aspheric monofocal lens. The next step will be a truly accommodating IOL. These have been talked about for two decades and it is probable that in 2018 the first trials of the Fluidvision IOL from PowerVision lens will be trialled in Australia. This will be a true trial based on a prototype design, with the initial clinical studies having been performed in South Africa. This lens is an accommodating IOL. With accommodative effort, the silicone in the haptics is moved and alters the shape of the optic, allowing for accommodation to occur. There are many things to work out with this lens, particularly regarding the degree of accommodative effort required, the amount of accommodation that will be achieved and sustained, and the safety of the IOL retention within the eye. It will begin the step towards replicating what is really needed in intraocular lens surgery.

On 12 July 2017, US patent 9,662,199 was granted to Strathspey Crown, an American based private equity company. The patent was for a camera integrated ocular smart implantable intraocular lens. This smart intraocular lens enables WiFi, GPS and Bluetooth capability and transmits to a person’s iPhone or computer. When turned off, it acts as a normal intraocular lens. It is powered by sunlight so simply opening your eyes will allow it to regenerate its power and Strathspey Crown hopes to have a pig model towards the end of 2018. The company’s belief is that given the prevalence of wearable smart devices, why wouldn’t it make sense to have these implanted – particularly if it can be turned on and off and it is placed inside an implant that is required in any event for the restoration of sight. This brings out so many questions about IOL design, longevity of the lens inside the eye, upgrades to the smart IOL, and security issues regarding the ability to hack into what somebody else is seeing.

Do we need artificial lenses anyway? Research from China by Lin et al,5 published in Nature on lens regeneration using endogenous stem cells, identified lens regeneration that occurs in mammals and equatorial lens stem cells found around the edge of the capsulorhexis in paediatric patients capable of cell renewal. They are four years into human lens regeneration trials. Questions remain as to whether the lens will be optically normal and this is nowhere near ready for routine use, but is an interesting path.

Clinical Associate Professor Michael Lawless was one of the first ophthalmic surgeons in the world and the first surgeon in the Southern Hemisphere to perform femtosecond laser for cataract surgery. His areas of specialisation are laser vision correction, cataract surgery, lens surgery, refractive lens exchange and corneal transplants.