As I See It: Fair Game 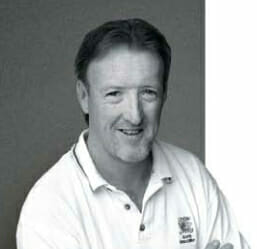 One of the leading issues in world sport today is the issue of ‘fairness’, not that you would ever hear or read of it put in such a term. The ability to compete on the ubiquitous ‘level playing field’ seems to be universally admired, yet certainly not universally pursued![/vc_column_text][/vc_column]

‘Cheating’ you will often hear of at all levels of sport. It is a straightforward and damning term. No one wants to be labelled a ‘cheat’ whether it be in the suburban netball competition, local golf club, Major League anything or Le Tour de France.

Playing the game, competing as a team or individual in serious, social or recreational activities can be done in a quite intense manner without bending the rules, let alone breaking them. While the written rules are clear for everyone to see, the unwritten ones concerning ‘sportsmanship’ and the fair conduct of a contest can be quite different.

The FINA World Championships swimming tournament were held in Manchester recently. Over 40 world records were broken, which is a testament to the dedication and discipline of those athletes who spend thousands of hours swimming up and down a pool sized chlorine tank watching a black line, yet the biggest discussion point before, during and after the showpiece event of world swimming was NOT about athletic prowess.

Fortunately it was also not about positive tests for steroids or recreational drugs (the sport tests widely during and outside competition times) as swimming seems to have cleared that muddy water unlike a number of other sports.

The controversy was about the swimsuits that many, but not all, chose to wear. It was widely admitted that a certain polyurethane model gave a significant advantage, by way of extra buoyancy (a very handy edge to have in water!) and the records of some of the world’s best swimmers, American legend Michael Phelps being the main one, but the records of Australians Ian Thorpe and Grant Hackett also went by the wayside. These records were broken not by the incremental tenths of a second that so often marks the creep of speed records in numerous sports; they were broken by five to ten seconds in a number of cases.

Swimming took the front page as the argument raged as to what was ‘fair’. I spoke to former Australian distance freestyle champion Kieren Perkins at the time and he was very clear that the poly’ suits were providing significant advantages, and he felt that those who wore the controversial (yet allowed) togs did not have times reflective of their real ability.

That’s okay if everyone wears them, isn’t it? However, not all swimmers from all countries have access to the technology and some that do so choose not to wear them (Phelps included) because they said it was not the ‘sporting’ thing to do. Of course these suits were deemed legal by the ruling body so no one was breaking any of the written rules. They duly jumped on the podium and chewed their medals, perhaps testing to check they were real, unlike their performances in the water.

Phelps felt so strongly about the issue that he has threatened to boycott any future events that allow their use. That is the equivalent of Tiger Woods or Roger Federer boycotting a Major or a Grand Slam because the opponents were using new technologies rather than their naturally developed talents.

FINA have promised to put an end to the controversy by banning the new technology, yes, but what are the competitors going to wear now, and what will it be made of? The only solution is nude swimming, great for television ratings, but not in prime time!

Golf clubs with extra rebound, cricket bats with fibre glass reinforcement, racing cars with wings and computer controlled suspensions – these advances are not so much about fairness, but all a part of being ‘citius, altius, fortius’ (‘swifter, higher, stronger’).

The Australian A League soccer will introduce a ‘diving’ video review to penalise players from falling to the ground in search of a free kick or penalty when the nearest defender was a suburb away (you know, like the Italian bloke who scored a 9.9 and cost us the last World Cup). The rest of the soccer world has avoided such obvious remonstrations for decades. Don’t they want their great game to be played fairly, in a sportsmanlike manner?

Major League Baseball has condoned the taking of steroids for the building of muscle tissue and strength for years, swept the findings under the pitchers mound and stuck their collective heads in the sand. Even now they debate whether it is ‘fair’ to expose the culprits who have been caught with their fingers in the hypodermic jar, and there are hundreds of them!!! Their problem is that many of the greatest achievements in the American game are tainted by those who sought an advantage through chemicals, not elbow grease, to expunge the records would make the great American pastime look, well, anything but great.

Swimsuits are not drugs, but the effect is the same. We try and teach our kids to live lives in fairness and equality, two fine human characteristics; we just now need their role models to feel the same way.

The Last Word: Slow Down