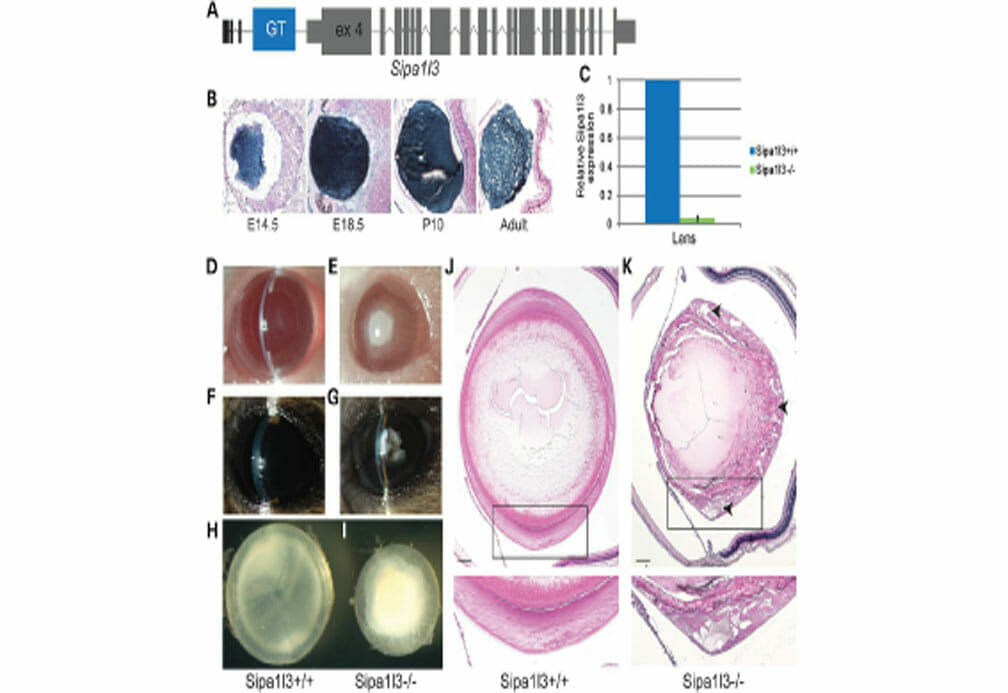 Clinicians and scientists from the Eye Genetics Research Group, at Save Sight Institute in Sydney, are working to identify and treat blinding genetic eye conditions which affect both the anterior (cornea and lens) and posterior (retina) parts of the eye. This includes offering a genetic diagnosis for conditions, which affect millions of people worldwide, such as congenital cataracts, glaucoma, retinal dystrophies and other inherited eye diseases. The vision impairment associated with these conditions is often irreversible, untreatable, and worsens with age.

A genetic diagnosis is helpful in providing clarity about the specific type of genetic eye condition, potential prognostic information, and is also a critical element in the subsequent development of highly targeted emerging treatment options, such as genome engineering and stem cell applications.

Genetic diagnosis is especially useful where there may be no-one else affected in the family. This can help parents understand future genetic considerations, and can also help affected individuals once they reach adulthood to know the chances of their children inheriting the condition. Depending on the inheritance pattern, this can be a less than 1 per cent chance, or it can be up to 50 per cent.

Next Generation Sequencing (NGS) has been a game changer…

Until recently, we’ve rarely been able to provide people with this information because the human body has around three gigabytes of data wound up in its chromosomes, with coding for about 21,000 genes.

In the past, it was almost impossible to offer families a genetic diagnosis because it cost around AU$2,000 and three months to analyse just one gene with the previous gold-standard, Sanger sequencing methodology. When you consider that there can be 50–100 genes on the suspect list, you realise that in some cases it may have taken $200K and 25 years for a result. This was not particularly helpful or feasible!

The challenges of obtaining, managing and analysing such enormous amounts of data in the past, made genetic diagnosis extremely difficult and expensive.

Next Generation Sequencing (NGS) has been a game changer, offering high-throughput sequencing of large quantities of DNA data for analysis, and incorporating a number of different technologies which allow us to sequence DNA more quickly and less expensively than in the past, revolutionising the study of genomics and molecular biology. There are a number of possible genomic techniques including targeted NGS, clinical exome sequencing (CES), whole exome sequencing (WES) and whole genome sequencing (WGS). These offer increasing amounts of sequence data generation, and can be used in various research applications. We are analysing these techniques for best possible applications in the clinical diagnostic setting in genetic eye disease, and these will become increasingly available as the costs fall with improvements in the technology.

We are collaborating with national and international next-generation sequencing facilities and have already made molecular diagnoses in patients where this was previously not possible. We have so far looked at around 160 children and adults, achieving a detection rate of about 70 per cent for patients with congenital cataracts and about 60 per cent for those with retinal dystrophies. There are still patients and families where a genetic diagnosis has not been possible so far, but we are making good progress in this area, using detailed research applications of the genomics technology. Using these approaches we have identified several novel candidate disease genes.

After discovering a novel disease gene, our task is to understand how it works. Model systems are used to determine the underlying pathophysiological mechanisms and for preclinical work to develop new treatment strategies for the vision impairment.

At Eye Genetics Research Group, we have used genomics, cell-based and animal model studies in our identification and investigation of the novel disease gene Signal Induced Proliferation Associated 1 Like 3 (SIPA1L3). This novel disease gene is implicated in congenital cataracts, which encodes a previously uncharacterised member of the Signal Induced Proliferation Associated 1 (SIPA1 or SPA1) family, with a role in Rap1 signalling.

This work was recently published in the prestigious journal, Human Molecular Genetics, which used an image from Eye Genetics Research Group’s publication on the journal cover.

Our findings showed that abnormalities of SIPA1L3 in human, zebrafish and mice contributed to lens and eye defects, and we identified a critical role for SIPA1L3 in epithelial cell morphogenesis, polarity, adhesion and cytoskeletal organisation. Intriguingly, interrogation of the cBioPortal for Cancer Genomics revealed that somatic abnormalities of SIPA1L3 were present in over 40 cancer types, many of epithelial origin, suggesting that dysfunction of SIPA1L3 may also contribute to the phenotype of some malignancies, paving the way for further investigation in this field.

In our retinal work, we have made significant headway in genomic strategies for novel disease gene and variant identification particularly in the retinal dystrophies (Prokudin et al, 2015).

At Eye Genetics Research Group, we are now translating our genomics research to clinical availability of next generation sequencing (NGS) for diagnostic testing. We are using our expertise in cell-based and animal model assays for functional investigation of novel retinal disease genes we discover.

Genome Engineering
Genome engineering, including CRISPR technology, can be used to investigate the function of disease genes and application to novel treatment strategies

The CRISPR technology allows precise gene editing to create specific mutations that can be used for disease modelling, and is also a technique for specific correction of gene mutations.

iPS Cell Applications
Induced pluripotent stem (iPS) cell applications are patient skin cells made into cells that can be differentiated to relevant eye cells and used in the development of therapeutic approaches.

Induced pluripotent stem (iPS) cell applications are particularly useful as a cell-based model system in the retinal dystrophies, since these tissues are not generally accessible pre-mortem.

Studies in rodents have shown that stem cells differentiated to retinal cells can deliver healthy retinal cells into the diseased retina, and these approaches are being tested in early trials in humans. We now have expertise in differentiation of hiPSCs to retinal pigment epithelial (RPE) cells (hiPSC-RPEs), through work with our collaborator Associate Professor Alice Pebay, University of Melbourne.

We are applying these techniques in investigation of a recently identified novel retinal disease gene, which we identified using whole genome sequencing. We have determined that this gene is expressed in specific layers of the retina, but little is known about the function of the encoded protein. We have used CRISPR technology, to generate two mouse lines: one with the precise orthologous missense mutant allele, and a second with a frameshift, loss-of-function mutation. We have developed a functional genomics pipeline to determine the disease mechanism using our cell and animal based models.

The significance of this project is underlined by the fact that many of the genetic retinal dystrophies currently lead to incurable blindness. There is hope for treatment with recent results from gene therapy trials indicating encouraging signs of success towards vision improvement, and stem cell studies in the first phases of investigation in humans. Success of our approaches in functional investigations and steps in gene correction and other experiments towards treatment for this gene, will be able to be applied to other patients and families with mutations in disease genes that are identified.

Associate Professor Robyn Jamieson heads up the eye genetics research group at Save Sight Institute in Sydney. She was recently granted research funding for work on genomics, genome engineering and model systems related to this work.